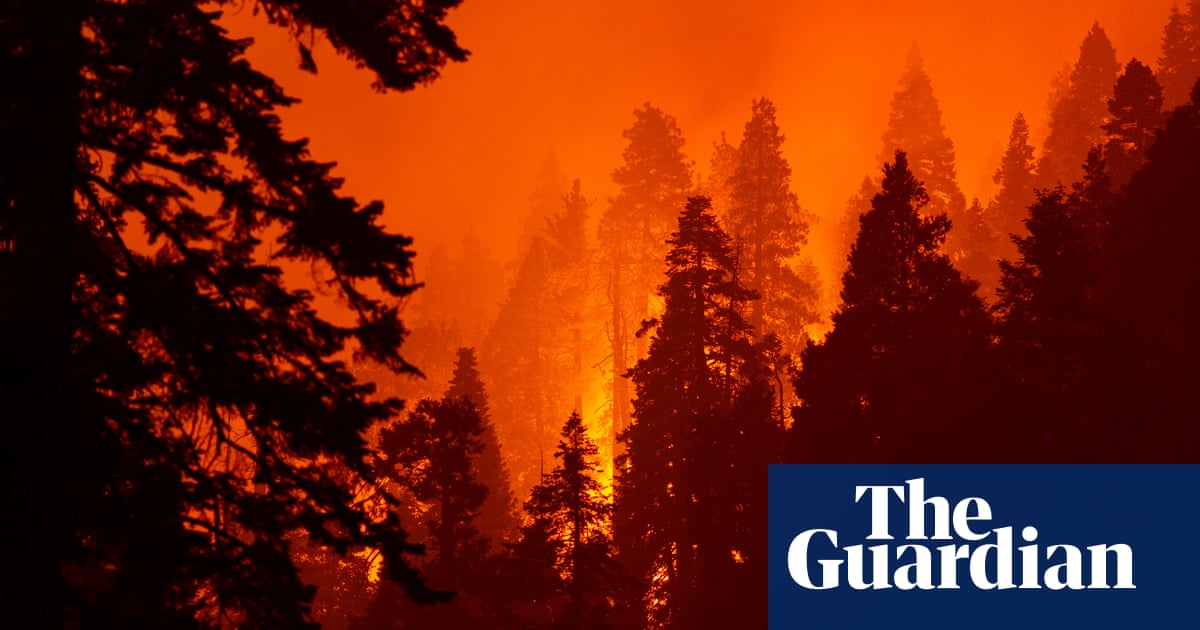 Firefighters on the US west coast reported more progress in the battle against wildfires that have killed more than 30 people and destroyed entire communities. But much of the region is enveloped in a thick layer of smoke that has now affected large swaths of the country.

Aided by better weather, fire crews in Oregon on Tuesday gained more ground against the massive blazes that have scorched 1m acres and destroyed hundreds of homes in the state.

The death toll of the fires in the state appears to stand at eight, the Oregonian reports, after the sheriff’s department in Jackson county revised down the number of confirmed fatalities there by two. State officials said they were still working to confirm the change.

Thousands of residents remain evacuated in congregate shelters and hotel rooms, and 22 people are still confirmed missing, according to the Oregon Office of Emergency Management.

Meanwhile, debilitating smoke continues to choke the region, with air quality in the city of Portland ranking among the worst in the world.

Smoke clouds have grown so large that they are “obscuring the sun” and cooling temperatures on the east coast, according to the National Weather Service in Baltimore-Washington.

The smoke prompted Alaska Airlines, along with its regional carrier Horizon Air, to suspend all flights in and out of Portland, Oregon, and Spokane, Washington, and several smaller airports until Tuesday afternoon.

Oregon’s department of environmental quality has said residents should expect the conditions to last, with an air quality alert in place until at least Thursday.

“I grew up in Oregon and lived here a long time, and to see this much smoke for this long and wide spreading, really stands out in the state’s history,” said Dylan Darling, a spokesman.

A growing body of research paints a bleak picture of the effects of wildfire smoke on the human body. “Wildfire smoke can affect the health almost immediately,” Dr Jiayun Angela Yao, an environmental health researcher in Canada, told the Guardian earlier this month. Yao co-authored a study for the University of British Columbia this summer showing that, within an hour of fire smoke descending upon the Vancouver area during recent wildfire seasons, the number of ambulance calls for asthma, chronic lung disease and cardiac events increased by 10%.

The Oregon governor, Kate Brown, on Tuesday requested a presidential disaster declaration for her state, arguing it would bring much-needed resources to response and recovery efforts. “Oregon is strong. Oregon is resilient. But to fight fires of this scale, we need all the help we can get,” Brown said in a news release.

In California, 16,600 firefighters were battling 25 fires on Tuesday after being able to largely put out two blazes on Monday. More than 20 people have died in wildfires in the state since mid-August, when fire season kicked off early with a freak barrage of dry lightning.

Donald Trump on Monday visited California, ignoring the scientific consensus that climate change is playing a central role in the catastrophe and revived his claim that poor forest management is mostly to blame.

Scientists say it is clear that global heating is playing a role in the fire disasters, with drier, hotter atmospheric conditions having left landscapes across the west more prone to burning.

A century of fire suppression is, paradoxically, another reason some for the huge explosive fires.

West coast governors in recent days have passionately pleaded with the country to recognize the impact of climate change. Washington’s governor, Jay Inslee, this weekend argued that the wildfires should be rebranded as “climate fires” and called climate change “a blowtorch over our states in the west”. Brown described the fires as “truly the bellwether for climate change on the west coast”.

“The debate is over on climate change,” said Gavin Newsom, California’s governor. “Just come to the state of California.”