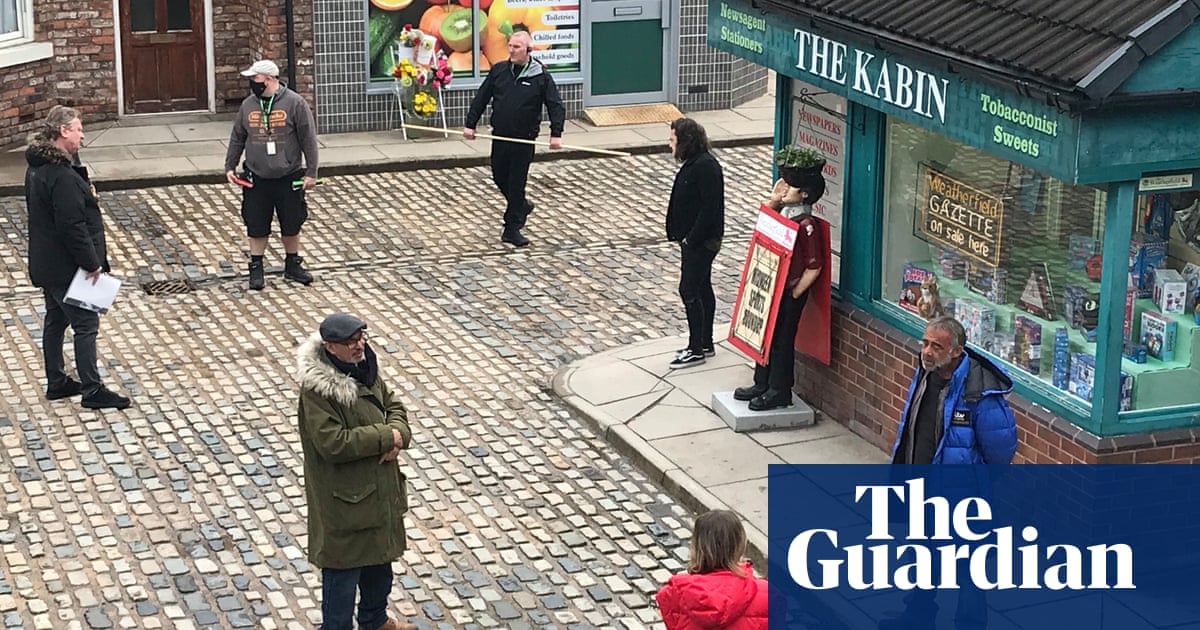 Production of Coronation Street has been disrupted after an actor on the soap opera tested positive for coronavirus, the Guardian has learned.

The actor found out they had Covid-19 at the end of last week, affecting the shooting schedule and forcing adjustments to filming, according to individuals on the programme. The news is a high-profile blow to the wider UK television industry as it attempts to restart drama production during the pandemic.

Coronation Street has remained on air throughout the lockdown period, with the ITV ratings winner returning to socially distanced filming in May, much earlier than rivals such as the BBC’s EastEnders. It has introduced measures such as having two metre-long sticks to keep actors apart in order to allow filming to continue.

A spokesperson for ITV confirmed the incident: “We can confirm a member of the Coronation Street team has tested positive for coronavirus. The protocols we have in place for such an eventuality have been implemented and the individual is now self-isolating at home.”

Coronation Street is produced at ITV’s purpose-built studios in Manchester, close to a number of recent outbreaks. The broadcaster said it did not believe anyone had been within two metres of the individual affected but as as a precaution the production team who were working with the individual have been notified.

ITV said it had also undertaken an intensive clean of the area where the actor was working and areas of the building they visited: “We believe the situation has been contained and filming continued on Monday.”

Tens of thousands of staff in the British television industry are desperately hoping that safe filming of dramas can resume, with government furlough and self-employment support schemes due to end next month. Production companies have gone out of their way to devise innovative ways to shoot dramas that maintain social distancing regulations, with physical distancing measures including actors kissing through perspex.

This is harder for soaps and some could find themselves struggling to keep filming on air as infection rates are expected to increase over the winter.

One of the biggest concerns for television production companies is the struggle to get insurance for shows that are disrupted due to the infection of a leading star or a coronavirus outbreak on set once filming is under way.