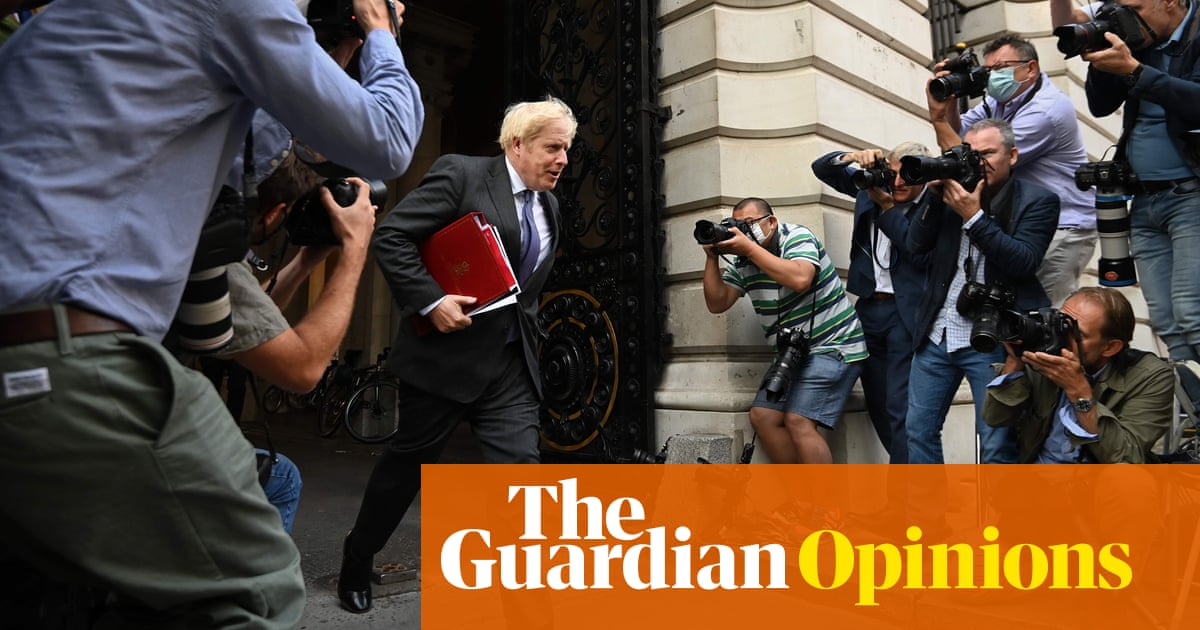 There are cases in history of national leaders being coerced into treaties. Yet only Boris Johnson claims to have signed an international agreement by mistake. In the prime minister’s telling, the UK was bamboozled into a substandard Brexit deal last year. Events were moving “at pace”; the politics were “challenging”; European rules were smuggled into the small print. So parliament must pass a law disagreeing with the agreement. To fix the deal, the deal must be broken.

When did Johnson notice his mistake? He cannot answer the question without identifying himself as a crook or a swindler. Either he failed to understand a text that he signed or he knew he was beaten by Brussels and mis-sold the defeat as victory in a general election.

When describing the deal, the prime minister has often said untrue things about tariffs, customs and the requirement for border controls at Irish Sea ports. He has a record of describing the reality he wants, not the one he faces. The EU side has complained, but then accepted assurances from officials and ministers that the Northern Ireland protocol would, contrary to Johnson’s bluster, be honoured in full.

Hardline Tory MPs have also periodically asserted that the whole thing can go in the bin, and that they only voted for it with fingers crossed anyway. But Brussels found that less threatening. The warped British Eurosceptic imagination has been a backdrop to summits and treaty negotiations for decades.

The pattern, even before Brexit was on the agenda, has been for Conservative leaders to indulge wild things that are said about Europe on their backbenches, but to leave the crazy talk behind when they board the Eurostar. There was always a tacit and mutually understood distinction between the pantomime of domestic politics and the serious business of international statecraft.

That line became ever harder to police once the UK was committed to Brexit. There was no practical way to deliver in policy terms what had been promised in campaign rhetoric. Theresa May’s government was broken by the effort. Her deal fell into the gap between two incompatible ideas of “Europe”: the cartoon enemy depicted by Brussels-bashing newspapers, and the real institutions, valued by every UK prime minister until the current one.

By reneging on the terms of a treaty negotiated with those institutions, Johnson’s internal market bill inaugurates a new chapter in UK-EU relations. It dissolves the pragmatic foreign policy tradition in an acid bath of Europhobic paranoia. The prime minister justifies the bill’s repudiating clauses on the grounds that Brussels threatens the “territorial integrity” of the UK. He conjures the prospect of a “blockade” – vindictive obstruction of agricultural goods flowing from the rest of Britain to Northern Ireland. It is a depiction too twisted by mendacity to work even as a caricature of the facts.

Under the withdrawal agreement, Northern Ireland ends up with a different customs and regulatory regime to the rest of Britain, unless the differences are eliminated by a free-trade deal. That condition followed from the need to avoid the restoration of a hard land border, which all sides agreed would sabotage the Good Friday agreement. Since Johnson’s preferred Brexit model takes Britain out of the single market and customs union, the legal requirement for an Irish Sea border comes into effect. This is something the UK has chosen to do to itself.

But there is a concern in Downing Street that UK businesses operating in Northern Ireland would also be subject to Brussels regulations regarding industrial subsidy. The rules might “reach back” from Belfast to the rest of Britain. That is the European regulatory tentacle that Downing Street is determined to amputate, because EU state aid regulation would make it harder to divert taxpayers’ money into a British Google, or national unicorn-breeding facility.

The righteous indignation about goods not reaching Northern Ireland from the rest of Britain is an affectation; Johnson’s polemical engines belching out clouds of hypocrisy to confuse the issues. The withdrawal agreement contains a mechanism to resolve disputes over barriers to trade, but clearly the prime minister has no intention of submitting himself to that authority. Friction at the border grows in direct proportion to the UK government’s refusal to implement the deal. In the style of small-time gangsters down the ages, Johnson is offering protection from a threat that he is himself making.

That is the context in which the government’s claim to be seeking only technical adjustments – breaking international law in a “specific and limited way” – needs to be understood. It should be heard in the cynical inflection of a man resting a baseball bat against a shop window and telling the proprietor what a shame it would be if his premises were to come to any harm.

Brussels cannot grant concessions on those terms. EU leaders still want a deal, and would gladly build some technical ramp for Johnson to climb down with his pride intact, as they did last year. But it is getting harder to envisage such a thing and easier to plot a trajectory of deepening British perfidy.

It is conceivable, if talks break down, that Johnson would simply refuse to uphold his side of the Northern Ireland protocol. He could assert a sovereign right to unfettered trade across the Irish Sea, defying Brussels to find its own solution to the problem of customs enforcement that would be created on the land border with the Republic. There are Tory hardliners who believe that this would achieve by bullying intransigence something that the prime minister failed to accomplish by negotiation last year. It is a menace that Dublin is watching with rising fury and dread.

That scenario has floated around fanatical Brexiteer circles for a while, but it describes a level of diplomatic delinquency lower than any responsible government would stoop. That might not be restraint enough on Johnson. He does not appear to care about the Good Friday agreement, although he understands that something called “the peace process” makes a fine rhetorical ornament for speeches justifying actions that undermine it. He has been as reckless, unfaithful and self-serving in his relationship with Northern Ireland as in all his other relationships.

Those Tory MPs who are repressing qualms of conscience to follow their leader as he tramples over Britain’s reputation as a law-abiding state might ponder how likely it is that their loyalty will ever be reciprocated. They must have noticed how casually the breach of trust was made, how unburdened Johnson is by the gravity of what he is doing. That is because he is a natural swindler who breaks promises effortlessly. He will reward his most faithful servants with betrayal too, one day.

Much criticism of the internal market bill has focused on the principle of upholding international law, which is a valid cause for alarm but not something that resonates much beyond the Westminster microclimate. The offending text is encrypted in parliamentary jargon. It hardly sounds like breaking the law in a way that most people would recognise in connection with their daily lives. The charges are befogged in abstraction, but this is not a victimless crime. It is an aggression against Britain’s closest neighbours, and a massive fraud perpetrated against the electorate. It is motivated by the dawning, desperate realisation that there is no way to reconcile responsible statecraft with the fulfilment of Eurosceptic fantasy. Brexit is either a treaty or it is a heist. It cannot be both.