New Zealand’s prime minister, Jacinda Adern, has confirmed quarantine rules will be relaxed to allow the Wallabies sufficient time to prepare for next month’s two Bledisloe Cup matches against the All Blacks.

Adern spoke late on Monday to her Australian counterpart, Scott Morrison, in a bid to ease tensions between the two nations after new Wallabies coach Dave Rennie baulked at the scheduling, which he said favoured the All Blacks.

The All Blacks intend for the first match to go ahead on 10 October which Rennie claimed would represent too tight a turnaround for the Wallabies, because the Super Rugby AU season does not come to an end until this weekend.

Under the New Zealand government’s strict quarantine rules imposed upon arrival in the country, players would be in self-isolation and unable to train with teammates until 5 October, putting the Wallabies at a serious disadvantage in terms of preparation, according to Rennie.

He even went as far as to suggest a boycott of the series, but Adern’s government, after consulting with the director general of health, Dr Ashley Bloomfield, offered to allow the Wallabies to train in small groups from the third day of quarantine and as a full squad from day six.

“I just wanted to make sure that he [Morrison] was aware … I was made aware last night that there were a few little rumblings around the arrangements that we had in place,” Ardern told New Zealand radio on Tuesday. 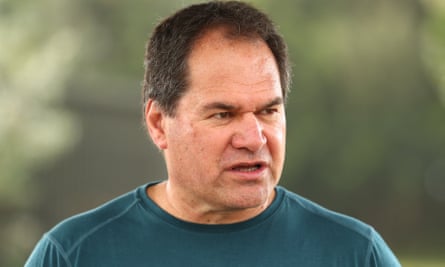 “Always better to get ahead of these things before they escalate. Given we had a bit of a deal – we go there, they come here, we both benefit. I thought he might want to know there were a few discussions as to whether the Aussies were still going to come.”

Ardern on Monday played down concern about voter turnout in the election on 17 October, given it clashes with the second scheduled match. Traditionally, elections and international rugby matches have been kept apart to ensure the best possible turnout at the polling booths.

“I think that New Zealanders are perfectly able to engage in the Bledisloe Cup and an election,” Ardern said. “These are unusual times and I’m pretty sure that we are able, as a nation, to accommodate both a rugby game and an election.

“Ultimately I would rather see us enjoying rugby and a match with the Australians than say we can’t because of the election. I don’t think that would be right.”

Rugby Australia is yet to confirm acceptance of the proposal, but Ardern said she was confident the two matches would now go ahead as planned, before both teams head back to Australia for the Rugby Championship.

“I believe so,’’ Ardern said. “There is no reason for them not to. Given the risk profile for Australians, it is very different to some of the teams we were talking about as part of the Sanzaar tournament.”

New Zealand was handed the two Bledisloe Tests after losing out to Australia on hosting rights for the Rugby Championship, the southern hemisphere competition involving the Wallabies, All Blacks, Argentina and world champions South Africa, due to its tough biosecurity protocols.

New Zealand’s minister for sport, Grant Robertson, said Christchurch was the most likely location for the Wallabies to quarantine, with details of match locations and times yet to be confirmed.

“It will be in a dedicated isolation facility, and they will be able to bus to and from their training grounds,” Robertson told TVNZ.