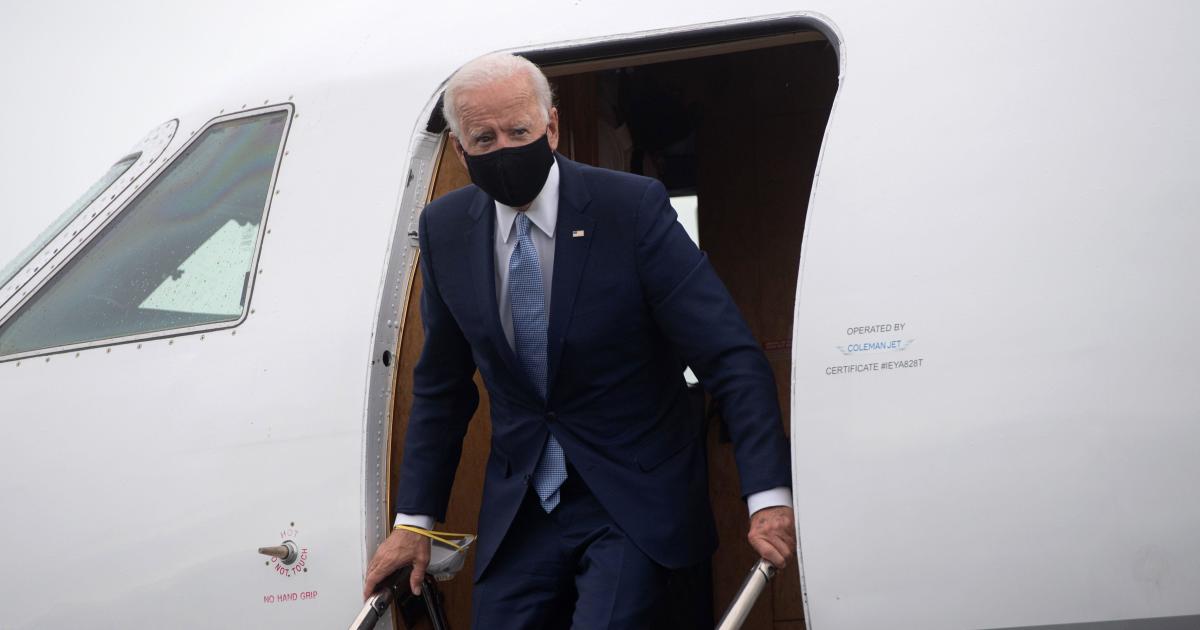 Joe Biden is visiting Florida for the first time as the Democratic presidential nominee, amid questions about his ability to garner support from Latino voters, a crucial voting bloc in the Sunshine State. Biden will mark Hispanic Heritage Month in an event in Kissimmee on Tuesday evening.

“I will talk about how I am going to work like the devil to make sure I turn every Latino and Hispanic vote,” Biden told reporters on Monday about his plans for his trip to Florida.

The former vice president also said that his overall support among Latino voters is “much higher” than support for Mr. Trump, but he acknowledged “they’ve got to go higher.”

Although Biden could still win the White House without Florida, the state is considered a linchpin for President Trump, who won its 29 electoral votes in 2016. Former New York City Mayor Michael Bloomberg has committed to spending $100 million in the state to aid Biden.

However, Biden’s support appears to be slipping among Latino voters, who make up roughly 26% of the state’s population. An NBC News/Marist College poll released earlier this month showed Biden lagging behind Mr. Trump among likely Latino voters, receiving 46% support from likely Latino voters compared to 50% support for Mr. Trump. Exit polls from 2016 showed that the majority of Latinos in the state backed Hillary Clinton, although Cubans were about twice as likely to support Mr. Trump as non-Cuban Latinos.

Although Biden may have an uphill battle to attract Cuban voters, he has sought to strengthen his support among Puerto Rican voters, who also make up a significant portion of the population in Florida. Puerto Rican rapper Bad Bunny allowed the Biden campaign to use his music in an ad which is airing in Pennsylvania and Florida. Biden has also harshly criticized Mr. Trump’s response to Hurricane Maria, which devastated Puerto Rico in 2017.

Others have questioned whether the Biden campaign is doing enough to reach out to the Latino community. Chuck Rocha, a former senior adviser to Senator Bernie Sanders’ presidential campaigns, told CBSN on Monday that Biden was lagging among Latino voters in part because of “a lack of money” from his campaign on Latino outreach.

“The fact of the matter is there’s just not money going to take that message to Latinos as there needs to be,” Rocha said.

Javier Fernandez, a Democrat running for the state Senate in Miami-Dade County, told CBS Miami that there did not seem to be much enthusiasm for Biden among Latino voters in Florida.

Mr. Trump has also been working to appeal to Latino voters in recent weeks. He participated in a Latinos for Trump roundtable in Phoenix on Monday.

Although some Latino voters are wary of Mr. Trump because of his anti-immigration policies, Biden has also faced criticism because of the high number of deportations implemented by the Obama administration. Biden has said that he regrets the deportations of migrants without criminal records under President Obama.