This is not a time for cooking. The weather is so blindingly hot in much of Britain that even the thought of walking to the kitchen – let alone standing there for an extended period of time – is exhausting. But, then again, it is not really a time for shopping, either, unless you happen to get a kick out of maskless idiots lunging at you in the tinned food aisle.

What we all need, really, are recipes that don’t involve any cooking and, ideally, don’t require many ingredients. Luckily for you, I have 17 of them.

First, a classic: the caprese salad. Like the margherita pizza, its colour scheme reflects the Italian flag: there are red tomatoes, white buffalo mozzarella and green basil leaves. Add a drizzle of olive oil and you have a near-instantaneous meal. But when mozzarella gets boring – and, if this summer has taught me anything, it is that mozzarella gets boring unexpectedly quickly – you could always attempt a Mediterranean salad instead. 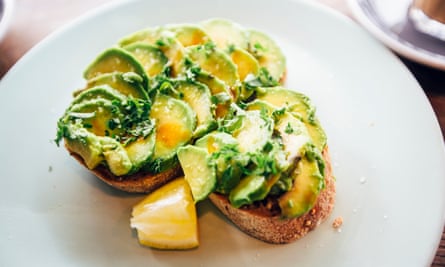 Unsurprisingly, the website the Mediterranean Dish has a very good recipe for this: it is simply diced tomato, diced cucumber and diced parsley leaves, with a little lemon juice, oil and sumac. Technically, this is a side dish rather than a main meal, but at this point it is too hot to quibble.

If that is too much like hard work, ifoodreal has a recipe for an avocado salad that has only three ingredients. Slice up some avocados and put them in a bowl with spring onions and lemon juice. It means you are all but eating guacamole for dinner, but please see my point above about it being too hot.

Then there is the Kim’s Cravings recipe for super-simple hummus chicken salad. It is chicken mixed up in a bowl with some hummus. “But wait,” I hear you say. “I thought this was a list of no-cook recipes?” It is. Buy a rotisserie chicken or use leftovers.

Congratulations, everyone! We have made it to the end of the salad section. You are all very brave and shall be rewarded with cold soup.

The pleasing thing about gazpacho is how endlessly customisable it is. The base is tomato, cucumber, shallot and garlic, but you can pretty much add whatever you like to it. Thicken it with bread or, as the Kitchn’s Emma Christensen writes, throw in some almonds, peppers, fennel or avocado. Just don’t go too crazy. This is not the time for competitive soup-making.

On a similar theme, Martha Stewart’s recipe for sour cherry soup may be a bit too intense for weekday dinner with the kids, but the dish itself – pureed cherries with garlic paste and coriander – sounds like exactly the thing for one of our uselessly hot evenings. 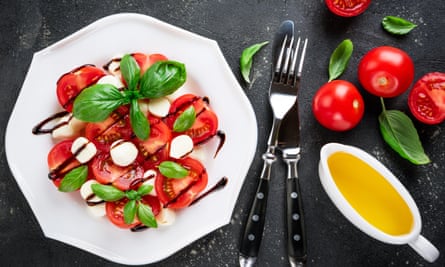 Traditionally, nori wraps tend to involve some amount of cooking, thanks to all the rice, but there are always other options. Wholesome Yum’s ketogenic nori wraps are not particularly traditional – they are seaweed sheets filled with smoked salmon, avocado and vegetables – but they are light, tasty and require just enough assembly to make you feel as if you have achieved something.

But perhaps you have young children. If you do, you will easily spend as much energy convincing them to try seaweed wraps as you would cooking them a three-course dinner. In that case, better to bite the bullet and just give them some wraps. Sliced rainbow vegetables and a dollop of hummus is a perfect starter. But if you want to push the boat out a little – and you have enough dignity not to just shove last night’s leftovers into a tortilla – then Veggie Primer has a recipe for a black bean wrap that is filling and healthy. Alternatively, Minimalist Baker has a wrap recipe requiring hummus, veg, avocado and green curry paste that has made me hungrier than anything else on this list.

Then there is always the lettuce wrap (in which the lettuce is the wrap). Yellow Bliss Road has one of the easiest recipes, involving sliced rotisserie chicken, tomato and avocado.

Bon Appetit’s recipe for peaches and tomatoes with burrata and hot sauce is probably the showiest recipe here today – and I have to admit that I am bending the rules a little. The basic ingredients are peaches, tomatoes and burrata, but you need to make a dressing with hot sauce and honey that pushes it over the ingredient limit. Nevertheless, this warrants inclusion because a) it is delicious and b) you have probably got some honey lying around anyway.

Everyone likes hasselback potatoes. However, this is a list of no-cook recipes and no one wants to eat a raw potato. So let me introduce you to Taste of Home’s hasselback tomato. Get a tomato, slice it almost all the way through a bunch of times, fill the slices with cheese, ham and lettuce – and there you have it: a hasselback tomato.

A grain bowl would be a sensible choice of dinner in this weather, were it not for all the ingredients they require. The Dietz & Watson website has the closest thing to a four-ingredient equivalent, though. Add a grain (a cold pouch of microwave rice, say), a sliced vegetable, some deli meat and either a sauce or some nuts or seeds. There, easy. 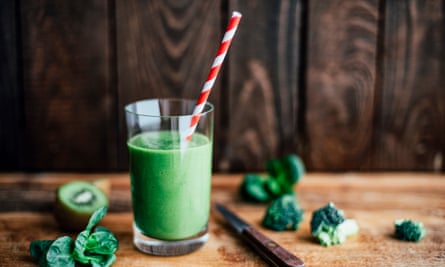 This is going to be an almighty stretch, but do you have any fresh oysters lying around? If so, Sorted Food recommends eating them with a simple mignonette – chopped shallots soaked in sherry vinegar. Just the thing for all the raw oysters by which you are almost certainly inundated.

I have made the executive decision that smoothies count as a dinner if the temperature is hot enough. You already know how to make smoothies, of course, but Pinch of Yum has a four-ingredient green smoothie recipe that – since it includes dates and spinach – should be substantial enough to keep you going.

Our final dish is overnight oats. Chew Out Loud’s recipecalls for oats, milk and honey left in a bowl overnight. It may not count as a full meal, but it is slightly more sophisticated than having a bowl of Coco Pops for dinner, which I did recently.