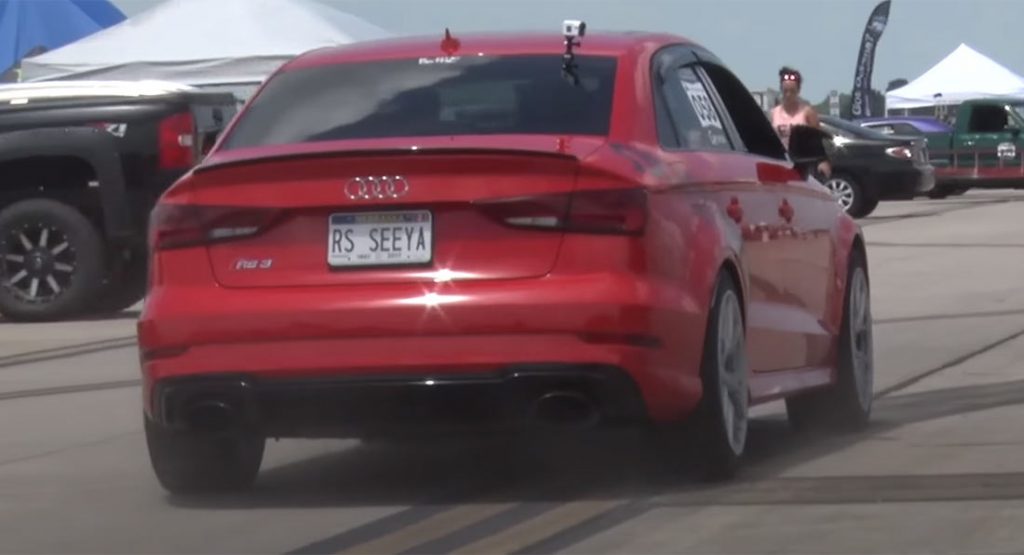 While the RS6 Avant is the king of Audi ’s performance-focused sedans and estates, the RS3 Sedan is very impressive in its own right.

However, the RS3 featured in this video is far from stock. In fact, its powertrain has been modified up to approximately 900 hp. The owner of the car says it is rocking a new turbocharger, has a built motor and new clutches for the transmission and the engine now displaces nearly 2.6-liters. He adds that it cost him almost $40,000 to modify the RS3 to this level and that it is his daily driver.

Thanks in part to the RS3’s Quattro all-wheel drive system and launch control, the tuned RS3 can run down the quarter-mile in a mere 9.8 seconds at 147 mph (236 km/h), meaning it is quicker than pretty much any production car currently on sale.

For those interested in owning an RS3 but not willing to modify its engine, the new RS3 Sportback and RS3 Sedan are just around the corner and being readied for the 2021 model year. This upcoming model will retain the 2.5-liter turbocharged five-cylinder, dual-clutch transmission and all-wheel drive, but will likely be tuned to deliver over 420 hp.