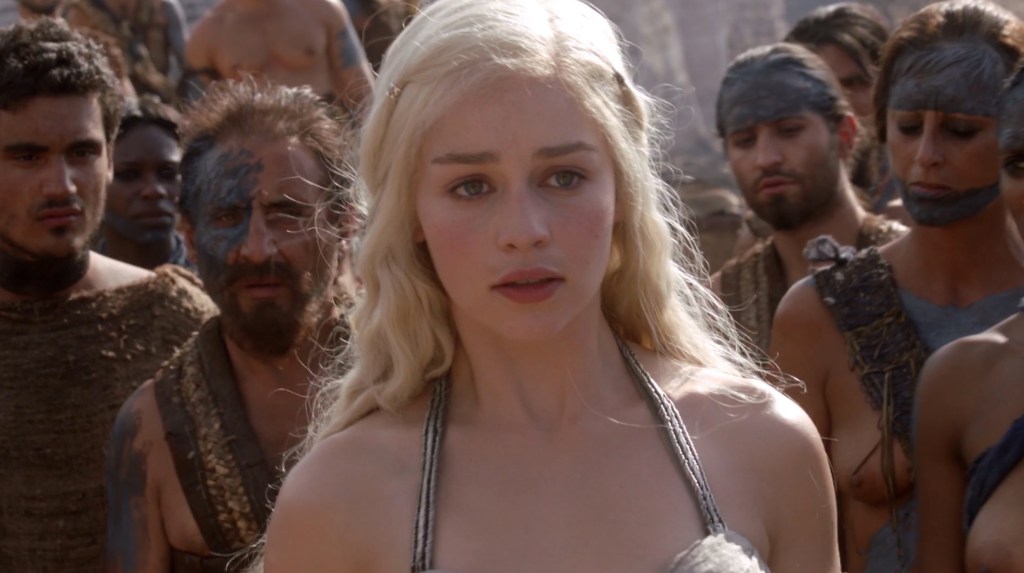 Over the years, the Game of Thrones cast and crew has dropped hints about the HBO show’s original pilot, the one that showrunners D.B. Weiss and David Benioff have threatened to blackmail Kit Harrington with and Nikolaj Coster-Waldau called “unbelievably bad.” The episode has never been released to the public (despite my best #ReleaseTheThronesPilotCut efforts), but for his new book Fire Cannot Kill a Dragon, author James Hibberd spoke to everyone involved about the “complete piece of sh*t.”

Coster-Waldau said that “nobody knew what they were doing or what the hell this was,” Lena Headey admitted that Cersei “looked like a Vegas showgirl… furs and massive hair, like a medieval Dolly Parton,” and Iain Glen complained that you couldn’t see “f*ck all” during Daenerys and Khal Drogo’s wedding scene. Speaking of the Mother of Dragons: actress Tamzin Merchant played Dany in the OG pilot before being replaced by Emilia Clarke, but she made quite the impression during her brief time on the show:

George R.R. Martin: So we’re by this little brook. They tied the horses to the trees and there’s a seduction scene by the stream. Jason Momoa and Tamzin are naked and “having sex.” And suddenly the video guy starts to laugh. The silver filly was not a filly at all. It was a colt. And it was getting visibly excited by watching these two humans. There’s this horse in the background with this enormous horse schlong. So that didn’t go well either.

How very Littlefinger of that horse.

The decision to order Thrones to series (with a re-shot pilot, of course) came down to HBO’s co‑president Richard Plepler, who said, “You could see that some of the casting and the narrative was off. It needed to be fixed; it needed to be reshot. But the overall emotional response was that you could feel how engaging it could be.” Of the many changes between the original pilot and the one that aired on April 17, 2011, including Joffrey’s hair (“It was more pageboy cut, slightly pudding bowl-ish”), the biggest was the re-casting of Daenerys. Momoa says Merchant was “great,” but “when Emilia got there, that’s when everything clicked for me,” while writer-producer Bryan Cogman added, “It’s obvious Emilia Clarke was born to play that part.”

Fire Cannot Kill a Dragon is available on October 6.