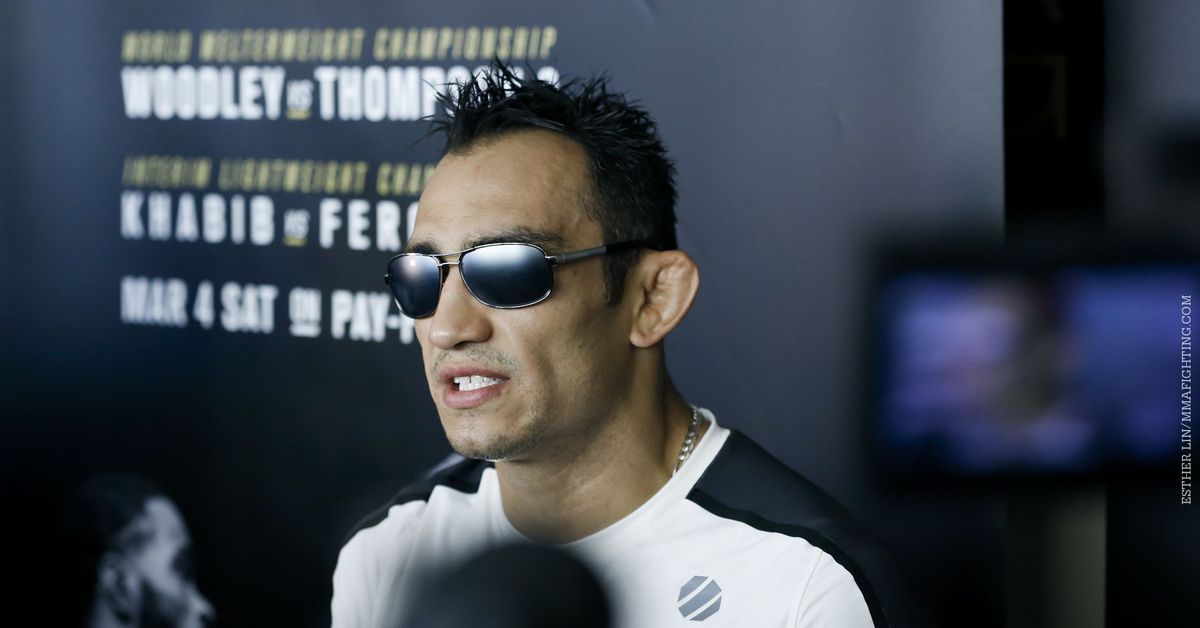 Tony Ferguson still wants his showdown with Dustin Poirier, and he wants the UFC to open up its checkbook to make it happen.

The highly anticipated fight between two former interim champions was in the works for UFC 254 in October with Ferguson and Poirier sharing space on the same card as the lightweight title unification bout between Khabib Nurmagomedov and Justin Gaethje.

Last week, Poirier revealed that he was no longer planning on fighting Ferguson after he was unable to come to terms with the UFC on a deal. UFC president Dana White then said following the event this past weekend that the promotion was moving on from that matchup with plans to find Ferguson a new opponent.

That’s when Ferguson took to Twitter to push for the UFC to strike a deal with Poirier so their fight could move ahead as scheduled.

“Pay the man, Dana White,” Ferguson said on Twitter while also tagging the UFC’s account. “Love ya’ll but let’s give the hardcore and casual fans what they deserve, a good fight sir.”

It didn’t take long for Poirier to respond to Ferguson after negotiations with the UFC broke down just days ago.

“Tony’s the type of guy who would manage his opponent and get him a new contract for the fight to happen,” Poirier wrote.

Tony’s the type of guy who would manage his opponent and get him a new contract for the fight to happen.

As much as White seemed to kill the idea that Ferguson would face Poirier next, the outpouring of support for the fight might bring everybody back to the table again.

Poirier is coming off a unanimous decision win over Dan Hooker in his last outing in June while Ferguson suffered a loss to Justin Gaethje in a short-notice fight in May. Both fighters could also potentially fill a role as a replacement for the main event between Nurmagomedov and Gaethje.

It remains to be seen if a deal will get done but obviously Ferguson and Poirier are doing everything in their power to make it happen.