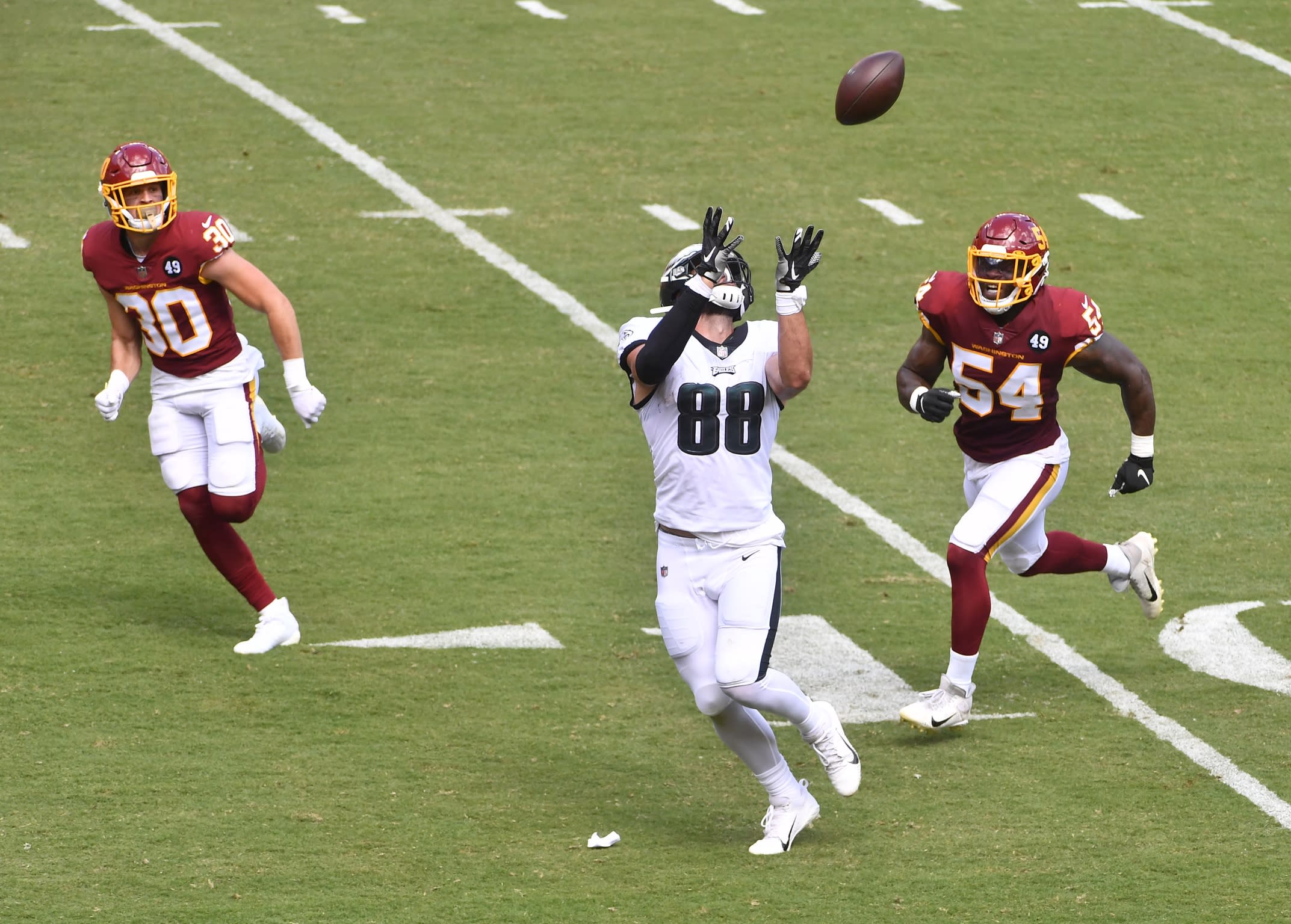 The home side started out flat, going three-and-out and then letting the Eagles take a nice Sunday stroll down the field for a touchdown. Dwayne Haskins began 3-for-12 passing. Philadelphia tight ends took turns finding open spots in the secondary.

Of course, Washington ended up coming back to steal a win in Ron Rivera’s debut. Know what that means?

That means it’s time to go through some of the most upset and bitter tweets that were sent as the Burgundy and Gold were taking on water. The people behind these posts weren’t necessarily wrong in crafting them — what they were watching deserved criticism — but their vitriol sure is fun to look back on now that the result is known.

A lot of people, for example, were ready to yank — not just pull, but yank — the plug on Dwayne Haskins before two complete quarters were played:

That last person should have their account banned, for the record.

How do we start a petition for a new Offensive Coordinator search ? Scott Turner is not the guy !

Scott Turner is in over his head. Calling a terrible game so far

I’m sorry but I genuinely don’t think Scott Turner knows wtf to do without Christian mccaffrey. By week 7 we will have traded all our 2021 picks for him I swear.

When that trade happens, Adam Schefter better be sure to credit @pick4ndpop.

Rivera was getting grilled, too, especially when he passed up on a few go-for-it opportunities on fourth down:

And, overall, some users were already looking forward to 2021:

We need a support group. Nobody deserves this

This is pathetic . Sweat, young, and Collins with ridiculous penalties . This is the same stupid garbage that grudens bunch did . Where is the discipline . Absolutely pathetic

Ah yes. There it is. That sweet, sweet disappointment that comes with being a fan of this goddam team.

Is it OK to get cranky when your team stumbles and then stumbles some more to start a season? Sure. But when that passion pushes you to wonder if Tim Tebow is the superior option to run an offense, that’s a sign that some more chill is needed.