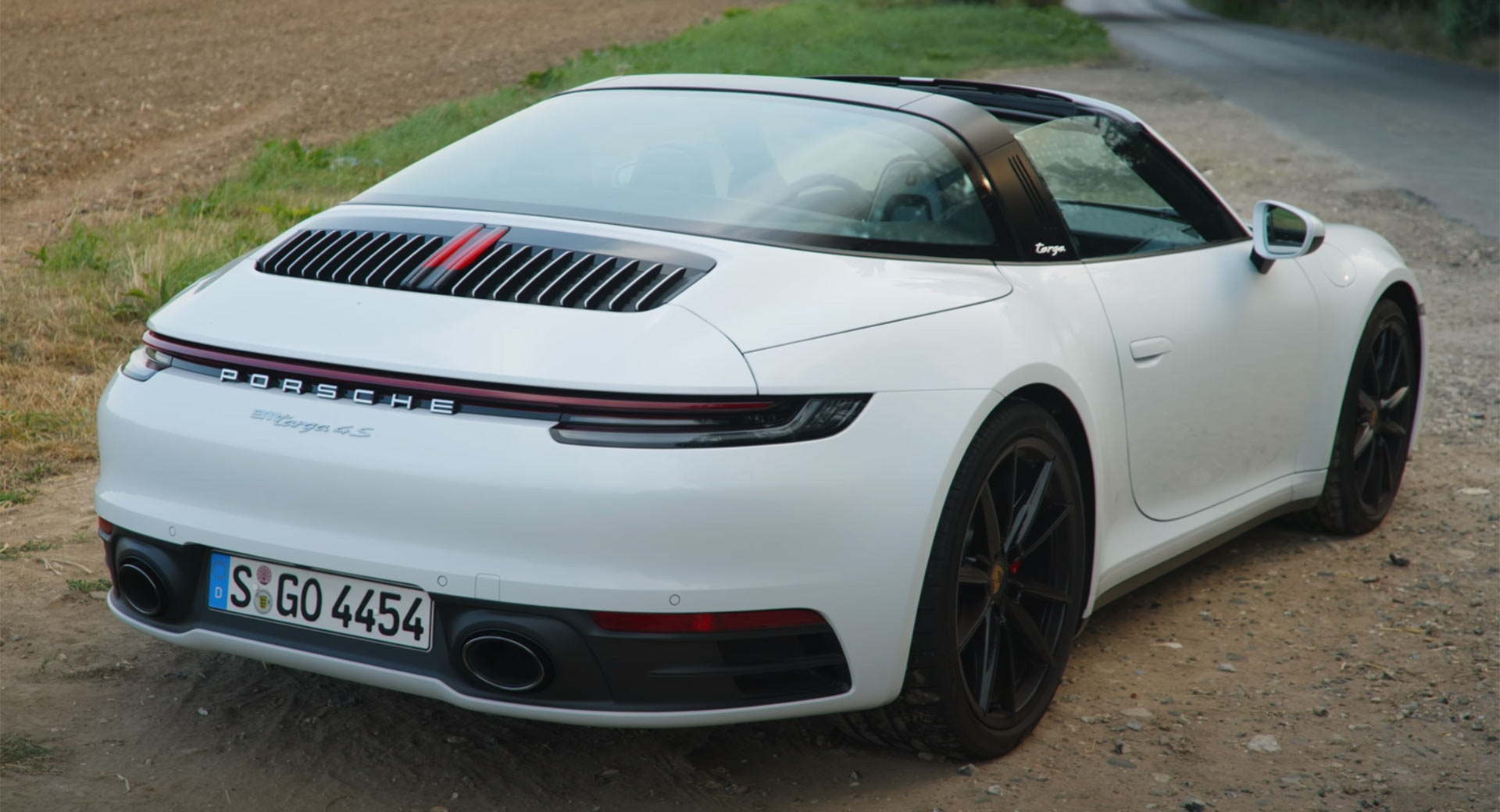 If you had the money for a brand new Porsche 911, would you consider the 2021 Targa or Targa S? Sure, the new Turbo and Turbo S models offer up hypercar-levels of performance but the Targa is still one heck of a machine.

As Henry Catchpole notes in his review of the sports car, it is very quick and a big reason for that comes down to the potent all-wheel drive system. The new 911 Targa 4S isn’t without its faults, however.

Watch Also: Is The New Porsche 911 Targa 4S The Best Of Both Worlds Or A Weak Compromise?

For example, an equivalent Targa 4S weighs approximately 242 lbs (110 kg) more than a Carrera 4S and you can feel this extra weight through the corners. With that being said, he does state it has all the performance that you could want.

Another issue relates to the steering. While current Porsche models offer perhaps the finest electric steering on the market, Catchpole says he prefers the steering of rear-wheel drive 911 models compared with all-wheel drive models. The new Targa 4S also suffers from quite a lot of wind buffeting when the roof is folded away.