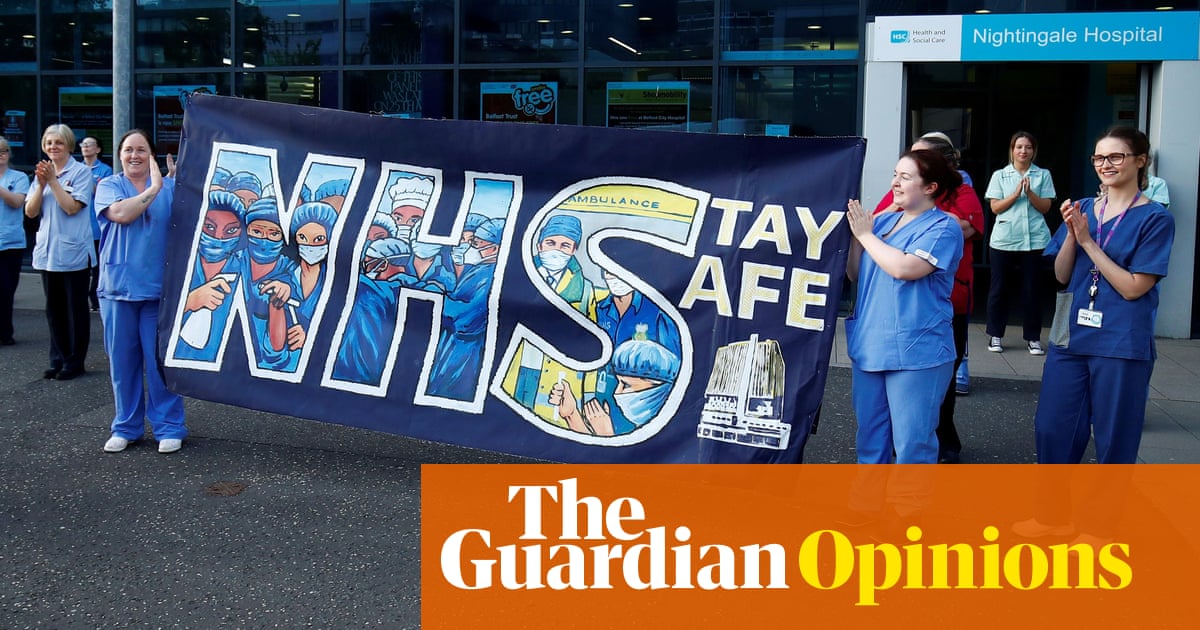 For decades, the Westminster consensus has been that voters want low taxes. Well, I can tell you that consensus is wrong. Of all the measures that Boris Johnson or any number of rightwing thinktanks might prefer, tax cuts are actually among the least popular with the public.

I have spent the past seven months in focus groups up and down the country, and if I have any news for you, it’s this: British people are sick of austerity. They know that tax cuts mean fewer nurses, fewer teachers and fewer doctors. After their experience with coronavirus, more cuts is the last thing they want.

At the peak of the first coronavirus wave, people weren’t just out there clapping for carers. Across a range of areas, including libraries and the state of roads, they were becoming more appreciative of the quality of public services. It’s a shift in opinion that can be seen in the data from our new report Talking Tax, and a sentiment I witnessed in the virtual focus groups we carried out during lockdown.

But what is even more striking is how Conservative voters have changed their thinking during the Covid crisis. Tory MPs who preach a low-tax, small-state agenda are in for a shock, because from Blyth Valley to Hastings, their supporters want better public services – and they expect the wealthy to pay their fair share.

According to our research, 74% of people want to see the wealthy taxed more, including 64% of Conservative voters. The proportion of Conservatives who said they were personally prepared to pay more tax went up from 41% in March to 46% in June. Conservative backing for an increase in corporation tax leaped from 61% to 74% over the same period.

We saw the same pattern with a range of taxes on wealth. During lockdown, Conservative support shot up for higher capital gains tax, changes to higher-earners pension tax relief, and an annual wealth tax. These are some of the same measures that the chancellor, Rishi Sunak, got roasted by backbench Tory MPs for contemplating. Our research suggests these MPs are out of touch with their own voters.

But there is a kicker for the left too. While the public might be as left wing as ever on tax and spending, they hate the way progressives sometimes talk about wealth, which may be harming the left’s prospects for success.

People are acutely aware of the ills of inequality in the UK, they see it in street homelessness and foodbank use. But I was struck to hear just how relaxed most people are about the ultra-wealthy. Time after time they spoke of how billionaires like Jeff Bezos “worked hard” for their money, or “gave something back” through their philanthropy. Some wealthy people were singled out for criticism, especially if they were seen to have behaved badly, but generally people think they are a good thing.

One woman in Blyth, when presented with the claim that the rich should “gladly” pay more tax, sneered: “Was this written by a vegan?” From progressive economists to activists, there is a danger we end up talking a completely different language to the public on wealth. As our report says: “Wealth doesn’t seem inherently bad to people who don’t have any.”

In a country marked by the lack of a social safety net, it’s rational that people want to accumulate wealth for themselves and their families. This is one of the reasons that inheritance tax is so hated – people see it as getting in the way of their moral duty to look after their children.

The Tories’ biggest trick? Convincing the world they have a cunning plan | Marina Hyde

What did work was arguing that we should end the unfair tax advantages the wealthy currently get – for example, by closing loopholes, or taxing wealth at the same level as income from work. In the longer term, it’s important to challenge the idea that the rich deserve their wealth, when it is often inherited or made through exploitation and bending the rules.

Our research is just a starting point. When it comes to people’s minds, it’s clear we progressives have achieved a lot and Westminster is out of step with voters on tax policies. But when it comes to their hearts, we need to think hard about how to tell a more compelling story about the rich.