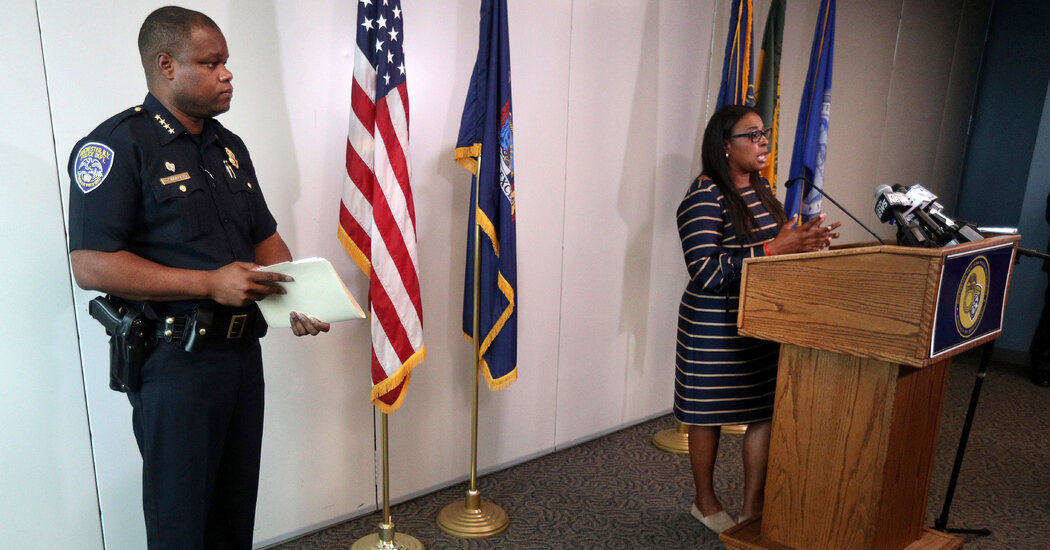 The mayor of Rochester, N.Y, a city reeling since the disclosure that a Black man died after officers placed him in a hood, lashed out at the police department on Monday, saying that it “views everything through the eyes of the badge,” and calling for a federal civil rights investigation into the man’s death and other arrests going back three years.

The mayor, Lovely Warren, abruptly fired the police chief, La’Ron Singletary, two weeks before he was to step down in the wake of the death of the man, Daniel Prude.

The mayor said a preliminary investigation into Mr. Prude’s death “has shown what so many have suspected, that we have a pervasive problem in the Rochester Police Department.”

Ms. Warren also suspended the city’s spokesman and attorney for 30 days. She said blame for the handling of Mr. Prude’s death — which has led to accusations of a cover-up — was spread throughout the city’s halls of power.

“Mr. Prude’s death was not taken as seriously as it should have been by those who reviewed the case throughout city government at every level,” Ms. Warren said.