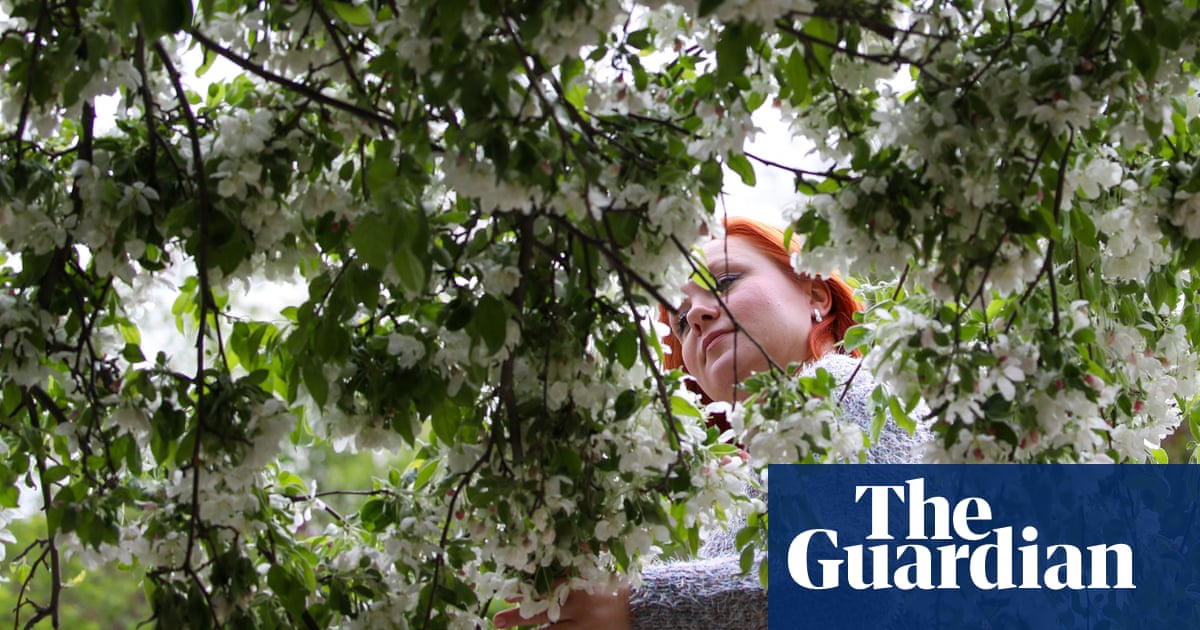 all those girls
their paper knees
folding under them

all those girls
their long smooth hair
waiting, waiting for someone

pulling them under it
back to it
to carve their initials

out of the sky
and a mother
a poor mother

holding her up
waiting, waiting
for the breath to come

Contemporary lyric poetry is replete with myth. Personal micro-myths, stories of the self and its significant encounters, are favoured over the big, foundational mythologies, although there are also many revisionist treatments of the classic stories, letting in new light from new social and political contexts. In this week’s poem, Laura Scott begins a story whose title might seem to point towards Genesis and a retelling of the myth of the Fall. But it’s not as simple as that.

The focus is on “all those girls”, the phrase being repeated like a sigh. The girls don’t seem to be mythological figures. They’re not versions of Eve. They lack that big allegorical role of stand-in for fallible humanity: their falling is specific to a vision of simple girlhood. No apple is eaten, although there is a significant tree.

The poem, in spare, unpunctuated tercets, seems to “fall” floatingly down the page, its many present participles (“folding”, “running”, “waiting”, “pulling”, “crumpling”, “waiting” etc) evoking slow but continuous movement. Until the mother enters the concluding stanzas, it’s a narrative of inevitability, though the regretful tone in the reiteration of “all those girls” seems to invite a feminist interpretation.

The tree and its companion, the wind, represent some quiet but irresistible force that draws the girls down and back. The girls themselves are passive. Even their hair is ready for its fate: “all those girls / their long smooth hair / waiting, waiting for someone / anyone to run their fingers through it”. The traditionally romantic foreplay of fingers through hair may be a sinister appropriation, but the girls are powerless to resist. The tree itself is somewhat passive: it stands still, and lets the wind stroke its leaves. Was it once a girl, now, like Daphne in the myth of Daphne and Apollo, transformed into a tree?

So the girls are drawn down by the tree, pulled back “to carve their initials // into its hard soft skin”. The antithesis of “hard soft” has a sexual undertone, and also signals the difficulty of separating danger from pleasure. Psychologically, it may suggest the dilemma of regression, and the fact that there’s often a false refuge to be found in the repetition of the past, or the escape into dreams.

Stanza six adds a further new shadow to the story with the simile, “falling like song birds”. At last we’re given a sense of the girls’ potential – their flight and song. The image of entrapment is subtle: we don’t need to see the nets to be reminded of the cruel old custom of caging song birds.

The poem seems to be saying that the threat to the girls derives from “nature” – perhaps the nature of girlhood itself, externalised. The “falling” and “crumpling” are gender-driven: biology curtails individuality. But this, again, is perhaps too simple an interpretation.

The mother’s entry changes the picture. We learn that her daughter almost drowned, but that she has been saved, the mother “pulling” her child from the water, as the tree earlier was “pulling” down the child. This mother is described as a “poor mother”. That word choice “poor” is interesting. Is the mother simply impoverished, of humble status? She may be a “poor mother” in the sense of having been neglectful. Unable to prevent her daughter’s “falling” she has at least turned herself into a sturdy rescuer.

Again, there may be a feminist construction at work. Benign mothers are rare in traditional myths of daughterhood. The mother here is wrapped in mystery, until we make a connection to another of the bigger myths – that of Demeter and Persephone.

There is much that’s different in Scott’s treatment, of course. The rescued girl may not survive. The mother, in the meantime, continues dutifully “holding her up / waiting, waiting / for the breath to come”. Passivity, we’re reminded, can be womanly patience – not weakness, but strength. The storyteller evades a happy ending, but the mother, at least, seems to trust that what she wishes will happen, and her daughter breathe again. Laura Scott’s combination of original invention with trace elements of older myths is ingeniously and delicately sustained to the end.

The Falling is from Scott’s first collection, So Many Rooms, published by Carcanet in 2019. Its welcome by the Observer reviewer here reveals some additional facets of Scott’s lively imagination.