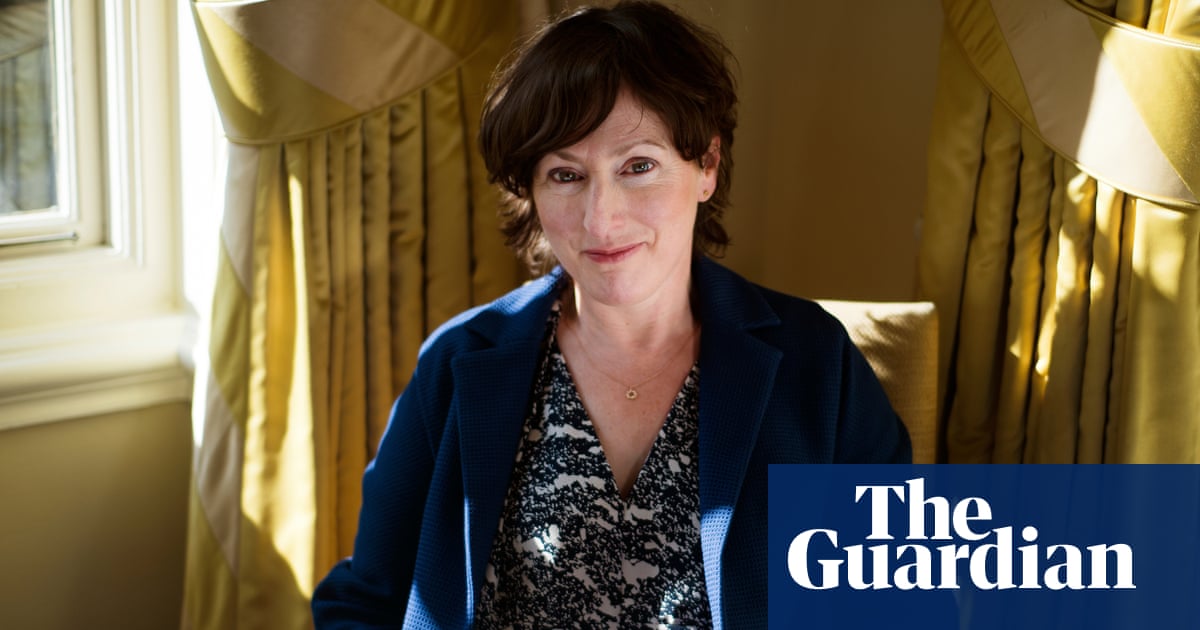 Nina Stibbe has won the Comedy women in print prize for her novel about a teenage dental assistant clawing her way to adulthood in 1980s Leicester, Reasons to Be Cheerful.

The Comedy women in print prize was established two years ago by comedian Helen Lederer, following a sexism row over the Wodehouse prize for comic fiction. Keyes at the time had decried the “sexist imbalance” that had led to only three women winning the award in 18 years, while Lederer said that “more needs to be done to celebrate the achievements of women excelling in this field”.

On Monday, Keyes said that Stibbe had “an extraordinary gift, which is far harder than it looks, of assembling words according to some magical formula, to make a sentence funny … she is a master of bathos, and of juxtaposing two unlikely sentiments in a way to make you howl with laughter”.

Stibbe said she was delighted to win the prize. “We [the shortlisted authors] were all aware that the prize comes from this cry of anguish from both Marian and Helen. So it feels great to win,” she said. “It’s not just the winning – you know that just by being longlisted that you’re being mulled over and discussed and read by [judges] Marian, Helen, Joanna Scanlan, Lolly Adefope – these really accomplished, amazing women who are like comedy gods to me.”

Stibbe also won the Wodehouse prize in 2019 for Reasons to Be Cheerful, becoming the fourth woman to win it.

“It’s thanks to Marian I won – she had the guts to say something about it. It wasn’t just that there’s an apparent gender bias in the shortlistees and winners, but also there was that year [2018] that the Wodehouse people said they weren’t even making a shortlist because the books weren’t funny in the right way,” said Stibbe. “It did seem a bizarre thing for an outfit who purports to support and celebrate comedy writers would tell us all to fuck off.”

Stibbe said she agreed with Keyes’ assertion that men “don’t always identify with what female comic novelists are writing about”. She pointed to a review of Reasons to Be Cheerful in the Observer, in which the male reviewer called the novel a “pleasant but slight coming-of-age story”, whose win of the Wodehouse is “both perplexing and an unintentionally damning indictment of its competition”.

“If he said ‘it wasn’t funny and I hated it’ I wouldn’t mind, but that book is not slight. It’s got lots of extremely important things in it, but maybe not for him,” said Stibbe. “It’s not me saying, ‘Oh I got a bad review boohoo.’ It’s that I got a review which perfectly illustrates what’s wrong, that women’s concerns and the things that are particularly compelling, real, funny, painful and poignant for us can just be dismissed.”

Keyes has also spoken of how a review of her novel about drug addiction, Rachel’s Holiday, described it as “forgettable froth”.

“I know from being in publishing that people, men mostly, still go into libraries and bookshops asking for recommendations but then say ‘I don’t read women’, or ‘women aren’t funny’,” said Stibbe. “If you add it all up it’s still there, and Marian was just fantastic to call it out … I’m on the coattails of Helen Lederer and Marian but I’m saying it loudly now.”

Monday’s online ceremony also saw the inaugural Humorous graphic novel prize awarded jointly to Posy Simmonds for Cassandra Darke, and Danny Noble for Was It… Too Much for You. Judge Janet Ellis said they decided to give it to both as “these books had the full approval and downright love of all the judges”.

Actor and novelist Ruth Jones was given the first Witty woman of the year award, while Mavis Cheek was awarded the CWIP Recognition award for her comedic writing and teaching.