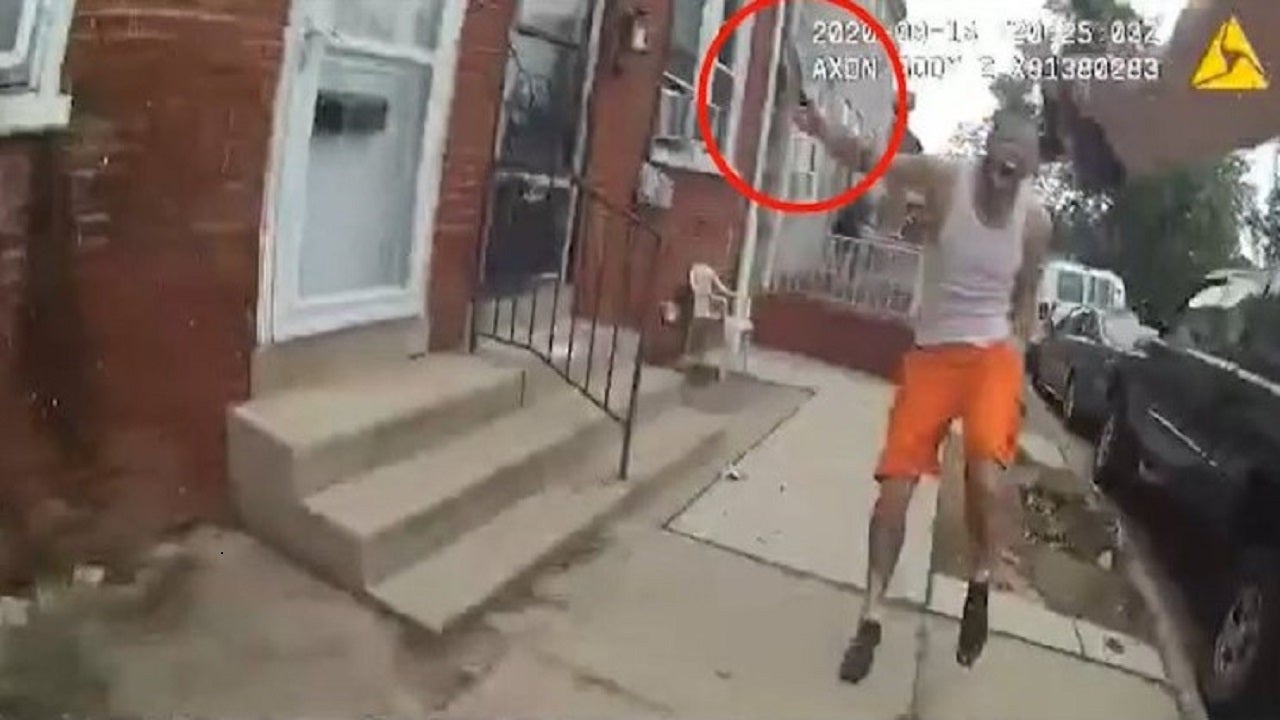 A Pennsylvania man was shot and killed by Lancaster police Sunday, prompting a night of protests and vandalism. Body cam footage released overnight shows Richard Munoz, 27, brandishing a knife and running after an officer responding to a domestic violence call, authorities said.

The officer fired several rounds and Munoz is seen falling to the sidewalk.

Hundreds of protesters were on the streets of Lancaster Sunday night. A crowd formed outside the police station, and tear gas was used when demonstrators failed to follow orders to disperse, authorities said. Government buildings were vandalized, police said.

The officer involved in the shooting has been placed on administrative leave, police said.

The Lancaster County District Attorney’s Office is leading an investigation into the shooting.

“We ask that acts of protest remain peaceful as violence and destruction of property will become headlines and serve no purpose for the safety and well being of our citizens and neighborhoods,” prosecutor Heather Adams said.

“Any loss of life, regardless of how it happens, is devastating,” said Lancaster Police Chief Jarrad Berkihiser.

Mayor Danene Sorace, in a statement released Sunday night, said, “This has been a heartbreaking day for our city. I grieve for the loss of life and know that there are more questions to be answered as the investigation continues.”

Jacob Blake Is Paralyzed From the Waist Down After Police Shooting, Father Says