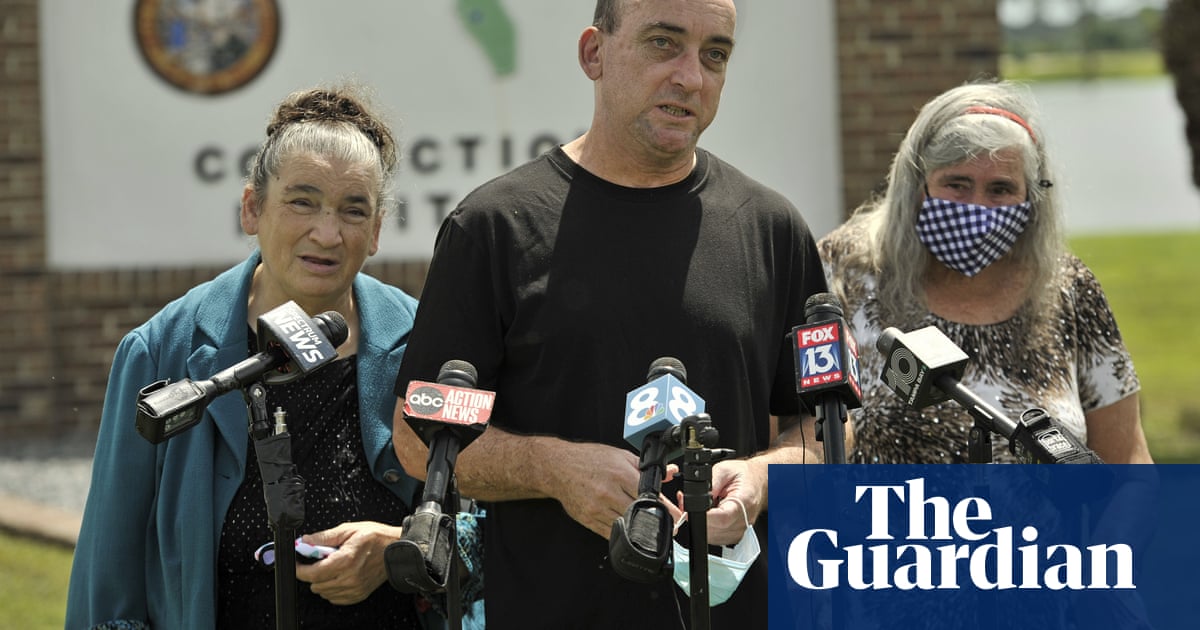 After 37 years behind bars, a Florida man was formally cleared on Monday of a 1983 rape and murder which DNA evidence proved he did not commit.

Robert DuBoise was convicted at a trial that relied on a testimony from an unreliable jailhouse informant and faulty bite-mark analysis. He was released from prison last month.

On Monday, a hearing before Hillsborough county judge Christopher Nash resulted in an order wiping away the convictions and life sentence, and removing DuBoise from the state sex offender registry.

“This court has failed you for 37 years,” Nash said during the remote hearing. “Today, it has finally succeeded.”

DuBoise, 55, was convicted in the 1983 murder of 19-year-old Barbara Grams, who was raped and beaten while walking home from her job at a Tampa mall. He was sentenced to death, then re-sentenced to life.

At the hearing on Monday, expert testimony showed that bite-mark evidence on the victim’s left cheek used at trial has been determined to be unreliable – police used beeswax to take an impression of DuBoise’s teeth – and that DNA showed conclusively he was not a suspect in the assault of Grams.

The jailhouse informant’s testimony has also been discredited.

The exoneration was a result of cooperation between prosecutors and the Innocence Project, which works to free wrongly convicted prisoners. Susan Friedman, the Innocence Project lawyer representing DuBoise, said he maintained his innocence on Death Row and often in solitary confinement in six Florida prisons.

“The state took 37 years away from Robert,” Friedman said.

In brief remarks during the hearing, DuBoise, who was 18 at the time of the crime, said he “had a lot of roadblocks thrown in my path”.

“There are really true-hearted people in these offices now,” he said. “It’s been amazing. I’m just very grateful to all of you.”

DuBoise was released from the Hardee Correctional Institution in central Florida on 27 August, to be reunited with his mother and sister. He has been living in a Tampa center for people wrongfully imprisoned and has said he must learn the ways of modern life, from shopping at Walmart to using an iPhone.

Warren, the chief prosecutor, said his office was undertaking a review with the Innocence Project of cases in the Tampa area in which convictions relied heavily on now-discredited bite mark evidence.

“This won’t be easy, but it will be worth it,” he said. “Wrongful convictions deprive victims and their families of justice. They deserve the truth, not false closure based on a false story. Beyond that, wrongful convictions threaten public safety, putting an innocent person behind bars while the actual person who committed the crime goes free.”

A forensic DNA analyst, Nancy Wilson, said two people were involved in the Grams assault, neither of them DuBoise. The murder will return to the unsolved file.