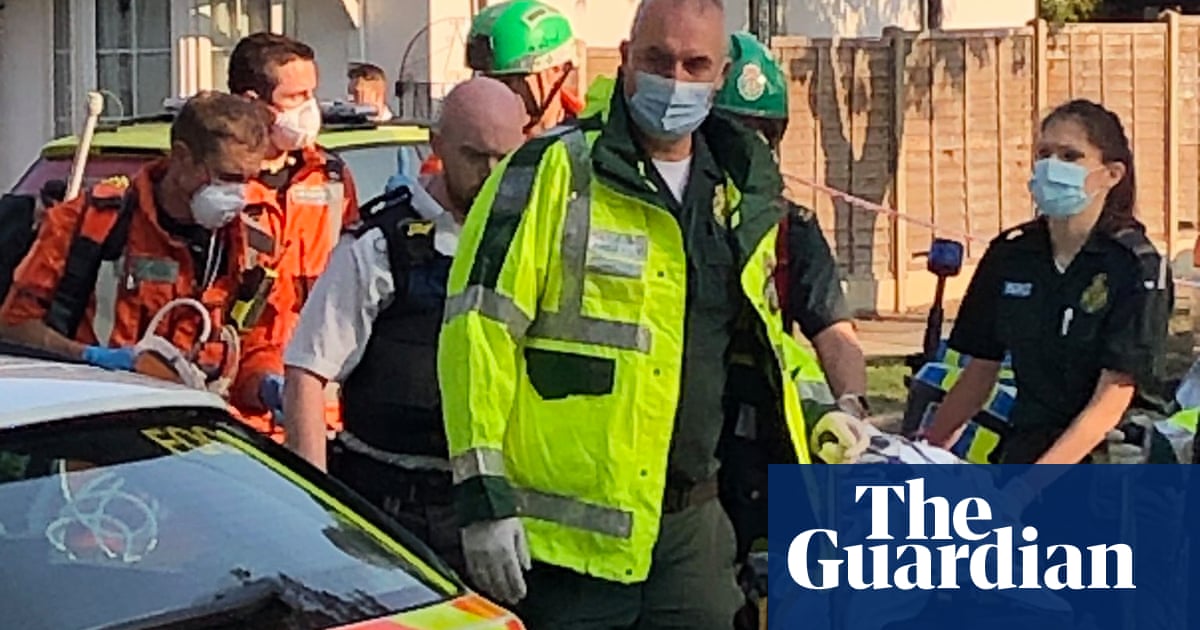 The driver of a lorry that hit two cars before crashing into a house in south-east London has died and an 11-year-old is in a life-threatening condition in hospital.

The Metropolitan police said officers were called to the scene in Broad Walk, Kidbrooke, shortly after 8am on Monday following the collision.

The lorry driver was pronounced dead at the scene. Two males were taken to hospital, where their condition is not yet known.

“Working closely with other emergency services at the scene, we assessed six patients. Unfortunately, one patient was found to have died at the scene. Of the remaining five patients, we took three to hospital and two were discharged at the scene.”

London fire brigade said the crash, involving a lorry and two cars, led to structural damage to a house in Woolacombe Road.

One of the firefighters on the scene, Nathan Hobson, a station commander, said: “It was a challenging incident and it appears that a lorry collided with two cars and crashed into a house.

“Specialist urban search and rescue crews attended the scene and efforts were made to free the lorry driver but sadly he was pronounced dead at the scene.”