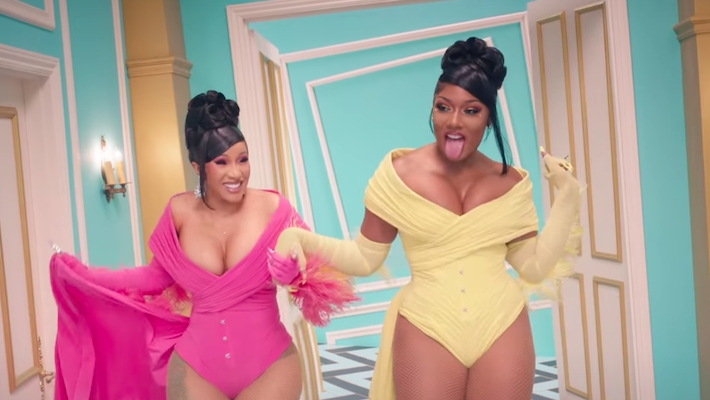 On the Billboard Hot 100 chart dated August 22, Cardi B and Megan Thee Stallion’s “WAP” knocked Harry Styles’ “Watermelon Sugar” from the top spot. The song remained on top the next week, but the week after that, BTS’ “Dynamite” took over the No. 1 position. Now, the K-pop group has enjoyed a couple weeks on top, but their reign comes to an end today: On the Hot 100 chart dated September 19, Cardi and Meg are once again on top, as “WAP” has reclaimed its No. 1 spot for a third total week.

It was also revealed earlier today that “WAP” is the first No. 1 song on the new Billboard Global 200 chart.

Meanwhile, The Weeknd is closing in on an impressive Hot 100 record. “Blinding Lights” sits at No. 5 on this week’s chart, and it’s been in the top 5 for 27 total weeks so far. That’s tied for the biggest total of all time, alongside Ed Sheeran’s “Shape Of You” and The Chainsmokers’ Halsey-featuring “Closer.” So, If “Blinding Lights” remains at No. 5 or climbs higher next week, it will be the new record-holder in that category.