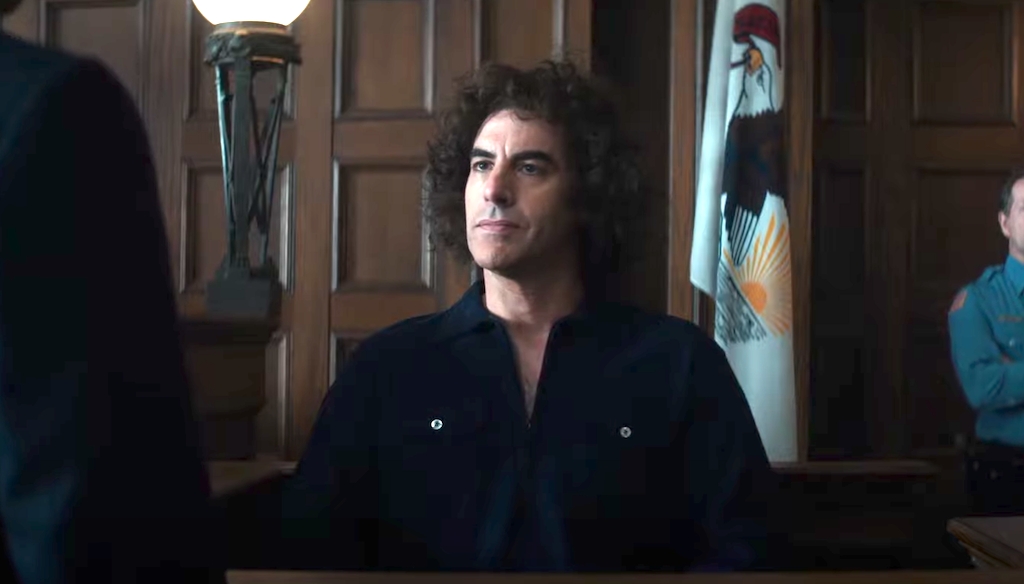 Even the most pessimistic person could not have predicted the hellscape that 2020 has become, and yet some new movies and television have proven eerily prophetic. That’s not always a good thing: How will people react to the forthcoming new miniseries adaptation of Stephen King’s The Stand, which kicks off with a grisly pandemic? On the other hand, Aaron Sorkin’s The Trial of the Chicago 7 — about the protests that engulfed the nation half a century ago, and which were arguably even more impassioned than the ones happening right now — may have perfect timing.

The movie is due on Netflix on October 16, and the first trailer doesn’t remotely try to hide its topicality. Instead it leans into it. The trial itself involved activists accused of conspiracy, incitement to riot, and other charges in the wake of the fiery 1968 Democratic National Convention in Chicago. The all-star cast includes Sacha Baron Cohen as Abby Hoffman, Yahya Abdul-Mateen II as Bobby Seale, Eddie Redmayne as Tom Hayden, and many, many more.

But the stars take a backseat to the protests, portrayed as fiery and right on, and filled with chants — e.g., “Whose streets?” — that have been heard in American cities since late May. Though the film won’t hit the streaming giant for another month and change, it’s clear it will be as vital then as it is now, or as it would have been had it come out right after the murder of George Floyd. In the meantime, if you haven’t been reading up on the antiwar protests of the late ‘60s, it would probably behoove you to do that.