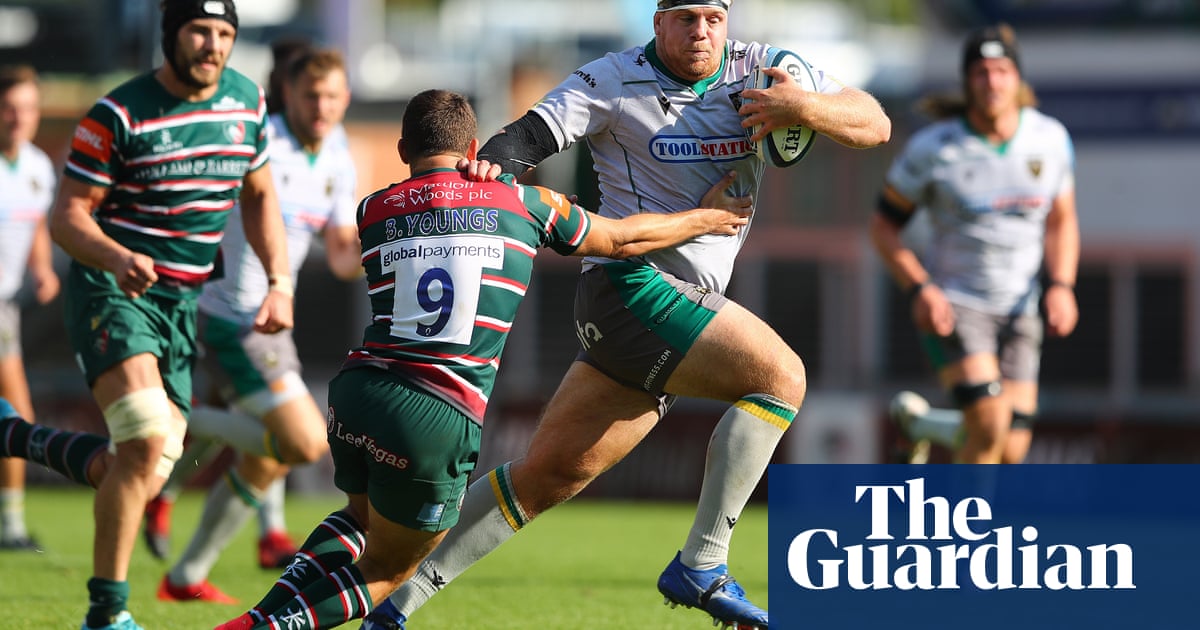 Chris Boyd lashed out at the worst performance of his Northampton tenure as they slumped to a fifth defeat in a row against a Leicester side who clinched a welcome victory thanks to 20 points from Zack Henry.

Northampton outscored Leicester by three tries to one but the scoreline belied their deficiencies. Whereas the Tigers showed commendable spirit after their heaviest Premiership defeat in midweek, Northampton were dreadfully lacklustre and their league campaign cannot finish soon enough.

It will go down as one of the most low-key east Midlands derbies in recent memory and, although the absence of spectators contributed to that, so did the clubs’ relative plights. Both had managed one win in five matches since the restart – Leicester looking to build towards the future and Northampton nosediving after a promising start to the season, prompting Boyd to describe the match as the “dance of the desperates” beforehand.

It should be noted that on top of the litany of errors, it is clear fatigue is setting in for a number of players with this their seventh match in less than a month. There is no sign of the fixture pileup slowing down, with Leicester and Northampton in European action – the Saints facing a daunting trip to Exeter for their Champions Cup quarter-final.

“Probably the worst performance in two years since I’ve been here, so that’s embarrassing,” said Boyd. “Everybody is pretty down in the changing room and it’s going to be a pretty tough job to pick us back up again. It’s absolutely not the way we wanted to play in the derby. I could have stomached losing the game if we had a great performance but it was very flat. Very disappointing.”

Leicester began as the more desperate of the sides and, though Northampton took the lead with a routine Dan Biggar penalty, Ben Youngs was soon scampering over for the opening try on his 250th appearance, seizing on the loose ball after George Furbank had spilled it under pressure from the impressive Nemani Nadolo.

Leicester added three penalties from Henry but Northampton were back to within six points when the referee, Wayne Barnes, awarded a penalty try after Leicester collapsed a maul. Barnes had only just sent Tomas Lavanini to the sin-bin for the same offence and when Harry Wells followed him Northampton had a two‑man numerical advantage for almost 10 minutes. It sums up their form since the restart that they at no stage looked like scoring and to add insult to injury Leicester extended their lead just before half-time with a long-distance penalty from Freddie Steward.

Henry added another penalty soon after the restart and although Northampton finally had their second try through Paul Hill with the Leicester back-row Hanro Liebenberg in the sin-bin, six more points from the Leicester fly-half made sure of victory despite Henry Taylor’s last-gasp score for Saints.

“It’s really pleasing,” Leicester’s director of rugby, Geordan Murphy, said. “We started well, we got through a rough patch when we were down to 13 which is always going to be challenging but the players went back to work.”