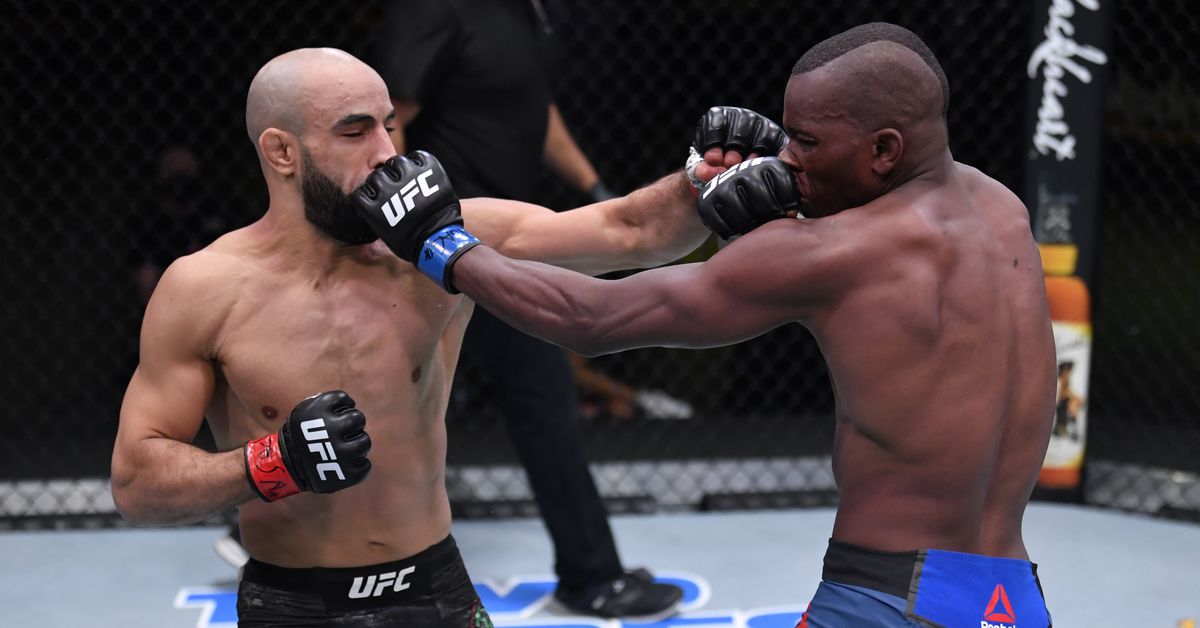 Two fights into his UFC career and Ottman Azaitar has a pair of highlight reel finishes.

With a willing opponent in Khama Worthy to stand and trade with him, Azaitar was more than ready to engage in a fire fight as he came out throwing power behind every one of his punches. The Moroccan lightweight unleashed a serious combination of shots to the head and body before dropping Worthy to the mat where he continued his assault.

Referee Herb Dean had no choice but to rescue Worthy from suffering any further damage.

“I feel good,” Azaitar said following the win. “The thing is the game plan was to go for three rounds, to not think about the knockout. I knew he expected me to go straight away to the front. He always makes the counters only.

There was certainly no feeling out period between two very dynamic strikers with Worthy throwing heat behind his punches as well but it was Azaitar who connected with the biggest shots of the opening round that ultimately led to the finish.

As soon as Azaitar landed on target, he just rushed ahead like a bulldozer while throwing punches in succession until Worthy finally went down to the ground. Azaitar followed him to the mat to throw a few more shots and that was all it took to earn the TKO with the end coming at 1:33 in the opening round.

Azaitar is now 13-0 in his career with 12 finishes including his two wins in the UFC. Judging by his first pair of victories, Azaitar will almost certainly find himself in another big fight when he returns to action again.