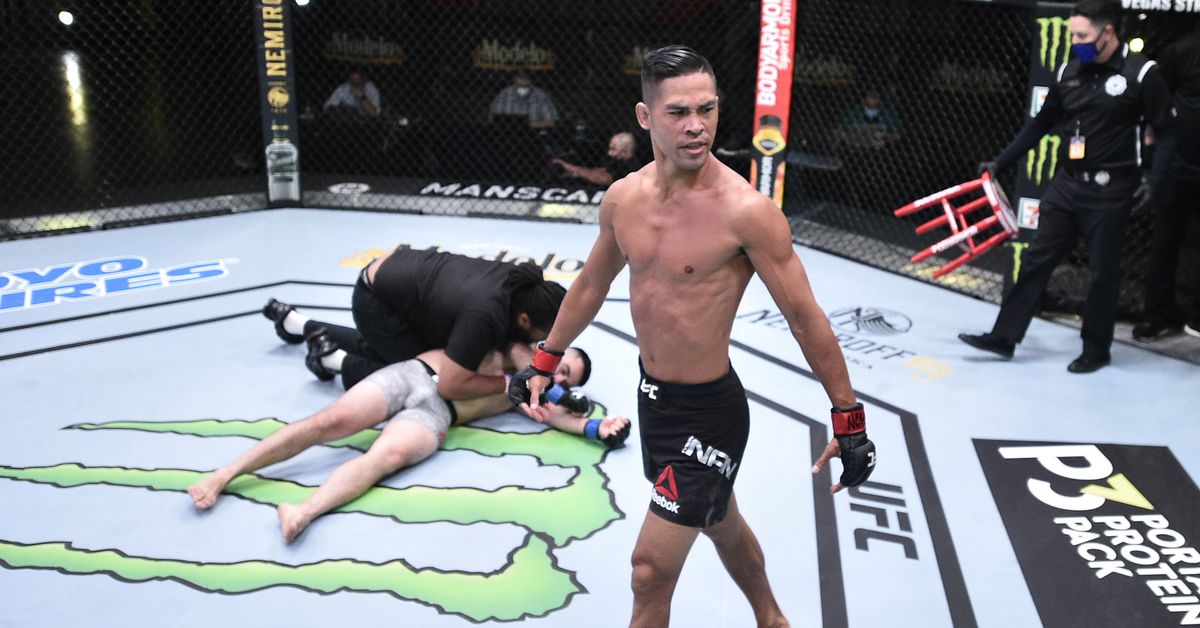 After his fight was scrapped at UFC Vegas 10, Tyson Nam will make a quick turn around to compete on Sept. 19 instead as he faces off with recent Contender Series winner Jerome Rivera.

Nam (19-11-1) was originally scheduled to face Matt Schnell this past weekend but the fight was pulled from the card just ahead of the official weigh-ins. According to Schnell’s manager, he passed out while sitting just a couple of pounds overweight and he was taken to the hospital for precautionary reasons.

With Schnell out, Nam wasn’t able to secure a new opponent on just 24 hours’ notice but he will still get to compete a week later.

Rivera (10-2) makes his UFC debut just over a month after competed on the Contender Series. Ironically, he was the one fighter not offered a contract that night. He defeated Luis Rodriguez by unanimous decision, but the UFC ultimately opted not to offer him a deal.

Now Rivera gets his chance regardless of that Contender Series contract as he steps up on short notice to battle Nam as part of the card on Sept. 19 headlined by a welterweight grudge match between Colby Covington and Tyron Woodley.