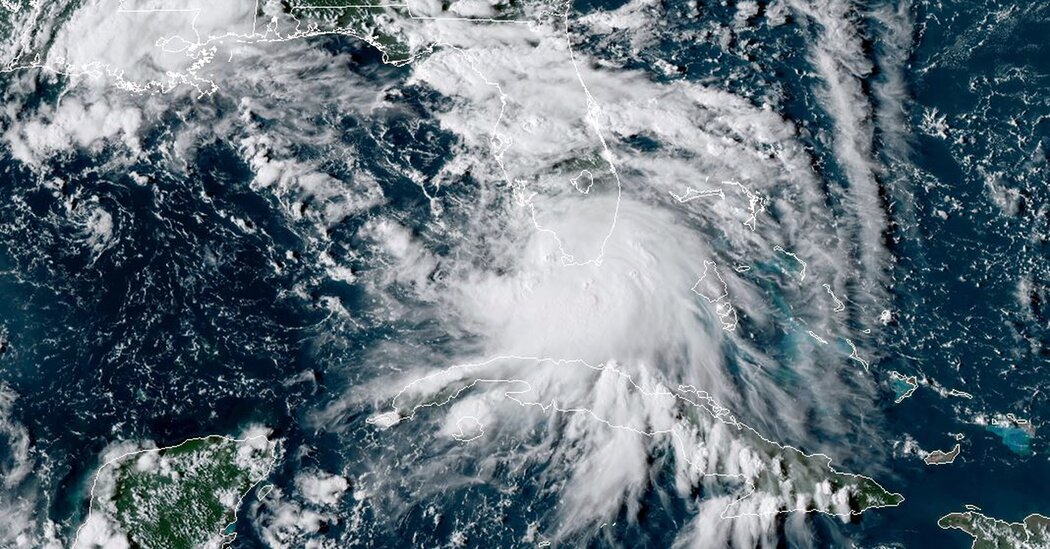 Tropical Storm Sally, the 18th named storm of the Atlantic hurricane season, was positioned to strengthen into a hurricane as it barreled toward the Gulf Coast, the National Hurricane Center said on Sunday. The storm was expected to bring dangerous winds, rains and flooding beyond the storm’s path, including to areas still reeling from Hurricane Laura.

“Anytime you get a hurricane, it’s a bad thing, and this is going to have impacts on a big population area,” said Dennis Feltgen, a spokesman for the National Hurricane Center. “People need to be activating their hurricane plan right now and getting ready for this hurricane.”

The storm is expected to become a Category 1 hurricane, and possibly a Category 2 hurricane, by the time it makes landfall on Wednesday, Mr. Feltgen said.

It is a slow-moving system, which exacerbates the flood risk in southeastern Louisiana, Southern Mississippi, southern Alabama and the Florida panhandle through Wednesday morning, the Hurricane Center said.

The National Weather Service predicted that parts of the central Gulf Coast would receive six to 12 inches of rain, with isolated areas getting as much as 20 inches. The combination of a predicted storm surge and high tide could cause flooding if levees outside the hurricane’s path are overtopped, according to the forecast.

A hurricane warning was in effect along the Gulf Coast from Morgan City, La., to Ocean Springs, Miss., including metropolitan New Orleans and Lake Pontchartrain and Lake Maurepas in Louisiana. The area east of Ocean Springs to the Alabama coast and the Florida border was under a hurricane watch.

Tropical storm warnings were issued for other parts of the Gulf Coast, from west of Morgan City, La., to Intracoastal City, La., and from east of Ocean Springs, Miss., to Indian Pass, Fla. A tropical storm watch was in effect for the area from Indian Pass to the Ochlockonee River in Florida.

The storm was moving west-northwest at around 13 m.p.h. and was expected to continue along a northwestward path through Monday, according to the Hurricane Center. On Tuesday, it is expected to lose speed and pivot to the north-northwest.

The combination of a dangerous storm surge and high tide could cause flooding in normally dry areas near the coast, the Hurricane Center said. After the storm makes landfall, four to eight inches of rain is possible across much of Mississippi and Alabama, as is heavy rain in parts of Tennessee, northern Georgia and western North Carolina.

Another storm, Hurricane Paulette, which was about 240 miles southeast of Bermuda in the Atlantic Ocean, was expected to bring dangerously strong winds, heavy rain and a storm surge to Bermuda by Sunday evening, according to the Hurricane Center.

“Preparations to protect life and property should be rushed to completion,” the forecast said.

Paulette, which was moving northwest at 13 m.p.h., was expected to move near or over Bermuda on Monday morning, the forecast said, with maximum sustained winds of 80 m.p.h. that were expected to strengthen.