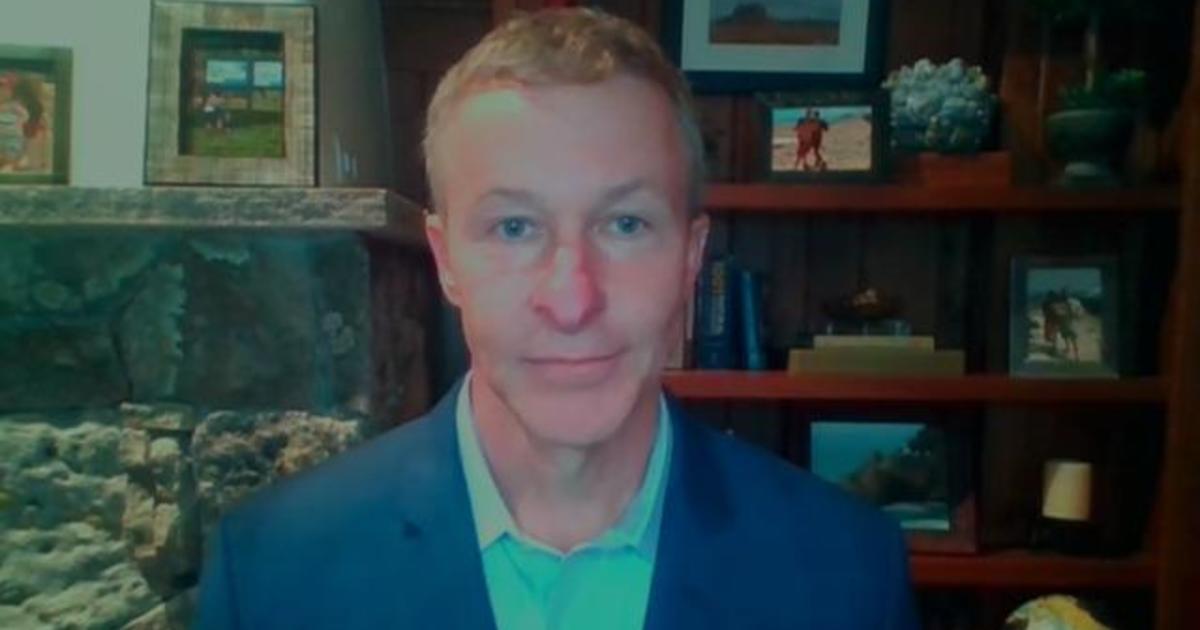 The following is a transcript of an interview with United Airlines CEO Scott Kirby that aired Sunday, September 13, 2020, on “Face the Nation.”

MARGARET BRENNAN: The airline industry is one of the hardest hit this year due to the coronavirus. We want to go now to the CEO of United Airlines, Scott Kirby, who joins us from Beaver Creek, Colorado. Good morning to you.

UNITED CEO SCOTT KIRBY: Good morning, MARGARET. Thanks for having me this morning.

MARGARET BRENNAN: Sure. The US taxpayer, via the US Congress, provided United and other airlines with emergency relief. United took about five billion in cash and loans as part of that emergency program. The deal expires October 1st. That’s just two and a half weeks away. Do you still expect to have to lay off roughly 16,000 people?

KIRBY: Yeah, so first I want to say what the administration, the Congress, both houses, both parties- it was a remarkable bipartisan response, really to rescue not just the aviation industry, but the whole economy back in March, an unprecedented bipartisan response. But this is lasting longer and is deeper than most people thought back then. And our revenue, we just said, is going to be down 85% in the third quarter. And in a world like that, United Airlines and others come October 1st without an extension of the CARES Act, we’re hopeful that there will be before October 1st, is going to be forced to lay off employees just to survive. We have confidence in the long-term future of being able to bring everyone back. But getting through a crisis where revenue is down 85% is just not sustainable for an industry like aviation or almost any business for that matter.

MARGARET BRENNAN: How many people will be laid off?

KIRBY: Well, at the moment, it’s- it is 16,000, though we continue to work with our unions. Our unions have been fantastic partners. In a world where revenue is down that much, the layoffs are far smaller than they otherwise would have been. And we just got a deal last week that would save about 3,000 of those jobs which are pilots. And we continue to work with unions on others. But the reality is, without more government support for the whole economy, there’s going to be more layoffs to come across the economy.

MARGARET BRENNAN: I understand you’re saying you hope more federal assistance is coming, but talks are stalled in- in Congress. Why can’t you go to the private markets for that money? What specifically do you need from the federal government?

KIRBY: So at United we have gone to the private market. We raised about 18 billion dollars since this started in capital and- to get through the crisis. But in a world where we’re still burning 25 million dollars per day, you just can’t go forever on that. And our view is demand is not coming back. People are not going to get back and travel like they did before until there’s a vaccine that’s been widely distributed and available to a large portion of the population. And I hope that happens sooner, but our guess is that’s the end of next year. And so you just got to survive those losses through that time and be ready to bounce back. And we’ll be prepared to bounce back and bounce back quickly. But really, you know, without government support for an industry that’s as critical and an economic engine for the whole economy, that’s really the point for aviation, is we drive economic activity not just for ourselves, but for the communities that we serve.

MARGARET BRENNAN: Understood. And I want to underscore something you just said there, because you said you don’t think business will be able to come back until there is a vaccine widely distributed. There is the perception, particularly among some conservatives, that the economy can come back while the virus continues to circulate. But you run an international airline, and right now, Americans aren’t even allowed into Europe. They’re not allowed into Canada. They’re not allowed into China.

MARGARET BRENNAN: Your international revenue was down 96% year over year in the last quarter.

MARGARET BRENNAN: So is the bottom line here, you can’t do both at the same time? The virus needs to be under control.

KIRBY: Right. There are some parts of the economy that can recover and are doing well, but there are large parts of the economy, aviation is one of the most obvious, but anything to do with leisure, hospitality, meeting, convention services, restaurants are all hurting and- and frankly, are near depression levels. And borders, as you say, are closed around the world. And that’s 50% of our revenue. And until borders open up, that’s not coming back. Business travel is almost nonexistent as people are doing things like this as they get through the pandemic. And even leisure travel is down significantly from where it was before. And that’s just the reality. And in a business like ours, demand is not going to come back until people feel safe being around other people. And that’s going to take a vaccine. And that’s just the reality. Some businesses can recover earlier, but in aviation and all the industries that we support, it’s going to take longer.

MARGARET BRENNAN: Have you gotten any response from the Trump administration to this letter that you signed onto asking for some coordination with European officials for testing, for example, that would allow for travel to open?

KIRBY: Look, what I would say is the administration and both parties, by the way, senators, congressmen and women on both sides of the aisle are very supportive of aviation, both the trying to find ways to open up borders through testing, but also through an extension of the payroll support program. We just have to get a bigger deal done. We’re kind of wrapped up in the bigger negotiations that are going on in Washington. But there’s really a lot of support for aviation.  And people understand the importance to the economy. We just seem to be tied up in the- in the Washington- the larger Washington discussions about the future. But there’s- there’s significant support.

MARGARET BRENNAN: Very quickly, why do you think it’s safe to fly?

KIRBY: Look, at United Airlines, we’ve been a leader in safety from the- from the beginning of this. We’re very proud of it. We created a partnership with Clorox and the Cleveland Clinic called CleanPlus that’s helped us innovate and find ways to keep people safe, whether it’s electrostatic spraying every airplane. We were the first- really one of the first companies to require masks around the world. But I think the most important thing for safety on airplanes and the least understood is the airflow on airplanes.

KIRBY: The air- aircraft are designed to have the air come out of the ceiling to the floorboards and refilter through HEPA great filters every two to three minutes. It’s literally no place that you can ever be that’s anywhere close to an airplane.

KIRBY: And we’ve been doing some studies with the DARPA that’ll- that’ll help demonstrate how safe aircraft really are.

MARGARET BRENNAN: Mr. Kirby, good luck to you. Thank you for your time. We’ll be back in a moment.