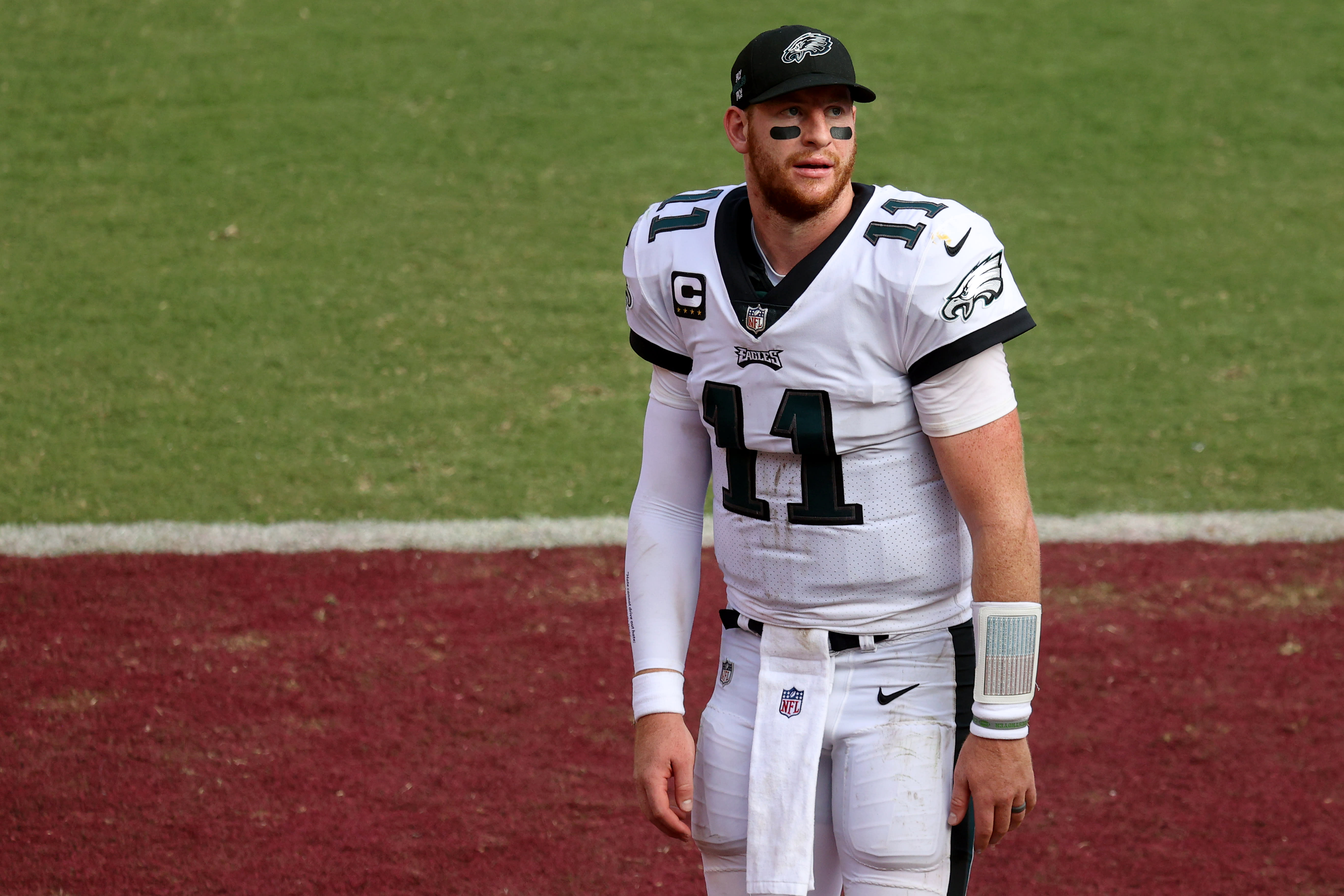 All the things he was supposed to be getting better at?

It was the worst game of Carson Wentz’s career, and the most confounding thing about it was that the things he struggled with are the same things he’s been promising to clean up for a while.

The Eagles blew a 17-point lead on opening day against a division rival that won three games last year and Wentz was in the middle of the historic collapse.

It wouldn’t be fair to blame everything in the Eagles’ horrific 27-17 loss to Washington Sunday on Wentz.

But it’s fair to blame an awful lot of it on the fifth-year QB.

Both interceptions were soft throws to rookies who got outmuscled for the football. On at least four of the eight sacks he held onto the ball too long. Maybe more. His fumble late in the game didn’t affect the score but did continue a disturbing trend that has seen him fumble more than anybody in the NFL the last couple years.

Wentz has had a few clunkers along the way, but considering the circumstances? Nothing as demoralizing, disappointing and dreadful as this.

“It was very frustrating walking off that field knowing the momentum and how we felt early in that game,” Wentz said. “We got off early to a great start and it just spiraled out of control and the next thing you know we were in a 2nd-and-15 multiple drives in a row and just couldn’t get ahead of the chains and make plays. Turned the ball over. Gotta protect the ball. It was definitely frustrating walking off that field.”

Working behind a makeshift offensive line, Wentz was under a ton of pressure, but he continued to hold onto the ball too long instead of chucking it away and living to see another day.

The eight sacks were the most the Eagles have allowed since the Winston Justice game at the Meadowlands in 2007.

When you blow a 17-point lead against a division team, there’s a lot of blame to go around.

This time, most of it goes squarely on No. 11’s shoulders.