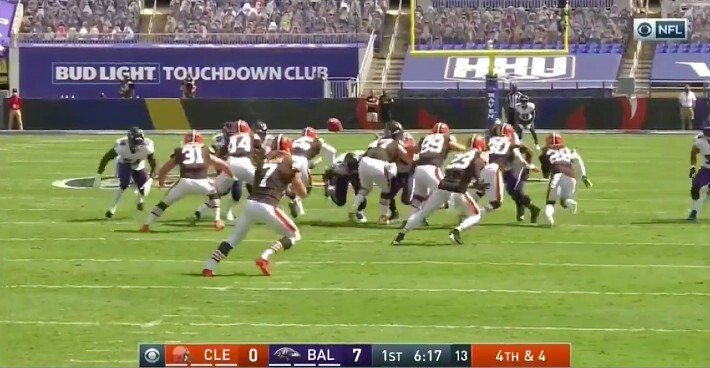 Friends, it’s that time of year again. The NFL is back, which means the Cleveland Browns are back, and no matter what you’ve been told or what you think has changed, the Cleveland Football Browns are still the same as they’ve ever been.

There may be no team better at killing early season optimism better than the Browns, who entered Sunday 0-14-1 in the last 15 years in Week 1. Against the Ravens, who were pretty heavily favored already, Cleveland managed to fall apart faster than even the most beleaguered and pessimistic of Browns fans could’ve imagined. It began on the first drive, where Baker Mayfield fired an interception at midfield that was dropped by one Raven, but caught by a second as Mayfield’s determination and drive to turn the football over cannot be stopped even by the clumsy hands of a dropping lineman.

The Browns would give up a touchdown drive to Lamar Jackson and company with haste to fall behind 7-0 and on the ensuing drive, new head coach Kevin Stefanski chose to roll the dice and have punter Jamie Gillian run a punter sweep on 4th down at their own 30. The result, as one would imagine, was extremely Browns.

Now, things turned around from there for Cleveland as the defense held Baltimore to a field goal and the offense marched for a touchdown (but would miss the extra point) on their next drive to make it 10-6. Have no fear though, the Browns are still the Browns, and in 2020 it’s nice to have something familiar you can count on.