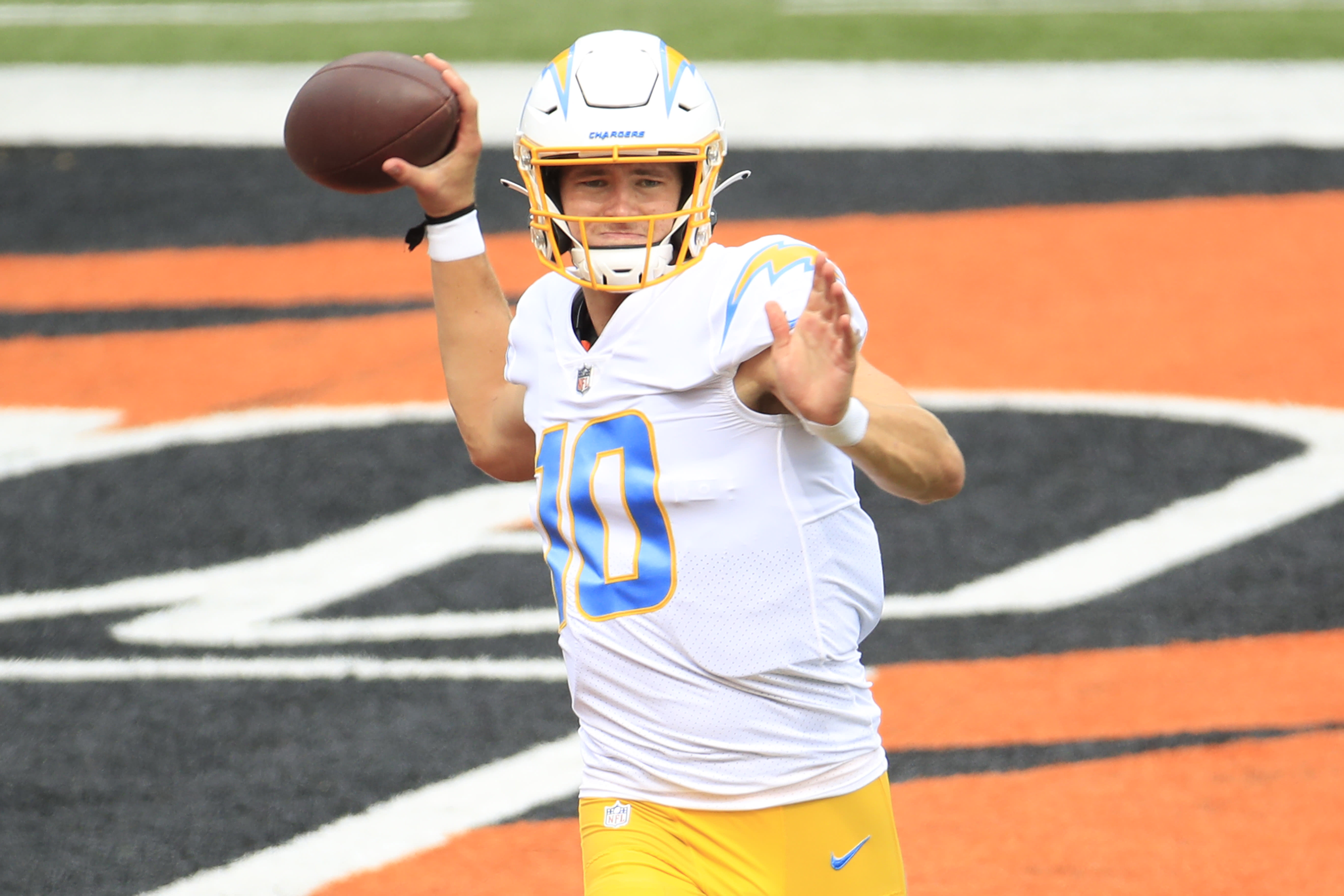 The veteran was 16-of-30 for 208 yards on the night, scoring zero touchdowns and recording a 75.4 quarterback rating.

Even the rook, Burrow, showed off his squeaky wheels in the Week 1 duel. He hauled in his first-career touchdown all by himself on a 23-yard run.

Chargers fans were upset with Taylor’s performance. Many called upon Herbert, the team’s sixth-overall pick in the 2020 NFL Draft, to take over the helm as QB1.

Chargers might as well start the rookie QB they have…

I’ll take a game 1 W, but this was an UUUUUGGGLLLLLYYY win.
If that offense doesn’t get cleaned up, it’s gonna be LONG ROUGH season 🥴

Couldn’t convert the short downs, a few more offensive performances like that, then the rookie Justin Herbert is gonna start soon #BoltUp https://t.co/DlgpipykmL

Too early to say give me Herbert?

Justin Herbert was a 4 year starter at Oregon. This isn’t ‘98. Put him in the game…..Wtf are they sitting him for? To watch this crap? I don’t understand. I wanna like Anthony Lynn after Hard Knocks, but this is a joke

I am usually very happy with Anthony Lynn’s decisions but why would he not give Justin Herbert a chance. He is totally a great quarterback who can run and pass. Put him out there and let him do his thing

I can’t wait for that feeling when we see Justin Herbert running out to start his first drive/game. The joy that will fill me. #BoltUp I’m sick of all these missed opportunities.

Herbert’s former Oregon teammate Jordon Scott was not having it.

The Chargers turned to the run in the second half, and momentum quickly shifted for LA, who took a 16-13 lead with 8:56 remaining in the fourth. Burrow marched his Bengals down to the red zone for the game-tying field goal, but his kicker missed the 31-yarder.

Ultimately, the Chargers fended off Burrow & Co., and Cincinnati suffered its first loss of the young NFL season.

Luckily for Taylor, the Bolts are off to 1-0 start. Beware though, abysmal performances will only get you so far. If Taylor doesn’t kick it into gear in Week 2, it’s very possible Coach Anthony Lynn could call on his QB of the future for a promotion.