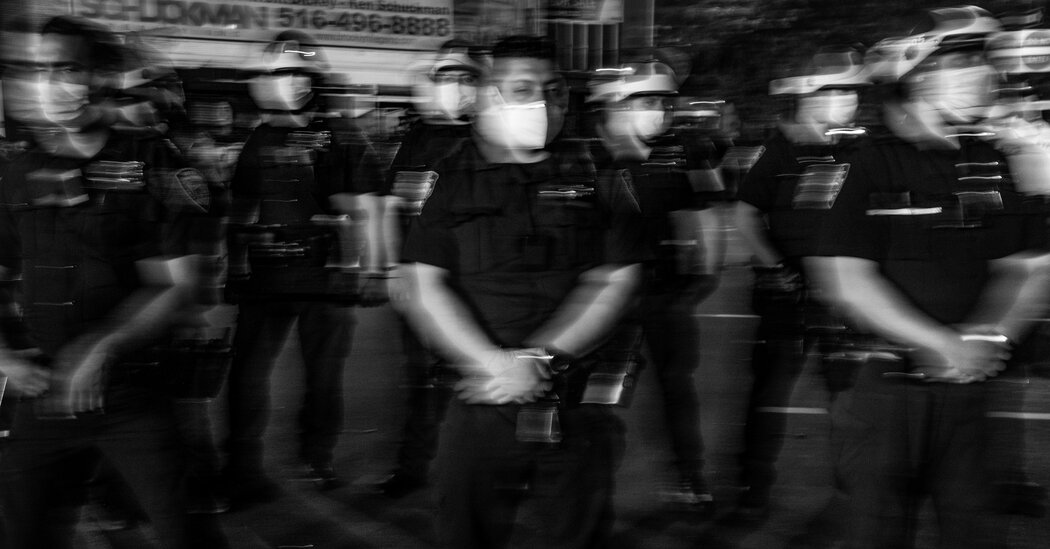 In June, as New York City was gripped by protests over the death of George Floyd, the City Council passed legislation banning police officers from using maneuvers that restrict a person’s airflow. Now the Council, cowed by pressure from police unions and officials, is considering rolling back part of this important step toward police accountability.

Such a rollback would be a mistake.

Mr. Floyd died after a Minneapolis police officer pressed his knee into Mr. Floyd’s neck for more than eight minutes. But long before Mr. Floyd was killed, America’s police departments knew the risks of using maneuvers that restrict a person’s airflow.

A 1995 memo to police departments from the U.S. Department of Justice warned that such tactics can quickly lead to asphyxiation. “As soon as the suspect is handcuffed, get him off his stomach,” the memo advised.

The New York Police Department’s patrol guide directs officers to “avoid actions which may result in chest compression, such as sitting, kneeling, or standing on a subject’s chest or back, thereby reducing the subject’s ability to breathe.”

Though they knew the risks, police departments in New York and elsewhere have continued to use these maneuvers. In 2014, New York’s medical examiner said chest compression played a role in the death of Eric Garner, the unarmed Black man who died during an arrest for allegedly selling loose, untaxed cigarettes on Staten Island.

In July, New York City’s mayor, Bill de Blasio, signed the bill banning chokeholds and other airflow-restricting measures into law, giving district attorneys discretion to prosecute officers over the maneuvers. Violating the law is punishable by up to a year in prison.

Terence Monahan, the N.Y.P.D. chief of department, has called the portion of the legislation addressing the restriction of a person’s diaphragm “dangerous,” arguing that it is often necessary to kneel on a suspect’s back when making an arrest.

Over the summer, arrests for gun crimes have been down in New York City, even as the number of shootings has increased compared with last summer. These numbers led to concerns that the N.Y.P.D. was in an unofficial slowdown, with officers angry over the police reforms and protests sweeping the city. (Police officials deny that there’s been a slowdown.)

Either way, after a summer of increased gun violence — and ahead of next year’s city elections — some New York City lawmakers suddenly seem eager to chip away at their own reforms.

An amendment to the recently passed law that’s under consideration in the City Council would require prosecutors to prove an officer acted “recklessly” and caused injury by using an airflow-restricting measure. The amendment wouldn’t apply to the portion of the law involving chokeholds. Still, meeting such standards can be difficult. Councilman Rory Lancman, the sponsor of the original bill, has said that the amendment would make it all but impossible to prosecute officers who violate this part of the law.

Councilman Donovan Richards, who is chairman of the Council’s public safety committee and supports the amendment, suggested last month that scaling back the reform law could appease the city’s police force and end a slowdown, if one exists. “I would be open to having a conversation about the diaphragm portion of the chokehold bill if this means the New York City Police Department would get back to work,” he said. “And I don’t want to hear excuses.”

Last week, Mr. Richards, a Democrat running for Queens borough president, seemed to change his reasoning. He told the editorial board in a phone interview that the amendment was about keeping the less contested portion of the law — the ban on chokeholds — from being struck down in court.

New York’s law enforcement lobby has a long history of fearmongering to oppose reform. For years, top N.Y.P.D. officials said reducing the use of stop-and-frisk would lead to an increase in crime, before they were proved wrong. More recently, they blamed last year’s state bail reforms for an increase in crime — even though the N.Y.P.D.’s own data suggests that is wrong.

It will be best for New York City if the law passed in June remains intact. Police officers perform a difficult and sometimes dangerous job. But they are not above being held to account.