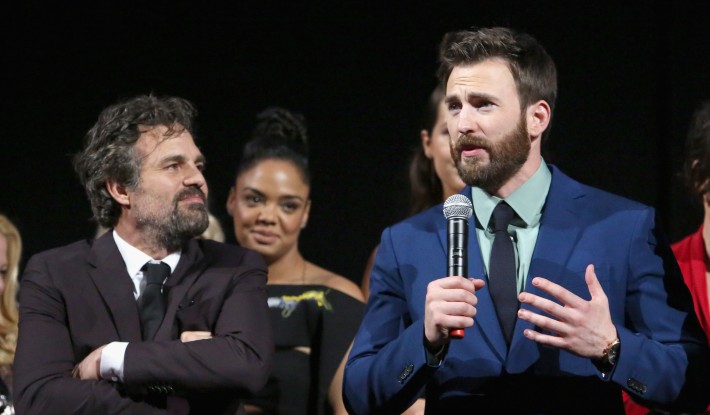 Chris Evans was the star of the Internet on Saturday after he accidentally leaked, well, a very private photo on Instagram. It’s entirely unclear whose private photo it was, but it certainly was shared by the actor who played Captain America. That was enough to draw an incredible reaction from people on social media, with memes and a lot of very flattering jokes for Evans, all things considered.

Still, it’s not fun to reveal too much online even if everyone is being nice about it. Which is why Evans could have used a pick-me-up from another Marvel superhero who knows a thing or two about suddenly being considerably more exposed. Mark Ruffalo, who plays The Hulk, fired off a tweet on Saturday that gave Evans a “silver lining” to his indecent exposure.

.@ChrisEvans Bro, while Trump is in office there is NOTHING you could possibly do to embarrass yourself. See… silver lining.

“Bro, while Trump is in office there is NOTHING you could possibly do to embarrass yourself,” Ruffalo tweeted Saturday, tagging Evans directly in a tweet that quickly went viral in it’s own light. “See… silver lining.”

Ruffalo is trying to help, and it’s a funny way to make light of what’s certainly been an embarrassing episode for Evans. And it serves a dual purpose for Ruffalo, a climate advocate who has been active in criticizing the president before. The good news for Evans is that there is certainly a lot of other, more pressing things going on these days. So people will eventually move on to other, bigger news. Eventually.