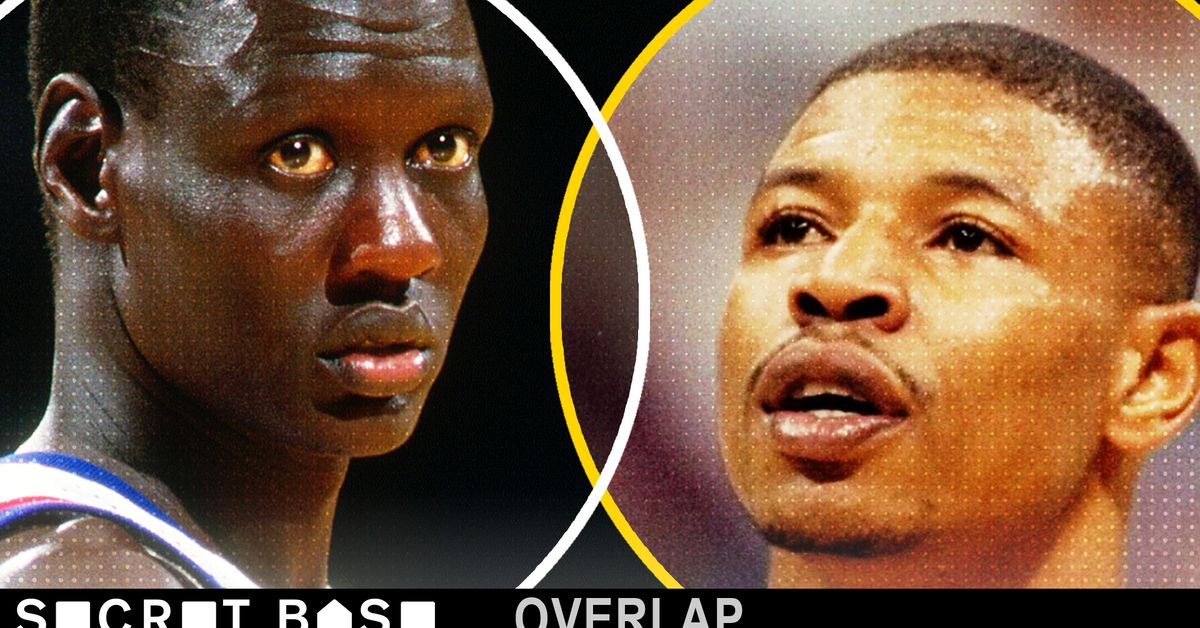 While you might not think a 7′7″ player and a 5′3″ player would have much in common, Manute Bol and Muggsy Bogues both had to fight hard to do the same thing: prove they were more than just their height. This feat was made more difficult when a team with struggling attendance, the Washington Bullets, drafted both of them.

As a former short basketball player/bench-sitter, I’m often quick to dismiss super-tall players as nothing more than trees, and laud short players as superior athletes in every single way. Make a statue for the short ones already; it’s not going to cost as much cuz you don’t need as much material.

But Manute, though tall, is not easily dismissed. A Dinka tribesman who made his way to the pros in a new country and new culture, he’s is still the record holder for most blocks in a single game with 15 (tied with Shaq, but Shaq only did it once, Manute managed it twice). The tenacity, strength of character, and athletic skill Manute displayed to succeed in the NBA is extremely impressive.

And Muggsy? Along with Alonzo Mourning and Larry Johnson, he rocketed the Hornets from expansion team to one of the most popular teams in the NBA. Oh, and he still holds the franchise’s record for most assists and steals.

So, let’s just say we need to see a couple of statues.