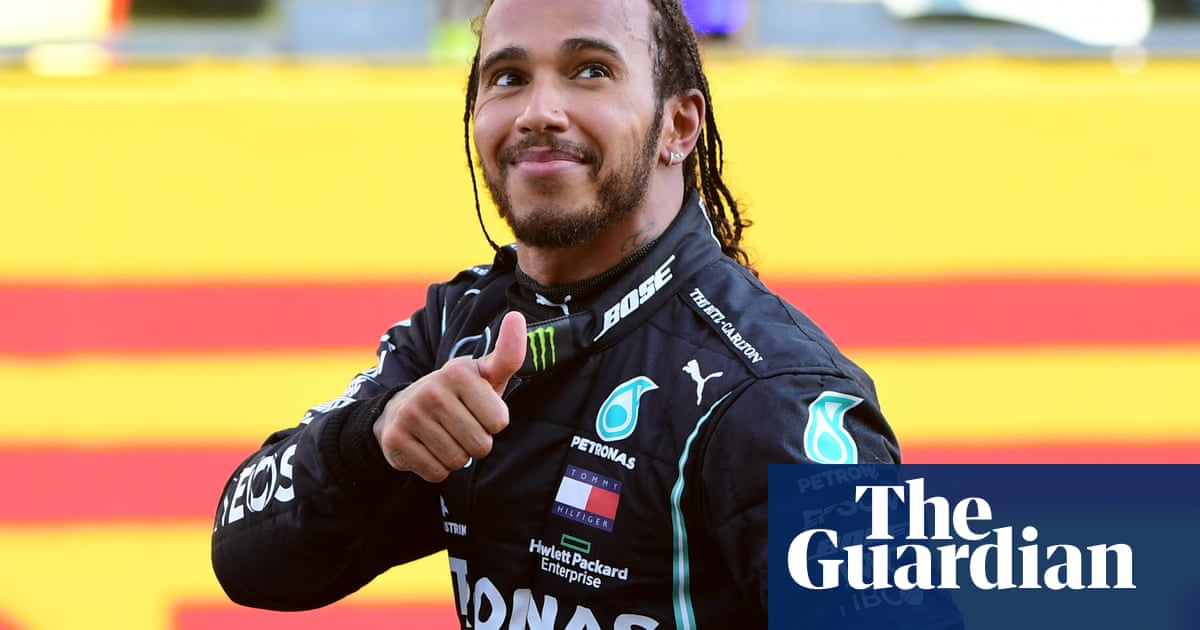 Lewis Hamilton won the Tuscan Grand Prix at Mugello. The Mercedes driver took a comprehensive victory at the circuit where Formula One was racing for the first time. In an incident-packed race that was stopped twice, once due to a major and dangerous multi-car crash, Hamilton had to retake the lead for a strong win in front of the first race this season to host paying spectators.

His teammate Valtteri Bottas was second and Alexander Albon was third for Red Bull, his first podium for the team. Renault’s Daniel Ricciardo was in fourth with Racing Point’s Sergio Pérez in fifth. Ferrari, celebrating their 1000th F1 grand prix, were once more off the pace but at least reached the flag with Charles Leclerc in eighth place and Sebastian Vettel in tenth.

The drivers once more made a combined anti-racist gesture on the grid before the race. They were all present and wearing “End Racism” t-shirts but Hamilton chose to wear a shirt bearing the statement: “Arrest the cops that killed Breonna Taylor”. Taylor was the 26-year-old shot dead by police in Kentucky in March. The shirt also bore her image and the words “Say her name” on the back. It was his most overtly political message yet in support of the Black Lives Matter movement.

This is Hamilton’s 90th career win, scored in Italy just as Michael Schumacher took his 90th victory in 2006 at Monza. He could now equal the German’s 91 wins at the next round, the Russian Grand Prix. Hamilton now has six wins from nine races this season and Schumacher’s seven championships tally is surely within his grasp.

With F1 contesting its first race at Mugello and highly unlikely to return to the circuit Hamilton has ensured he will hold the unique position as the only F1 winner at the track for the foreseeable future. He has also once more extended his lead in the title race, opening a serious gap with a maximum of eight races remaining. He heads the championship on 190 points, in front of Bottas on 135 and Verstappen on 110.

Bottas made a superb start beating Hamilton into the first corner, the world champion bogged down with wheelspin off the line, while Leclerc too jumped from fifth to third. A safety car was almost immediately called however after a multi-car tangle through turns two and three. Max Verstappen who had no power off the start was caught up in it and ended his race early in the gravel.

When racing resumed on lap six it ceased immediately after a major crash on the start-finish straight. Bottas was weaving slowly at the front of the field and the midfield bunched up, creating a major crash where Antonio Giovinazzi hit Kevin Magnussen and Nicholas Latifi and also collected Carlos Sainz, eliminating all of them from the race.

“That was fucking stupid from whoever was at the front? Do they want to kill us or what? That was the worst thing I have ever seen,” fumed Romain Grosjean just as the race was stopped because of the debris on track.

Hamilton however noted that the lights on the safety car had gone out very late, after the final corner so Bottas was still managing the restart on the straight. Certainly it appeared George Russell lurched up to speed to close a gap in the midfield and the others followed, coming up to speed too soon. The stewards are investigating what was a highly dangerous incident that all the drivers were lucky to escape from unscathed.

For the second race in succession the race restarted with a standing start 25 minutes later. Both Mercedes took the medium tyre during the stoppage and this time Hamilton made a blistering start, going round the outside of his teammate though turn one and retaking the lead.

Bottas’s hard work was undone, found wanting at a key moment and again it was Hamilton who made the difference. Out front once more he stamped his authority on the race and did not relinquish the lead. The pair finally able to put in some untroubled laps promptly opened a huge gap.

Leclerc’s lack of power soon told however and he dropped down the field. By lap 20 the two Mercedes were once more in race of their own with 12 seconds on Stroll who was now third. Bottas stopped for fresh boots on lap 31 and Hamilton followed him in a lap later. Ricciardo did well too through the stops to take third.

In the second half it bore a familiar air. Mercedes utterly dominant and Hamilton unquestionably on top. The team instructed both drivers to stay off the kerbs to minimise tyre damage in the final third, a fear negated when a late safety car and then second red flag because Stroll had a big crash at Arrabbiata 1 allowed both drivers to take fresh rubber. Stroll was unhurt and the restart was once again key. This time Hamilton nailed it and held the lead but Bottas was mugged for second by Ricciardo. Bottas fought back into second however and Albon charged up to third but by the flag it was another indisputable Mercedes one-two.