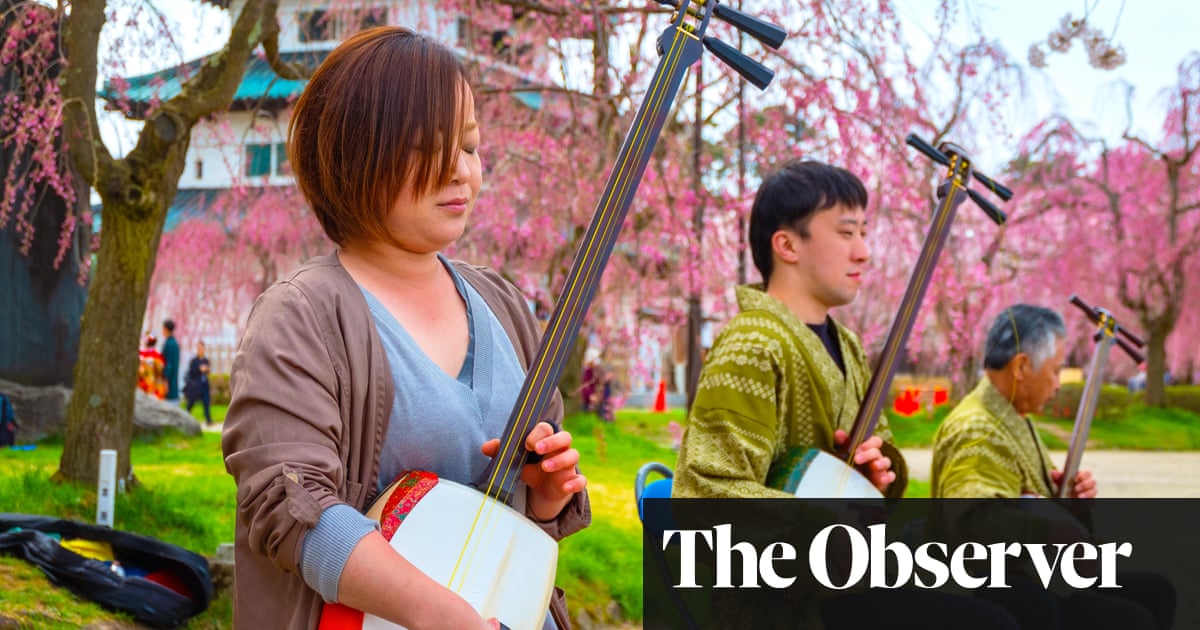 Katsuhiro Otaki confesses he can’t play a note on the shamisen, a three-stringed instrument whose sound has been the backdrop to Japanese traditional theatre for centuries.

But tens of thousands of men and women who do know their way up and down a shamisen neck have Otaki to thank for their exquisite instruments, hand-crafted by three generations of his family.

Since it was founded 135 years ago, Tokyo Wagakki has come to dominate Japan’s shamisen scene, accounting for more than half of all the instruments produced in the country. But the market is shrinking, and the sound of an instrument many associate with a “lost” Japan is itself at risk of becoming a cultural relic.

In May, when he didn’t receive a single order, Otaki told his 14 employees he had no choice but to close the business. While the coronavirus-enforced cancellation of live performances was a factor, the struggle to keep the shamisen tradition alive began long before the pandemic.

“I don’t make anywhere near as many shamisen as I used to,” said the 80-year-old, who took over the business from his father in his late teens. “We used to make 800 a year, but now it’s closer to 300. It’s not enough.

“Lots of players are in their 70s, but there are very few under, say, 40 or 50. Young people seem more interested in western instruments like the guitar, the violin and the piano.”

He believes the instrument’s best chance of survival rests on tsugarushamisen, a relatively recent genre that combines improvisation with a powerful sound and fleet fingerwork, rather than the more genteel melodies that waft through the geisha teahouses of Kyoto.

Takafumi Tanaka, editor of the Hogaku Journal, a publication dedicated to traditional Japanese music, attributed the decline in shamisen sales to a national identity crisis.

He looks back fondly on the 1970s, when the public broadcaster NHK regularly aired TV and radio programmes about Japanese music, leading to a boom in interest in traditional instruments and minyo folk songs. More recently, the instrument was granted a boost from the world music movement of the 1990s and, in the early 2000s, the popularity of the shamisen-thrashing Yoshida Brothers.

“Traditional instruments have lost their appeal because the Japanese ear is no longer receptive to that kind of music,” Tanaka said. “The shamisen will never disappear, but it will be confined to a small number of people. It’s already becoming an old person’s instrument.”

But Norm Nakamura, a professional tsugaru shamisen player, believes that reports of the instrument’s decline are exaggerated.

The Canadian had been booked to perform in Japan and overseas every month this year until Covid-19 came along. “I really felt it was going to be the year of the shamisen,” said Nakamura, who gave up his office job two years ago to play professionally.

He now performs regularly and has partnered with KiKi a female tsugaru shamisen duo, to organise overseas concerts. The trio also have plans to launch an online shamisen course.

Nakamura concedes that traditional shamisen can be prohibitively expensive – he paid more than $2,000 for his first one – and are notoriously difficult to maintain. But he is confident that demand for the hypnotic sounds of the tsugaru shamisen popularised by Chikuzan Takahashi will win converts, particularly if they have the chance to hear it live.

“No one ever plays the shamisen with perfection,” said Nakamura, who likens its myriad nuances to golf. “Even the best performers mess up and notice things they have to fix. With a guitar you can learn a song in a day, but with a shamisen it can take weeks, months, or even years. The shamisen is less of an instrument and more of a lifestyle. That can be off-putting for a lot of people. But for me it’s all part of the appeal.”

On hearing the news of Tokyo Wagakki’s impending closure, a group of young musicians collected donations and raised awareness via social media. Orders have picked up, and Otaki has enough money to keep the family business alive – for now.

“I can’t play the shamisen, but I’ve been making them for more than 60 years,” he said. “They only have three strings, but in the right hands they can produce an incredible variety of sounds. There is no other instrument like it.”