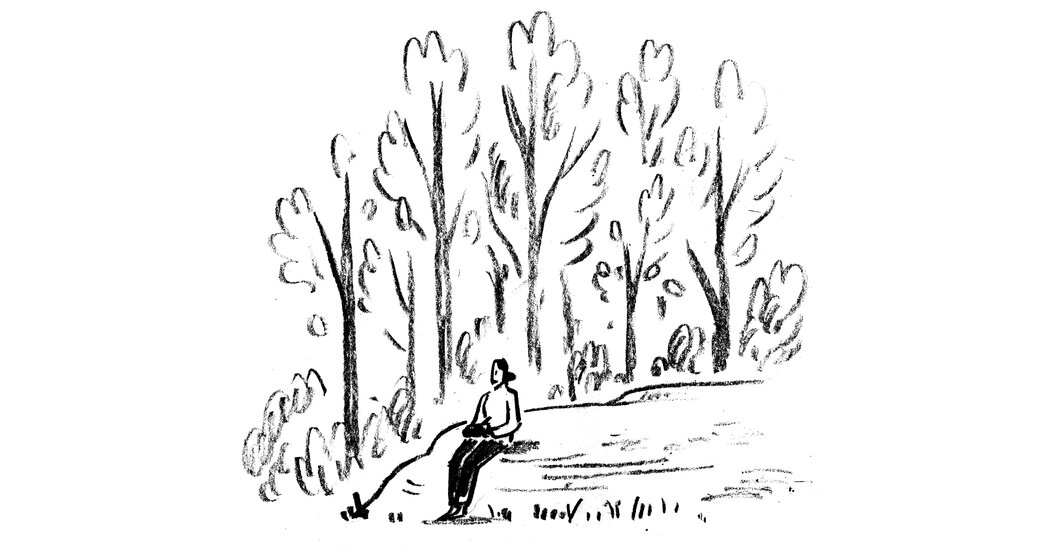 Another summer evening was just falling, and I was enjoying dinner alone on my favorite boulder in St. Nicholas Park.

It’s a coveted boulder, flat and good for sitting, half-shaded by tall trees, with a sweeping view of the park below.

It’s rare to find it unoccupied, and sure enough, a group of preteen boys soon wandered onto it, lazily swinging baseball bats, chatting and spitting with all the practiced showmanship of boys their age.

I smiled a little, feeling passing regret at having my time alone disturbed.

The youngest among them looked no more than 10 and he was by far the smallest, but he spoke with the ringing authority of a leader.

And so they did.

My uncle worked in a dry-cleaning plant. The work was hard and dangerous and it didn’t pay well.

To make extra money, he rented a small truck and collected clothes to clean. One day, I went with him. He stopped in a Brooklyn neighborhood, locked the truck and told me to come with him. There was a man he wanted me to meet.

We entered a house. Seated in the center of the living room was an older man who was surrounded and attended to by the women of the family.

My uncle introduced me.

The man looked at me.

“Sonny,” he said, smiling slowly, “would you like some wine?”

I was 9, and the question surprised but pleased me. Thinking of the only wine I had ever had, heavy, sweet Manischewitz, and then only at services and on holidays and only in small amounts, I happily said yes.

One of the women left the room and returned with a bottle wrapped in what looked like straw. She poured the wine into a brightly colored aluminum tumbler, circa the 1950s, and handed it to me.

I sipped. Wow! This was not Manischewitz. It was something else. I thought about stopping, but I had the feeling that would have been rude. I forced myself to finish. It was bitter — a Chianti, I suspect — and, truth to tell, it tasted better with each sip.

Finally, I put the empty tumbler down.

“How was it?” asked the man, smiling broadly now.

A few minutes later, my uncle and I left the house. I walked beside him, at a slant.

A whiff of salty air takes me back to Bay Ridge, 6th Ave.
I’m a kid again, sitting on our stoop. Me and Marlene.
Nana watching at the window.
We hear, “Hello girl.” A toddler stops to stare at us.
“Hello other girl.” Her mother smiles.
She got us giggling and giggling!
It always makes me smile to remember
giggling with Marlene on our Brooklyn stoop,
the little girl — and the salty air.

I live on Sixth Street and I often get mail that should have been delivered to Sixth Avenue.

I usually just walk down the block and drop the misdirected mail in the mail slot at the Sixth Avenue address. This has happened so many times that I’ve met and traded phone numbers with the older woman who lives there.

Now when a large package arrives that is meant for the Sixth Avenue building and doesn’t fit the slot, I call first before walking over.

When I get there, I see the woman waiting for me and I wave. She lowers a canvas bag attached to a rope out a third-story window. In the bag is a key to the front door.

I unlock the door and place the package in the vestibule. I then return the key to the bag, which the woman lifts back up.

Then we wave goodbye. There is always another time.

I was visiting a friend who lived in the West Village. After she went to work, I wandered down Waverly Place to an outdoor cafe.

Sipping a cappuccino, I knocked my water glass onto the sidewalk. I apologized profusely as the server swept up the broken glass.

From there, I took the subway to the Bronx Zoo. When I got there, I wept while I watched the gorillas behind glass walls.

Later I walked to Arthur Avenue and went into a restaurant. It was after lunch but before dinner. I felt a little melancholy eating a bowl of pasta and then a tiramisù in an otherwise empty dining room.

When the server brought me the check, she knocked over a glass. It shattered across the floor.

She brought me two Band-Aids. I stretched one over a tiny cut on my leg and put the other in my pocket.

Later, in the subway station, a man approached me, his palm extended. I could see that his hand was bleeding.

Read all recent entries and our submissions guidelines. Reach us via email diary@nytimes.com or follow @NYTMetro on Twitter.