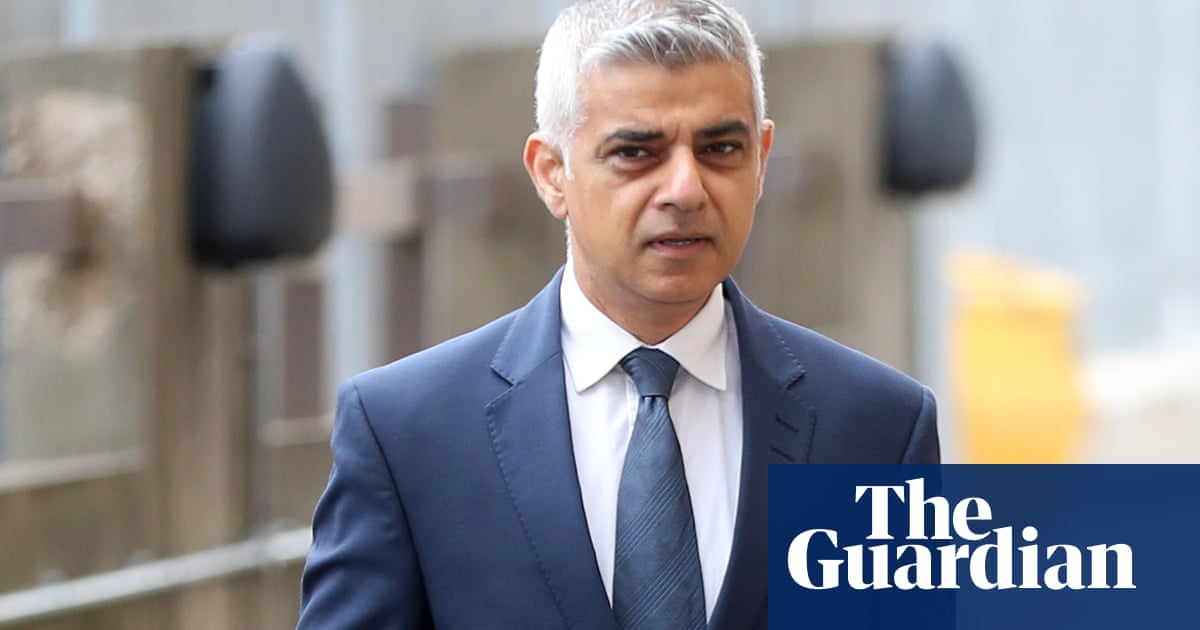 Khan was abused as he walked back towards his office in City Hall during a protest by London black-cab drivers.

During the 54-second clip, Khan can be seen walking away impassively as he is followed by a group shouting abuse at him, swearing and calling hime a “hypocrite” and “the destroyer of London”

Khan, the MP for Tooting before succeeding Boris Johnson as London mayor, continues to walk away as the group chase after him, becoming increasingly aggressive and goading him to respond using a racial trope.

Last year, it was revealed that the 49-year-old Labour politician had to be given round-the-clock police protection after receiving a number of death threats. The measure was taken after City Hall referred 17 cases to the police in a three-month period with a further 237 separate threats made to Khan via social media.

In an interview at the time, Khan revealed that the “name-calling, trolling and threats to terrorism” had intensified since the 2016 Brexit referendum.

Khan, a practising Muslim, told the Times magazine: “It can’t be right that one of the consequences of me being the mayor of London and a Muslim in public life is that I have police protection.

“The referendum campaign allowed things to come to the surface and normalised things that should not be normalised.”

David Lammy, the shadow lord chancellor and Labour MP for Tottenham, condemned the video, which has been viewed 1.3m times.

Lammy tweted: “In what world is it acceptable to speak to anyone like this while doing their job? No one in public or private life deserves this despicable abuse. Solidarity @SadiqKhan.”

Piers Morgan joined in the condemnation, describing the clip as “absolutely repellent”.

“Whether you like him or not (I do) @SadiqKhan does not deserve this kind of mindless Neanderthal abuse. Just vile,” he added.

Meanwhile, the London borough councillor Khayer Choudhury, who reported the clip to the Metropolitan police, called for action, saying Khan suffered more abuse than any other politician in the country.

“When I see what he has to put up with it makes me feel awful and can understand why it would put anyone off going into public service,” said the 30-year-old Ilford councillor.

“Being an Asian politician we face problems on several scales anyway but then to be hounded as you are just walking into work is completely unacceptable.”

The clip, which was filmed on Thursday, was taken shortly after protesters had marched across London Bridge towards Bishopsgate holding banners that read “Khan you have blood on your hands” and “Islington residents say NO to forced road closures – we demand to be heard.”

A crowd then gathered outside Khan’s office chanting “Khan out!” protesting against the mayor’s green plans to make large areas of London car-free.