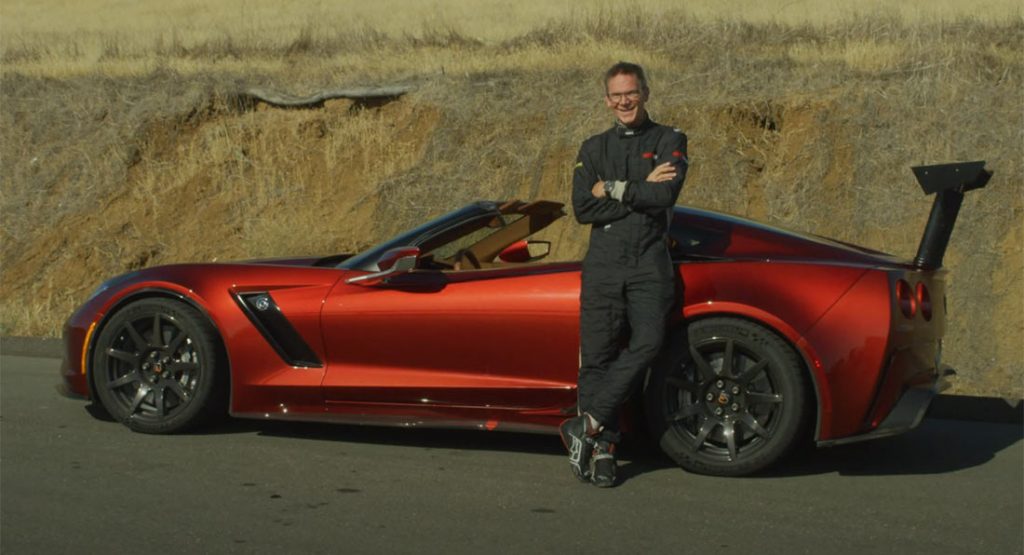 The all-electric Genovation GXE has set an unofficial electric vehicle lap record at the Thunderhill West circuit with Randy Pobst behind the wheel.

As far as Corvettes go, the GXE is one of the most intriguing. It is based on a C7 model, but the standard 6.2-liter V8 has been removed and in its place sits a bespoke electric powertrain. This setup includes a 60 kWh battery pack, inverters, and twin electric motors that deliver a combined 800 hp and 700 lb-ft (949 Nm) of torque.

Last year, the team behind the GXE hit a top speed of 211.8 mph (340.8 km/h) and has since turned its attention to fine-tuning the car’s performance on the racetrack.

Pobst was called in by the car manufacturer to help perfect the GXE’s handling balance, particularly the adjustable rear wing and suspension setup. In one of the videos below, Pobst commends the Genovation team for what they have built and quickly feels at home behind the wheel.

In the hands of the experienced racer, the GXE lapped the circuit in 1:21.16. That makes it faster than the C8 Corvette and only slower than the Lamborghini Huracan Evo and McLaren 600LT, at least according to the Fastest Laps website.

It is understood that Genovation will begin production of customer cars once development is completed. A total of 75 examples will be built, each with a starting price of $750,000.