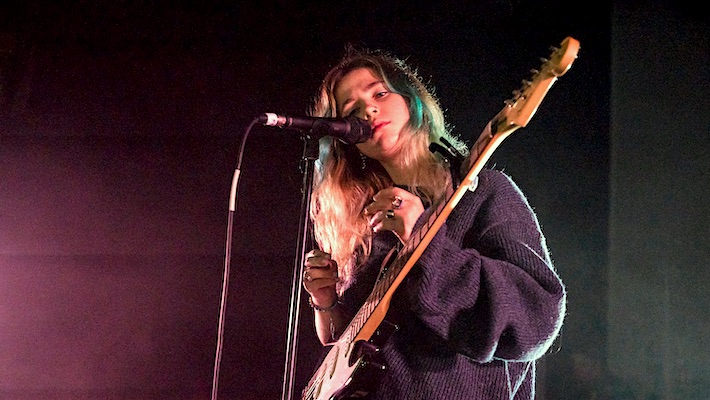 Fresh off the one-year mark of her debut album, Immunity, Clairo has started sharing new music off what may be her sophomore effort. She recently appeared on Appleville, a virtual festival that also included the likes of Charli XCX, 100 Gecs, Kero Kero Bonito, and more, where she debuted two new songs. “No idea when these will see the light of day but i thought i’d share a couple things i’m working on now,” Clairo wrote in the caption of an Instagram video that featured her Appleville performance.

Clairo’s livestream appearance comes after she joined names like Charlie XCX and Phoebe Bridgers for The 1975’s tribute livestream, where she performed the band’s song “Robbers.” She also covered Johnny Flynn’s “Brown Trout Blues,” turning the track into a soulful acoustic number. Back in March, Clairo shared her most recent release, “Everything I Know.” The demo found her returning to her lo-fi sounds, backed by toned-down vocals and fuzzy guitars. She said she wrote the song back in early 2019.

Around the same time, Clairo also shared a video diary of her tour with Tame Impala before it was put on hold as a result of the coronavirus pandemic.

You can watch her Appleville performance in the video above.