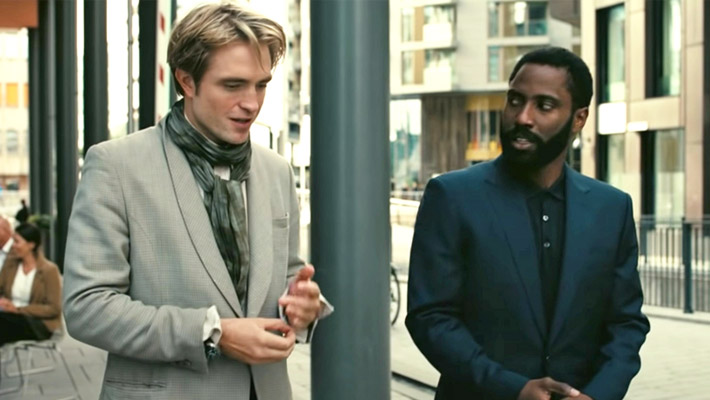 Typically when I write Sunday’s weekly box-office report, I am able compose much of it on Saturday night with estimates provided by the studios on Saturday morning. I tweak the post on Sunday morning once final numbers are provided. Last weekend, however, there were no estimates provided for Christopher Nolan’s Tenet. In fact, while studios typically release box-office numbers to rival studios by the hour, Warner Bros. made the odd decision to withhold an entire week’s worth of box-office receipts and provide everyone with only one number last Sunday, which accounted for all of the box office for Tenet in the United States for the Monday – Sunday period, plus a full 11 days (and two weekends) of receipts from Canada. When we reported that the film had made $20.2 million, that was for 11 days in two countries. Warner Bros. still hasn’t provided a daily breakdown, but it appears that it made around $9.5 million over the three-day weekend.

Obviously, $9.5 million for a $200 million film would not be anything to brag about during normal times, and the reason that Warner Bros. has probably been so cagey with its numbers is that the studio doesn’t want those of us who write box-office reports to call it a box-office bomb. The studio is concerned that we might not provide the proper context, but I think that the proper context is apparent to everyone. There’s a pandemic going on; theaters are at 30 percent capacity; moviegoers are still very concerned about going into theaters; and theaters aren’t even open in some of the largest markets, including New York and Los Angeles.

The truth is, no one is anxious to call Tenet a bomb, because we want it to succeed. Its success means that more movies will be released, and from a purely selfish perspective, it also means we will continue to have box-office reports to write (as opposed to trying to suss out VOD sales and Netflix views). We also understand that, during the pandemic, movies like Tenet will collect box-office receipts over months, instead of weeks, and that Warner Bros. is playing the long game.

However, even though Warner Bros. has not been providing daily breakdowns, we can probably surmise that the studio is at least somewhat disappointed/concerned with the box-office numbers of Tenet because the same studio has pushed back the release of Wonder Woman 2 from October until Christmas. That means that either they don’t have faith in moviegoing right now, or that it at least wants to give Tenet some more time to itself in the marketplace (no other major movie is scheduled until Black Widow in November).

It’s hard to say what any of this means about the state of moviegoing for the near and far term. Anthony Fauci said that it might not be completely safe to return to theaters for another year; studios are starting to do yet another round of delays; and it remains unclear if theaters themselves can survive through these very lean times. Now that production has resumed on a lot of projects (with Covid restrictions), will studios continue to delay, or at some point, will they start moving their eggs into the streaming and/or PVOD basket? Then again, no one really knows how well Mulan has done in PVOD, either, so we don’t know yet if that is a viable option for huge blockbusters.

It’s all still very much up in the air, and until a vaccine is available, the uncertainly is likely to remain. With the fall and winter approaching and more and more blockbusters being pushed until 2021, it will be interesting to see how Oscar season plays out. A lot of the Oscar contenders with smaller budgets currently being screened at film festivals could do very well with VOD and streaming releases while America is hunkered down during flu season, so while we may not see a new Marvel film for awhile, our television sets and laptops may get quite a workout in the coming months.

The domestic total for Tenet now stands at $29 million (including Canada). It is doing better overseas, although its second weekend drop was precipitous in China for a Nolan film, falling 66 percent to $10.8 million. The good news is, worldwide now, Tenet has put up a decent $200 million.

There’s still an audience out there internationally, but domestically, studios may need to rely on digital rentals and sales to supplement lower numbers, so far. Its not just Tenant, either. New Mutants only earned $2 million in its third weekend, and now has a worldwide cume of only $29 million, which is probably less than the marketing budget for the film. Broken Hearts Gallery with Selena Gomez opened wide this weekend, too, and only earned $1.1 million in 2200 theaters.

In fact, the only modest success in America, so far, has been Unhinged, which has earned $13 million since it opened. Unhinged, however, has earned most of its money in drive-in theaters.