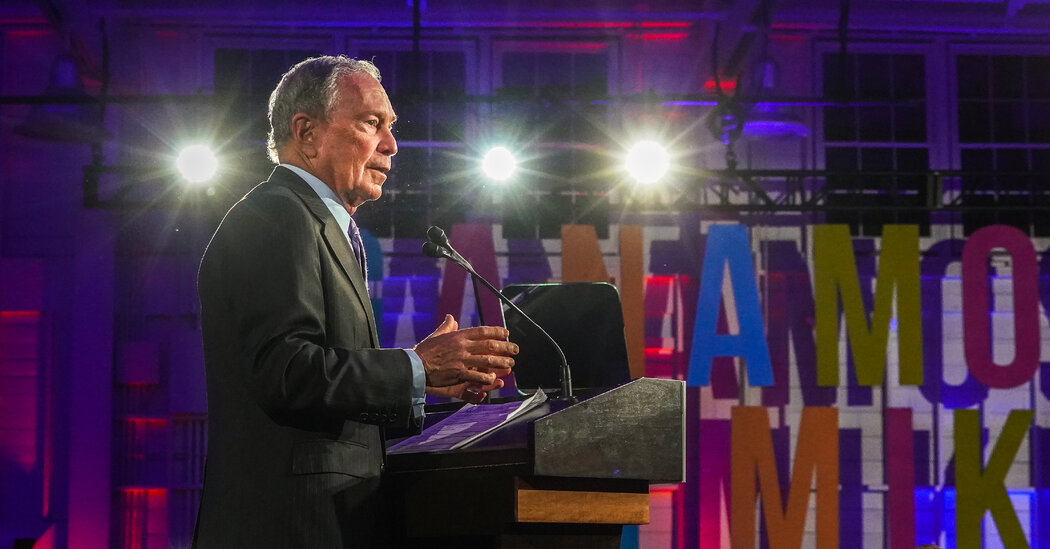 The announcement also followed criticism from within the Democratic Party — in spite of a huge $18 million transfer to the Democratic National Committee this spring — that Mr. Bloomberg had not delivered on his promise to put the full weight of his fortune behind the general-election effort to defeat Mr. Trump.

The commitment in Florida, while enormous for a one-state program, represents a significant pullback from the promises made by some Bloomberg advisers during primary season. Mr. Bloomberg’s campaign manager, Kevin Sheekey, told Democrats that if Mr. Bloomberg were not the nominee he would form a new super PAC and mount an enormous effort against Mr. Trump in the country’s biggest swing states.

But after his candidacy ended, Mr. Bloomberg scrapped the idea of starting a new anti-Trump group. Throughout the summer, Democratic groups that approached Mr. Bloomberg were told by his aides that the former mayor had not yet approved any spending in the presidential race.

Allies and advisers to Mr. Bloomberg, who has also faced lawsuits from former campaign workers claiming he misled them, suggested that he had been assessing the landscape and waiting to deploy potential future donations until they might be most effective. Voting begins in Florida with the distribution of absentee ballots on Sept. 24.

The new $100 million commitment in Florida will be routed through one of Mr. Bloomberg’s super PACs, Independence USA, as well as other Democratic groups, according to a spokeswoman. The effort is expect to emphasize communications with Hispanic voters, the spokeswoman said.

In a statement issued Sunday, Mr. Sheekey said Mr. Bloomberg’s latest commitments “will mean Democrats and the Biden campaign can invest even more heavily in other key states like Pennsylvania, which will be critical to a Biden victory.”

Mr. Bloomberg’s appearance at the Democratic National Convention last month reignited criticism from some in the party that he had not given directly to Mr. Biden’s campaign after spending nearly $1 billion on his own bid for the nomination. Since dropping out of the race, he has also committed tens of millions of dollars to supporting House Democrats.

In response to the news of his latest pledge on Sunday, Mr. Trump ridiculed Mr. Bloomberg on Twitter, calling his participation in the Democratic primary debates “the most inept debate performance in the history of presidential politics.”

“Save NYC instead,” the president wrote.