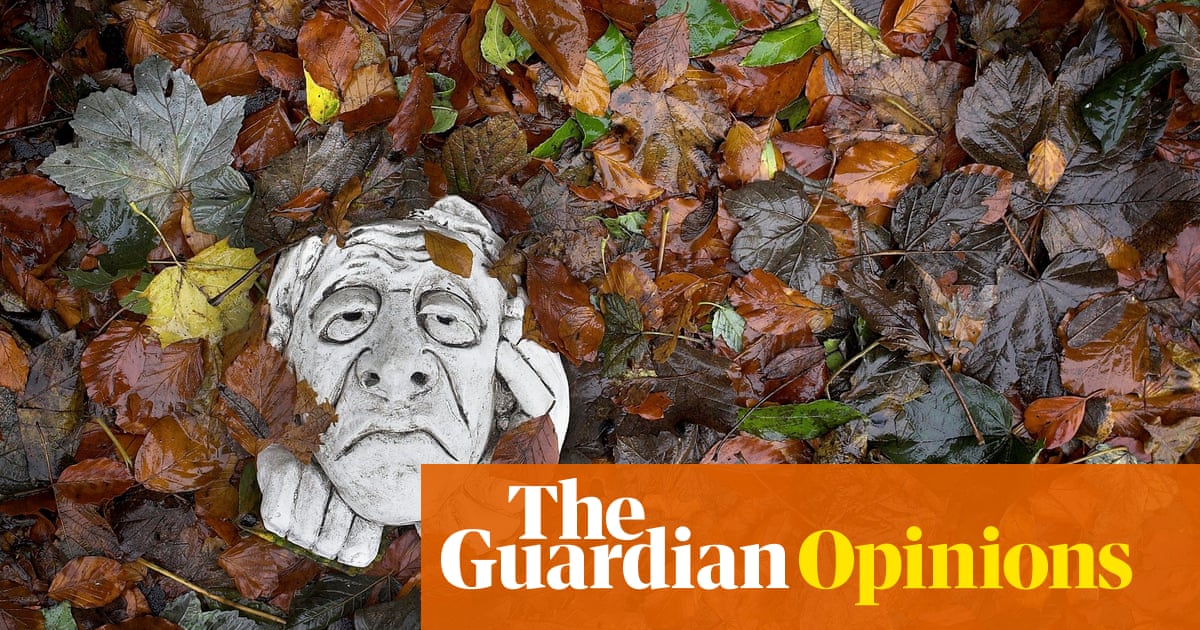 “Melancholy occurs in autumn, whereas mania in summer,” wrote the Greek philosopher Posidoniusaround 100BC. The ancient Greeks were well aware of the toll that winter darkness could take on mood, as were ancient Chinese and Indian societies. Hippocrates wrote of seasonal depressions in 400BC; Greco-Roman physicians were using a form of sunlight therapy in the 2nd century. Though seasonal affective disorder (Sad) was only named in the 1980s, the effects on mood of “hideous winter” – Shakespeare wasn’t much of a fan either – long predate it.

Anyone who gets Sad, or the winter blues, will be familiar with the dread that the change in seasons can bring. It comes around annually like clockwork, but this year presents extra challenges. “Sad is a huge problem at the best of times, and this is not the best of times,” said Norman Rosenthal, the doctor who named the disorder after research inspired by the effects of winter on his own mood. He is concerned that people already suffering from the effects of a pandemic that has had a dire effect on mental health will find their unhappiness amplified during the coming shorter, darker days.

Lockdown saw limits imposed on how much time we could spend outdoors, and in the UK the NHS recommended that vitamin D supplements be taken during this period. Those who rely on the health benefits of winter sun holidays may be thwarted this year. Throw in an existing mental health crisis, and overstretched and underfunded services, and the midwinter looks bleak indeed.

I apologise for sounding so gloomy. There are of course things we can all do to mitigate a lack of sunlight, from diet and exercise to spending as much time outdoors as possible, especially between 11am and 3pm. One of the upsides of the pandemic is that it has taught us to savour all the time outdoors that we can. It is more of a challenge incorporating it during autumn and winter but it is not impossible, as Scandinavian societies show with their commitment to spending time outdoors every day and to winter activities. There’s even a name for the Nordic concept of getting outdoors and spending time in nature – friluftsliv, which was popularised by Ibsen and directly translates as “open-air living”.

It’s nowhere near as well known as hygge. Though it may be tempting to hunker down through the darkness with blankets and candles, it’s probably better for your health to get outside. As someone who grew up in rainy north Wales, I’ll admit this does feel counterintuitive. The almost constant drizzle that characterised much of my childhood was depressing in its own way, but I imagine it’s about taking advantage of the moment when the weather clears, or having the proper clothing to enjoy the outdoors all year round. (Another famous Scandi saying is, “There’s no such thing as bad weather, only bad clothes.”)

I do recognise the irony in suggesting that depressed people simply go outside – anyone who has experienced the feeling of the colour draining from everything to the point that you can’t get out of bed will know that it is easier said than done. A working culture that sees so many rise and commute in darkness and clock off in darkness means that dropping everything to run outside the second the sun shines is not really an option for many employees, though those working from home might have more flexibility than they once did.

Sadly, no matter how much we aim to go outside, our sunlight doesn’t contain enough UVB radiation in winter for our skin to be able to make vitamin D. It’s hard to get it from food alone, so it is recommended that most people consider supplements in winter (and that those with dark skin, those who cover their skin while outside or who live in care homes take the supplements year round).

And it’s all very well recommending that people with Sad make their homes as light and airy as possible, when so many people live in dark, cramped housing with small windows that hardly open and no outdoor space. Many swear by lightboxes or daylight bulbs, but these are not available on the NHS, which treats Sad like any other form of depression, with medication and CBT. The less well-off are unlikely to be able to stretch to the expense.

Society needs a radical shift if we are to tackle many of the structural reasons for poor mental health. But we can start by taking Sad seriously. So many of us desperately try to keep going, as though we can plough distress as we can snow, but help is available. There is also much joy to be found in winter, in the walks and the landscape and the festivities. It isn’t simply something to get through, it can be enjoyed on its own terms. And as George Harrison well knew and I always try to remember, it may be a long cold lonely winter, but the ice will melt, and the sun will come.

• Rhiannon Lucy Cosslett is a Guardian columnist and author