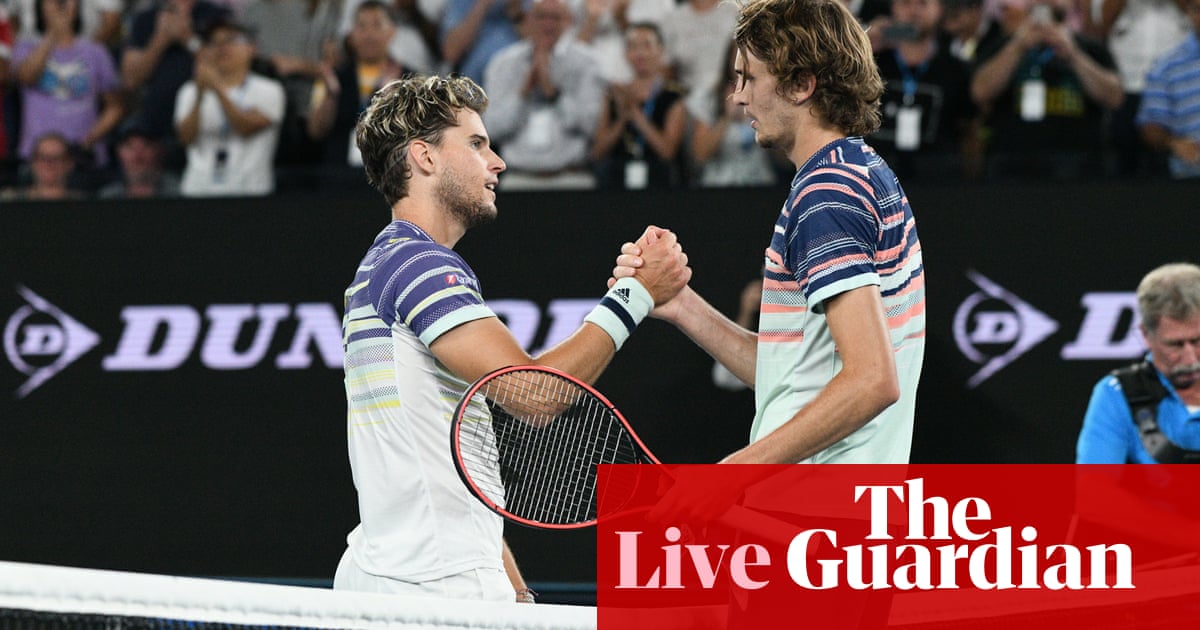 Hello and welcome to Arthur Ashe Stadium for the US Open men’s singles final between Alexander Zverev and Dominic Thiem. Today’s showdown between two of the tour’s most promising young talents of the past few years will see a first-time grand slam champion on the men’s side for the first time since Marin Cilic won the 2014 US Open. It’s the 23-year-old Zverev’s first major final and the 27-year-old Thiem’s fourth after losses to Rafael Nadal at the last two French Open and a defeat to Novak Djokovic in the Australian Open earlier this year.

Here’s a look at how they compare. Thiem has won seven of their nine tour meetings including their most recent showdown, a four-set blockbuster in the Australian Open semi-finals.

Bryan will be here shortly. In the meantime here’s Kevin Mitchell’s lookahead to today’s match.