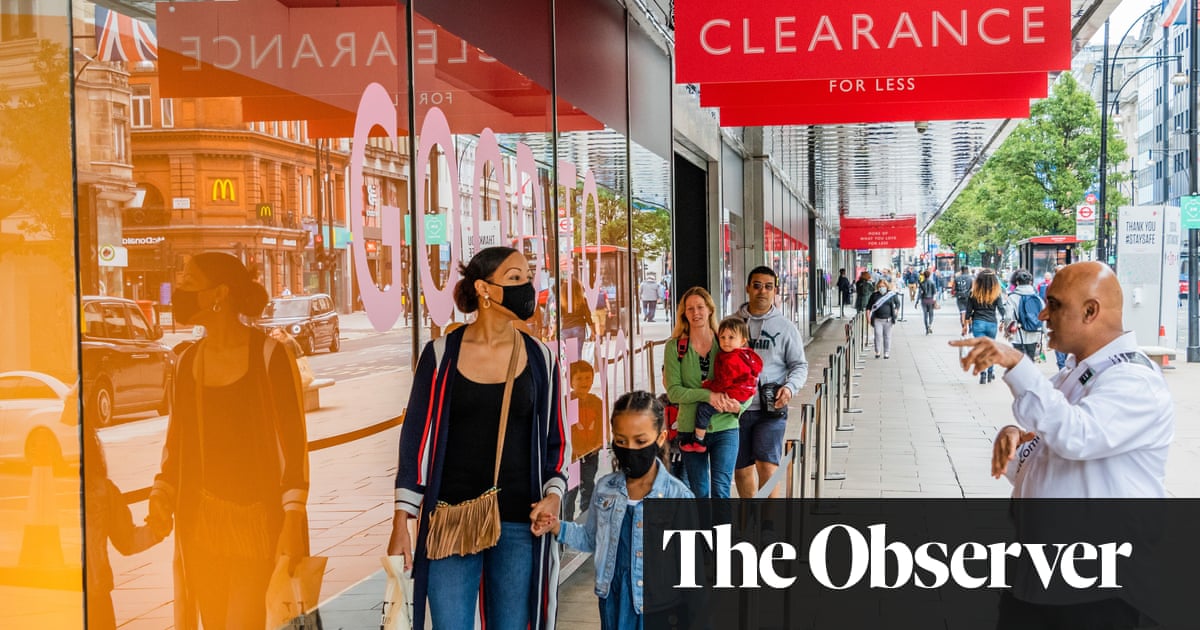 It has been a torrid year for middle-class favourite John Lewis, and this week the retailer, which is in the midst of a revolution under new boss Sharon White, will lay bare the damage coronavirus is wreaking on its finances.

A heavy first-half loss is anticipated from its department stores, which were struggling before the pandemic struck. As a reminder, the shops were closed for three of the six months under scrutiny. In July, White confirmed that eight of the group’s 50 outlets, including its sprawling Birmingham branch, were closed for good.

White, who arrived in February from the communications regulator Ofcom, is shaking up the employee-owned business that is also behind the Waitrose supermarket chain.

An economist by training, she pulled no punches, stating matter-of-factly in a recent interview that “we lost our way” under the previous management. She also sketched a radical new vision that it is hoped will arrest declining profitability. Last year, the retailer’s profits slumped 23% to £123m. Three years ago it was making £360m.

Building affordable housing, selling financial products, such as Isas and equity-release loans, and even landscape gardening are among the ideas to have emerged from White’s brainstorming as the business seeks to reduce its reliance on a diminishing high street.

She will set out her vision in full next month, but recent announcements – including enlisting Deliveroo riders to deliver Waitrose groceries, and a new furniture rental service at John Lewis – point to the direction of travel.

The stakes are high. White has already warned the group’s 80,000 employees – or partners – that the tumultuous economic backdrop means they are unlikely to receive a staff bonus next year. The annual payout, the same percentage for everyone from the chairman to shelf stackers, is an integral part of the group’s culture.

Its famous “never knowingly undersold” price promise is also under threat. Retail analysts argue the sentiment, which does not extend to online-only retailers, has become irrelevant in a year when 60-70% of John Lewis’s sales will come from the internet.

Waitrose also has a big fight on its hands after the end of its long-running partnership with delivery group Ocado, which has switched to a partnership with Marks & Spencer. The cost of beefing up its web operation will have weighed on profits, as will the higher costs of operating throughout the pandemic.

It will be worth paying attention on Thursday, as we don’t hear from the mutual as much as we used to. In January, John Lewis canned its weekly sales updates, which were watched closely by rivals and used by City analysts as a gauge of high street conditions.

The update will also be the first glimpse of the business’s all-new leadership team. It has poached Pippa Wicks – instrumental in the turnaround of the Co-op, another mutual that had fallen on hard times – to steer the department store chain. Another new face, following last year’s restructuring, is former Sainsbury’s director James Bailey, now at Waitrose.

Back in April, White said the pandemic meant the group was looking at worst-case scenarios of a full-year sales decline of 35% at John Lewis and 5% at Waitrose. John Lewis’s online sales boomed during the lockdown, but independent retail analyst Nick Bubb says this tilt to the web will have been “ruinous” for its finances because of the extra delivery and distribution costs, coming on top of the bill for the upkeep of its stores.

And all that was before Boris Johnson potentially cancelled Christmas, a time of year when John Lewis and Waitrose usually clean up, with his new “rule of six”. But will the picture be that gloomy? Even the Grinch couldn’t stop Christmas.