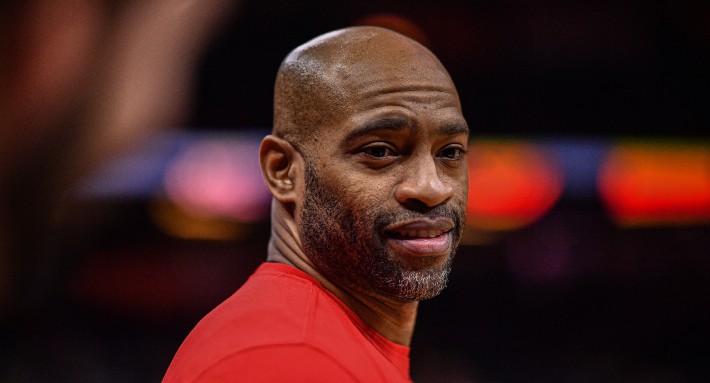 When the 2019-20 NBA season shut down in mid-March, it wasn’t abundantly clear that Vince Carter’s playing career was over. The future Hall of Fame forward previously indicated that he would likely step away following the season but, with the Atlanta Hawks out of the playoff picture, Carter spoke emotionally following a loss to the New York Knicks on March 11, and that ended up being his final post-game press conference as an active player. Since then, attention has shifted to Carter’s post-playing career, with Andrew Marchand of the New York Post now reporting that the 43-year-old will be joining ESPN.

Even before this report, all indications were that Carter would be shifting into broadcasting in some form, even while reportedly keeping the door open for work with the Hawks. Carter currently hosts a podcast, alongside Hawks digital reporter Annie Finberg, for The Ringer, and he was active in media work during a two-year stint with the Hawks. With that said, his role at ESPN will reportedly be “full-time,” according to Marchand.

Though it is unclear what Carter’s responsibilities will be with the worldwide leader, Marchand reports that Carter “was looked upon as a top broadcasting free agent once he finished playing.” At ESPN, there are myriad opportunities, both in the studio and with the potential for in-game work, and Carter famously announced his intent to play one more season on The Jump in 2019.

Carter is an astute basketball observer, as evidenced by his podcast work, previous on-air experience and consistent insight delivered in media appearances during his playing days. That approach, combined with his expansive profile as a former All-Star turned valuable role player, gives Carter a leg up on many players transitioning into analyst work, and he should be able to draw from varied experiences as a result.