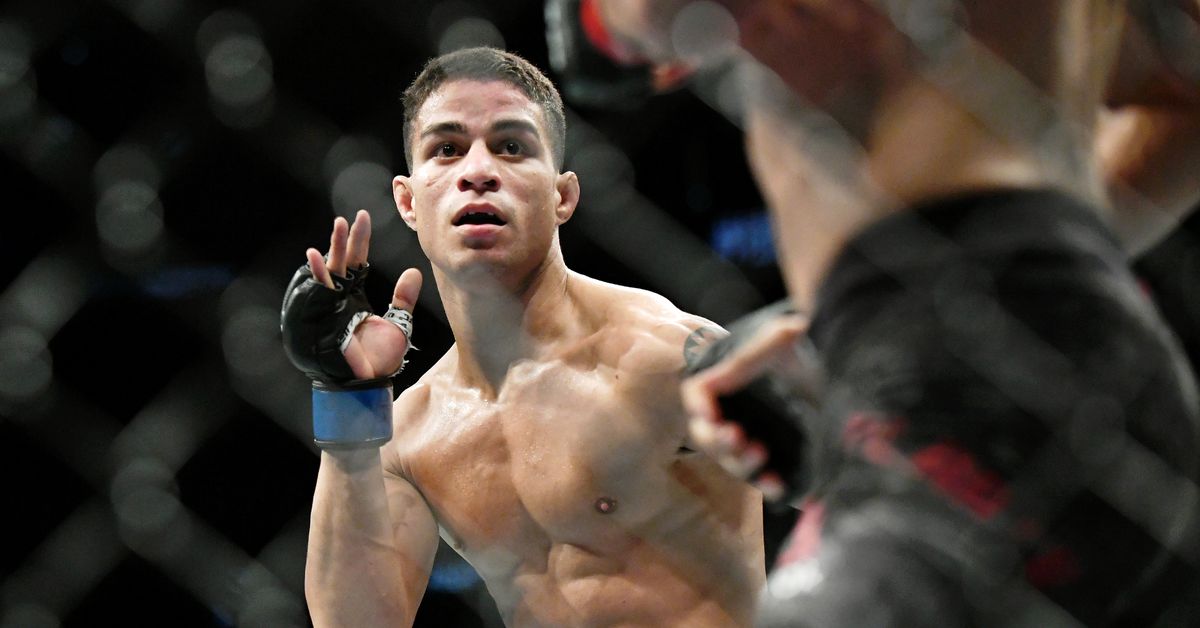 Former Jungle Fight and Combate Americas titleholders will collide in the octagon on Nov. 7 as Felipe Colares takes on Gustavo Lopez in a bantamweight bout at the upcoming UFC event, multiple sources told MMA Fighting following a report from MMAjunkie.

The UFC has yet to officially announce the card, its location, and the main event.

Colares (9-2) joined the UFC roster after winning the Jungle Fight featherweight title in 2017, but decided to cut down to 135 pounds after losing a decision to Geraldo de Freitas in his octagon debut in 2019. “Cabocao” defeated Domingo Pilarte in his first bout at bantamweight before losing a decision to Montel Jackson in January.

Lopez (11-5) finally captured the Combate Americas bantamweight crown in 2019 after two failed attempts in 2016 and 2018, defending it once before earning a shot under the bright lights of the UFC in June by replacing Ray Borg on short notice. Lopez ended up losing a unanimous decision to Merab Dvalishvili in Las Vegas.