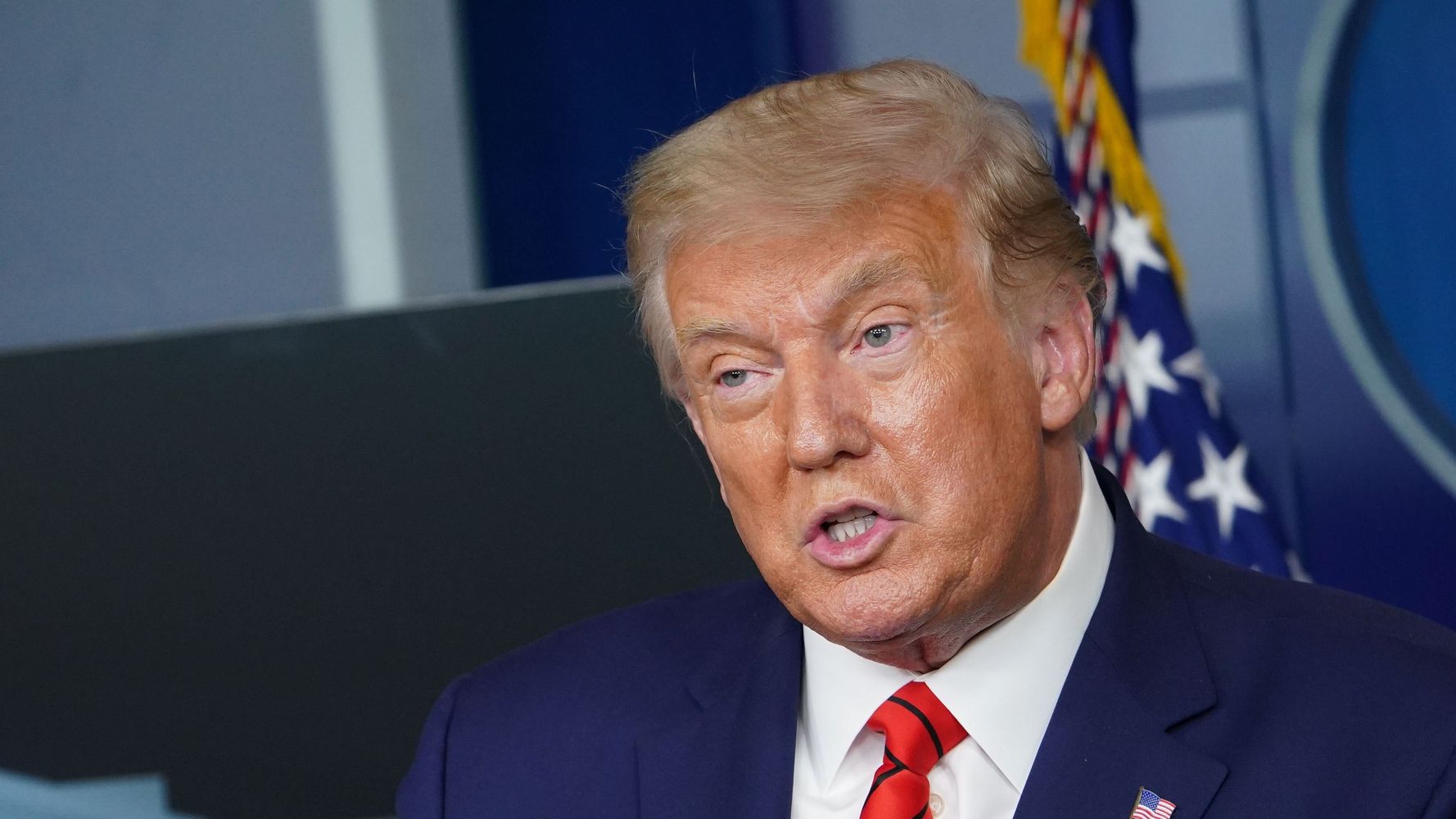 “He was trying to get away from them, I guess … and he fell,” Trump claimed, citing videos of the Rittenhouse attack. “And then they very violently attacked him.”

The president claimed that the teenager, who was carrying an assault-style rifle, “probably would’ve been killed.”

“He was in very big trouble. He probably would’ve been killed, but it’s under investigation,” Trump said.

Rittenhouse, who lives 20 miles away in Antioch, Illinois, was among a number of vigilantes who came to the Kenosha protest with firearms, claiming they wanted to “protect” public property.

Videos filmed at the protest show a person who appears to be Rittenhouse carrying a semiautomatic rifle. The gunman trips and then can be seen shooting at two protesters who confront him. He then walks to police officers with his hands raised as bystanders yell to police that people were shot.

Anthony Huber, 26, and Joseph Rosenbaum, 36, died in the shooting. A volunteer medic, 26-year-old Gaige Grosskreutz, was wounded in the arm.

The week after the shooting, Trump would not comment publicly on Rittenhouse or the victims, even as he complained of the violence happening at anti-racism protests across the country, including ongoing ones in Minneapolis, New York City and Portland, Oregon.

On Monday, Trump spent most of the White House news conference blaming Democrats, Democratic state leaders and his presidential opponent, Joe Biden, for the civil unrest.

He accused Biden of using “Mafia talking points” to incite the unrest and falsely claimed that Biden had not spoken out against the rioting and looting that has taken place during some of the protests.

At a campaign event in Pittsburgh earlier Monday, Biden had condemned those acts and clashes between anti-racism activists and Trump supporters.

Trump also defended a large caravan of Trump supporters and Patriot Prayer members, a far-right group, that drove through Portland on Saturday. Videos show that some people in the caravan brought paintball guns and pepper spray, which they used on counterprotesters.

On the night of the pro-Trump event in Portland, Aaron J. Danielson, who has been identified as a “friend” of the Patriot Prayer group, was fatally shot.

When asked by reporters why he was not condemning his own supporters who brought paintball guns to the Portland demonstration, Trump insisted that they brought them to defend themselves.

“Paint is a defensive mechanism,” Trump said. “Paint is not bullets.”

Biden released his own statement on Monday night, urging Trump to join him in plainly denouncing all types of violence at protests. Biden accused Trump of being “too scared” to call for the violence to end.

“Tonight, the president declined to rebuke violence. He wouldn’t even repudiate one of his supporters who is charged with murder because of his attacks on others,” Biden said. “He is too weak, too scared of the hatred he has stirred to put an end to it.”

“So once again, I urge the president to join me in saying that while peaceful protest is a right — a necessity — violence is wrong, period,” Biden added. “No matter who does it, no matter what political affiliation they have. Period.”