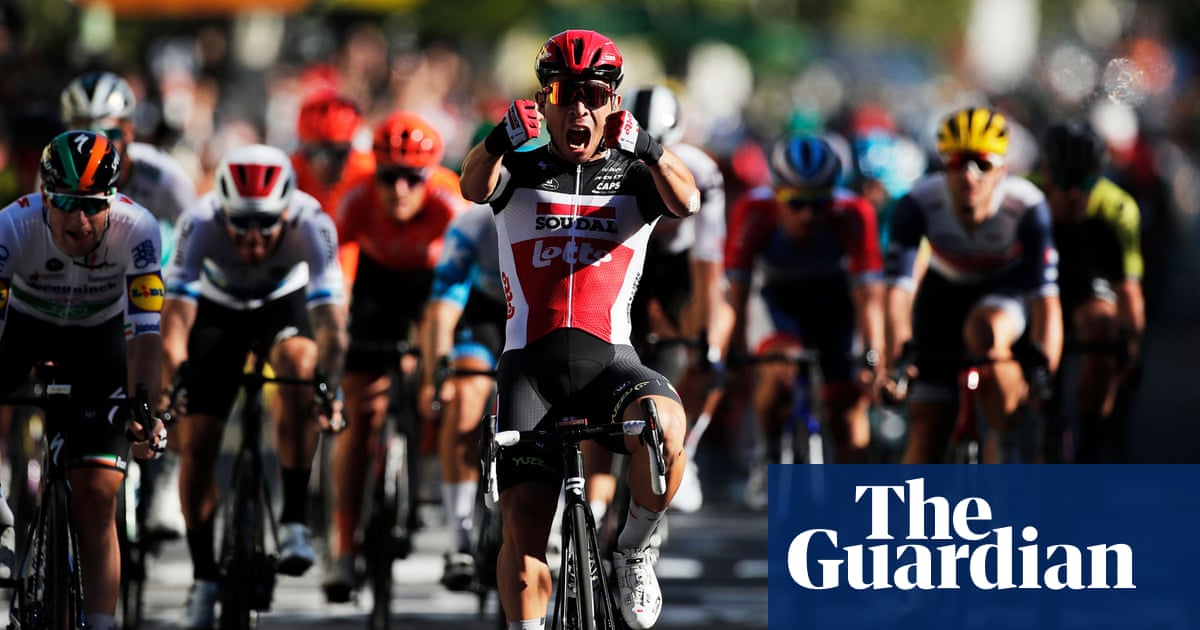 Australian sprinter Caleb Ewan took victory in a sprint finish to stage three of the Tour de France in Sisteron, denying Sam Bennett and Peter Sagan after a soporific day’s racing exploded into life in the final half hour of competition.

Monday saw the peloton head north away from the coast and into the mountains, from the Cote d’Azur to the Alpes de Haute Provence, and a three-rider break slipped clear inside the first kilometre amid sunshine and showers.

The all-French trio — Anthony Perez (Cofidis), Jérôme Cousin (Total Direct Énergie) and Benoit Cosnefroy (AG2R La Mondiale) — had conflicting interests, Cousin was seeking a stage win, with his compatriots duelling over mountain points. Perez and Cosnefroy were happy to contend only the categorised climbs, leaving a frustrated Cousin with no option but to go ahead alone, which he did with 13km remaining.

Behind him the peloton, with some still recovering from injuries sustained in Saturday’s crash-littered stage and others mindful of the Tour’s first summit finish, at Orcières-Merlette on Tuesday, were happy to ride at touring pace with the overall leader, Julian Alaphilippe, taking no chances. The Frenchman stayed out of danger to maintain his narrow lead over Adam Yates in the general classification.

Perez collected enough points on the Cols de Filon, Paye and Lèques to secure the King of the Mountains jersey for stage four, but disaster struck on the descent from the latter climb. Chasing back to the main bunch after a puncture, Perez crashed into his team car at 60km per hour, breaking his collarbone and prematurely ending his Tour.

Forty kilometres from Sisteron, the day’s climbs behind them, the peloton picked up speed and with 16km remaining, reeled in a weary Cousin to set up the contest for the final sprint. It had looked like a battle between Peter Sagan and Ireland’s Sam Bennett, but a late surge saw Ewan (Lotto-Soudal) beat them both and claim the fourth Tour stage win of his career.