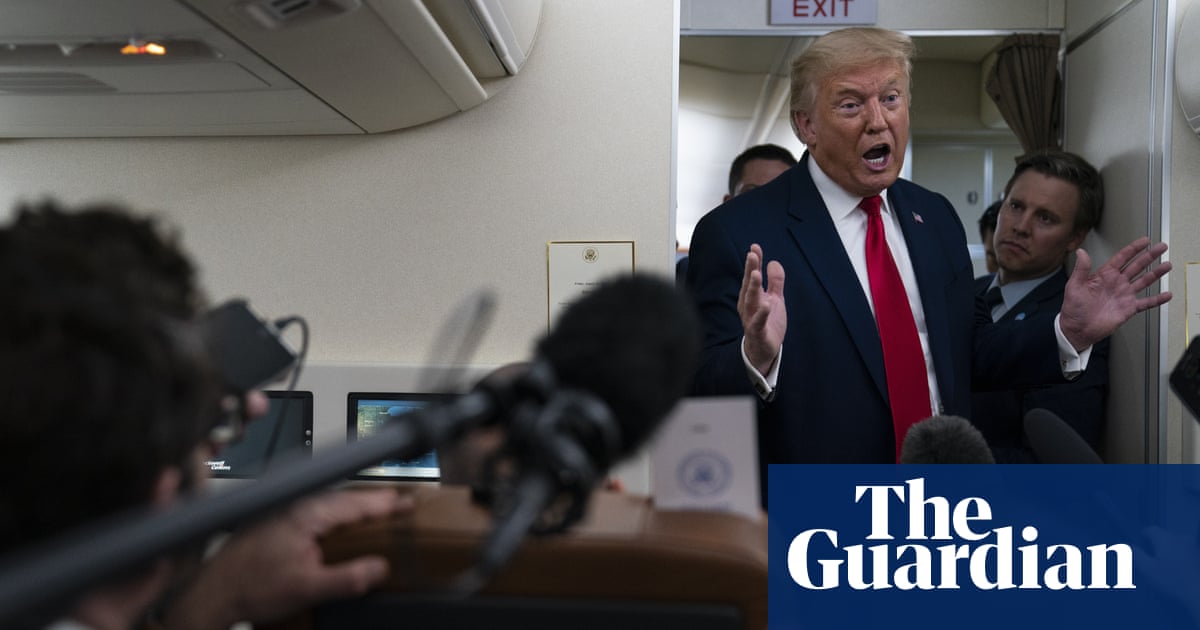 Six months into the coronavirus pandemic, Donald Trump tweeted a rare statement of condolences, as the confirmed death toll in the US climbed past 183,000.

But the expression of regret was not for victims of Covid-19. Instead the president memorialized a member of a far-right group killed in Portland, Oregon on Saturday night.

“Rest in peace Jay,” the president tweeted, referring to Aaron “Jay” Danielson, shot dead in clashes after a convoy of Trump supporters drove through an anti-racism protest.

Trump is not often given to expressions of sympathy or understanding. But going back to the days when he took out a full-page ad in the New York Times to call for the deaths of five wrongfully accused Black men in the 1989 Central Park jogger case, he has shown a lifelong penchant for inserting himself at raw public moments to inflame racist hatreds and fears.

The difference now is that Trump is president, and that penchant has become the centerpiece of his re-election strategy. That much is plain from his Twitter feed, which on Sunday included footage of a Black man assaulting a white woman on a subway platform, apropos of nothing.

“I think he only means to agitate things,” said Karen Bass, chair of the Congressional Black Caucus. “He is campaigning. It’s clear his campaign is all about ‘law and order’, it’s a throwback to the past, and he’s going to do everything to disrupt law and order in this time.”

It has been three years since Trump defended the “very fine people” among the white supremacist marchers in Charlottesville, Virginia. It has been only two months since he branded anti-racist protesters “terrorists” and two weeks since he tweeted that “the history and culture of our great country [is] being ripped apart” with the removal of statues to Confederate leaders and generals.

Trump has announced that he will visit Kenosha on Tuesday. The Wisconsin city has been the scene of protests after a white police officer shot Jacob Blake, a Black man, four times in the back as Blake reached into a car in which his children were sitting.

Kyle Rittenhouse, a 17-year-old who was both a Trump admirer and a self-styled law enforcement enthusiast, brought a semi-automatic rifle to the scene of protests in the city and killed two people, prosecutors say.

Trump has expressed his support: on Friday the president “liked” a tweet thread beginning: “Kyle Rittenhouse is a good example of why I decided to vote for Trump.”

Of the caravan of trucks flying Trump flags that drove into the anti-racism protests in Portland on Saturday, spraying mace and firing paintballs, Trump tweeted: “GREAT PATRIOTS!”

A suspect held in the death of Danielson reportedly described himself as a supporter of “antifa”, a broad label applied to “anti-fascist” groups that Trump and the far right have accused of unsubstantiated acts of violence. Danielson was identified as a “friend and supporter” of the Patriot Prayer group, whose founder, a former Republican candidate for US Senate, has condemned white supremacy but which attracts white supremacist sympathizers.

Trump’s planned Kenosha visit was seen by Bass and others as likely to inflame tensions at a time when calls for calm and mutual understanding are needed.

“I think his visit has one purpose, and one purpose only, and that is to agitate things and to make things worse,” Bass said.

For others, Trump’s plan to visit Kenosha was ominously reminiscent of visits to scenes of other conflicts critics say he has fomented with incendiary tweets and by cheerleading violent actors.

After a white gunman who warned of a “Hispanic invasion” killed 22 people at a Walmart in El Paso, Texas last year, Trump visited despite urging from local officials not to. At the scene, Trump boasted about progress on his border wall.

A year earlier, Trump paid a similarly controversial visit to Pittsburgh, where a gunman who accused Jews of “committing genocide to his people” killed 11 at a synagogue.

Joe Biden has directly tied Trump’s rhetoric to such incidents of violence, and accused the president of unleashing “the deepest, darkest forces in this nation”.

“How far is it from Trump’s saying this ‘is an invasion’ to the shooter in El Paso declaring ‘this attack is a response to the Hispanic invasion of Texas’?” Biden has tweeted. “Not far at all.”

The Democratic nominee for president planned to visit Pittsburgh on Monday, “to lay out a core question voters face in this election: are you safe in Donald Trump’s America?”

In released excerpts of his speech, he said: “This president long ago forfeited any moral leadership in this country. He can’t stop the violence – because for years he has fomented it.”

Trump, Biden added, “may believe mouthing the words ‘law and order’ makes him strong, but his failure to call on his own supporters to stop acting as an armed militia in this country shows you how weak he is.”

Writing for the Daily Beast, the columnist Michael Tomasky said trying to convince voters that Biden represents chaos would not work. The piece was titled “White People Aren’t as Racist or Stupid as Trump Thinks”.

But four years ago, Trump showed he knew white voters, who made up 74% of the 2016 electorate, better than a lot of people. They voted 54%-39% for Trump, putting him where he is today.