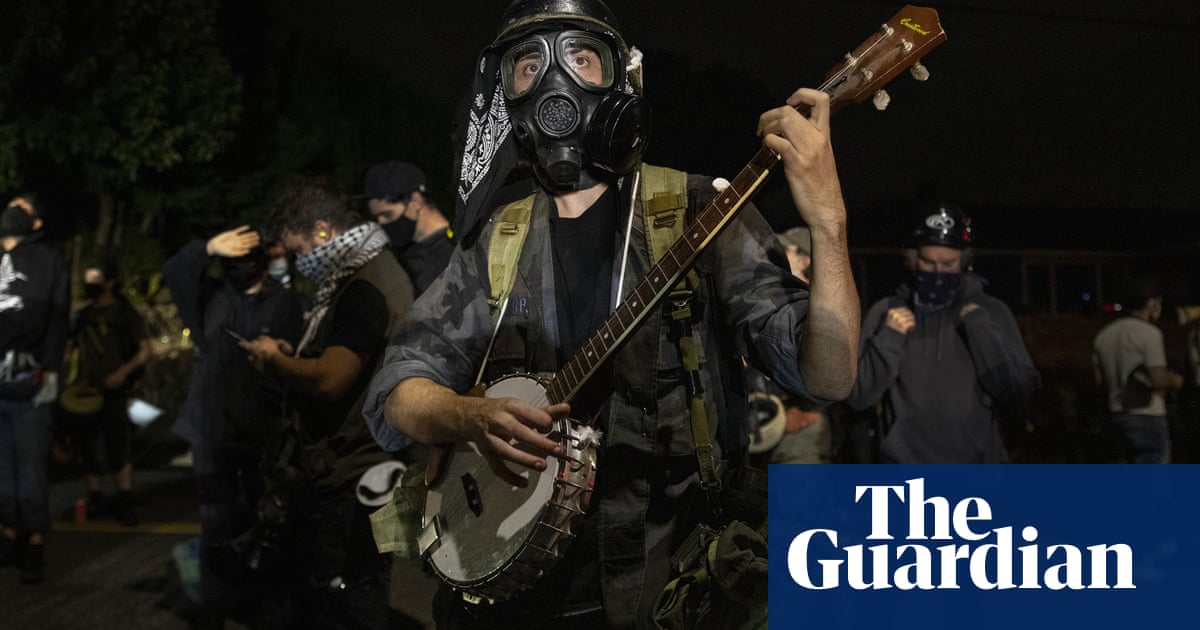 Portland police declared a protest in the north-eastern part of the Oregon city an “unlawful gathering” late on Sunday, ordering crowds to disperse or risk arrest.

“To those near the Kelly Building, this has been declared an unlawful assembly due to criminal activity,” Portland police wrote on Twitter, about a facility which houses police offices. “Failure to adhere to this order may subject you to arrest, citation, and/or the use of crowd control agents including, but not limited to, tear gas and/or impact weapons.”

The demonstration followed a fatal shooting amid clashes between supporters of Donald Trump and counter-demonstrators.

On Saturday evening, a caravan of about 600 vehicles carrying supporters of Donald Trump drove through the liberal city. It was met by counter-protesters and skirmishes broke out. About 15 minutes after the caravan left, a supporter of the rightwing group Patriot Prayer was shot dead.

The Patriot Prayer founder Joey Gibson, a former Republican candidate for US Senate, identified the victim as Aaron “Jay” Danielson, who he called a “good friend”.

“We love Jay and he had such a huge heart,” Gibson said in a Facebook post. “God bless him and the life he lived.”

It wasn’t clear if the shooting was related to the clashes in Portland, which led Governor Kate Brown to say Oregon state police would send personnel and resources to help keep the situation under control.

“We all must come together – elected officials, community leaders, all of us – to stop the cycle of violence,” Brown said.

Demonstrations against racism and police brutality have swept the US since the killing in May of George Floyd, a 46-year-old black man who died when a Minneapolis officer knelt on his neck for nearly nine minutes.

Tensions between rival groups have roiled parts of downtown Portland every night for nearly three months. In July, Trump deployed federal forces to crack down on the protests.

On Sunday, the president denounced the Portland mayor, Ted Wheeler, a Democrat, as “weak”. Seeking an electoral advantage from a “law and order” message, Trump has often said cities run by Democrats have descended into chaos.

Wheeler told reporters: “What America needs is for [Trump] to be stopped.”

He added: “Mr President, how can you think that a comment like that, if you’re watching this, is in any way helpful? It’s an aggressive stance, it is not collaborative. I certainly reached out … by saying earlier that you need to do your part and I need to do my part and then we both need to be held accountable.

“Let’s work together … Why don’t we try that for a change?”

Trump had appeared to be encouraging his supporters to move into Portland. After the shooting, the president shared a video of his supporters driving into the city and called them “GREAT PATRIOTS!”

Wheeler begged anyone who wanted to come to Portland to “seek retribution” to stay away.

“He may believe tweeting about law and order makes him strong,” Biden said, “but his failure to call on his supporters to stop seeking conflict shows just how weak he is.”