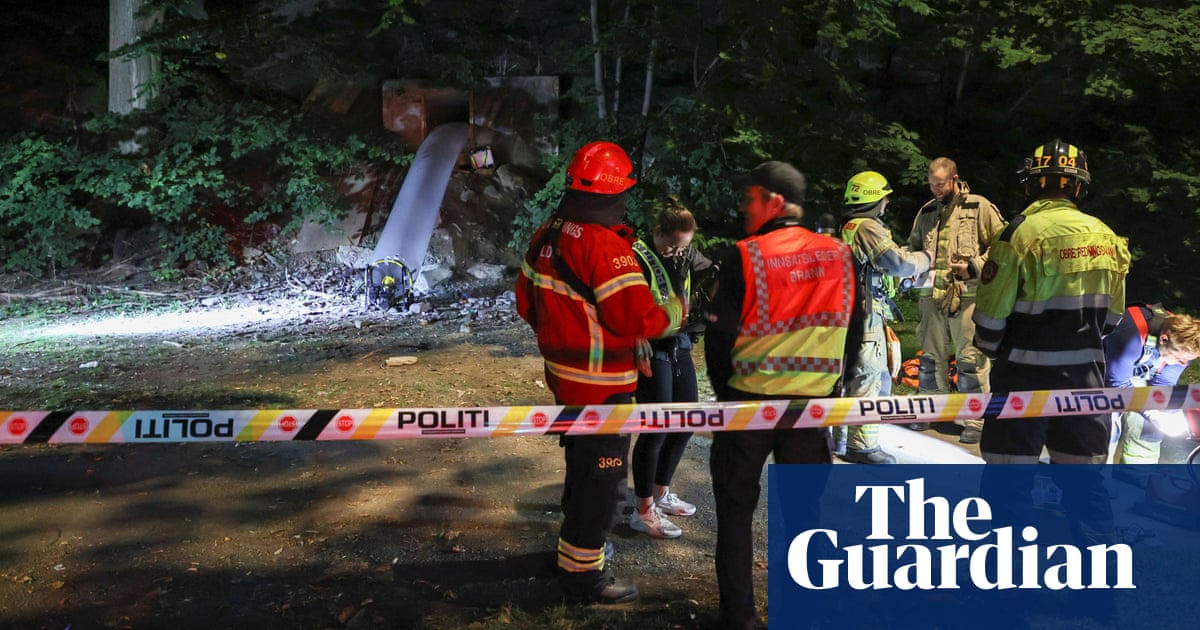 Twenty-five people were hospitalised with carbon monoxide poisoning, seven of them unconscious, after an illegal rave in a concrete bunker in Oslo.

Authorities said two portable diesel generators used to power the Saturday night party had probably produced the gas. On Monday three people were still being held for observation but no one’s life was in danger, Oslo university hospital said.

“We could have ended up with permanent injuries,” a 20-year-old woman who attended the rave told the Norwegian state broadcaster NRK from hospital. “A doctor called it a collective suicide attempt. It’s totally sick even to think about it.”

An Oslo police inspector, Emil Lorch-Falch, told the broadcaster that a single, 1 sq metre opening was the only way into and out of the 500 sq m bunker, which was buried about 70 metres underground in the capital’s St Hanshaugen area. “It was broken into,” he said.

According to Aftonbladet newspaper, the “Rave Cave” was organised secretly about three weeks in advance on Facebook. Guests were told to arrive in small groups from 11pm on Saturday so as not to attract neighbours’ or police attention. An estimated 200 people attended the event.

Oslo police operations centre said rescue services reached the scene at 3.46am on Sunday morning after a patrol reported seeing several confused young people in St Hanshaugen, some of whom were able to lead lead police to the bunker.

“We would have stopped this party immediately even if the airflow had been good,” Lars Magne Hovtun, of the city fire and rescue department, told VG newspaper. “The risk of suffocation was just one of many things posing a life-threatening situation.”

Carbon monoxide is an odourless and colourless gas produced when carbon-based fuels such as oil, gas, coal or wood are not completely burned. When breathed in it enters the bloodstream, preventing the blood from carrying oxygen.

Hovtun said that when rescue workers arrived, the carbon monoxide level in some parts of the bunker was “many times” more than the lethal level, while the oxygen level was barely 16%, compared with a minimum safe concentration of 19.5%.

“We fully expected to find several dozen unconscious people inside,” he said. “We have to say that based on the risk potential, we are quite surprised that this did not all turn out much worse.”

Two police officers were among those treated for poisoning.

The unnamed 20-year-old woman told NRK that “everything was great fun for several hours”, but then suddenly the lights went out and the music stopped. “Someone had broken into the room where the generators were,” she said.

“As we entered, the gas hit us in the face. We saw three boys there unconscious. We got very dizzy. It was very scary, we had to keep running out because we were fainting ourselves, but we had to try and pull them out little by little because we didn’t know how long they had been there.”

One of the event’s organisers, who was also hospitalised, told the broadcaster that the generators had been placed in a room with an air shaft and a metal door that had been closed and sealed off with bin liners and duct tape.

“It’s easy to be wise afterwards,” he said. “I don’t regret the event itself, but we could have had someone look after the door: if it hadn’t been opened, the event would technically have been a success. You can look at it as irresponsible, but right there and then it seemed like a good idea.”

Police are investigating why tip-offs from the public in the run-up to the party were reportedly ignored. The former civil defence bunker was opened up a few years ago when the landowner, a religious foundation, wanted to explore its potential as an underground car park, and it was subsequently resealed with wood rather than concrete.

Norway’s justice minister said last week that police would enforce guidelines outlawing private gatherings of more than 20 people and organised public events of more than 200, as the country’s average number of new daily coronavirus cases has risen to nearly 50 from single figures in recent weeks.