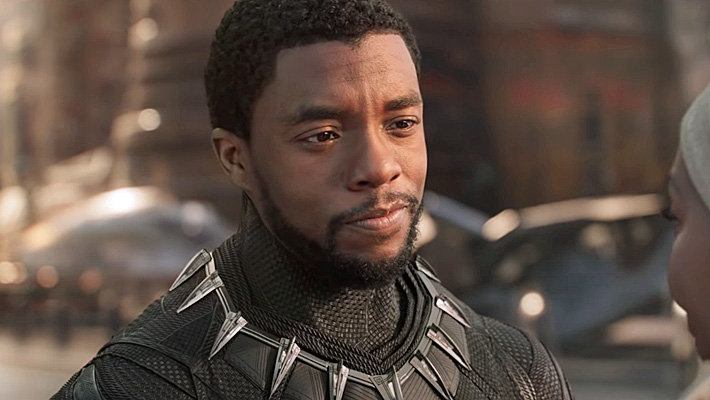 From the moment that he burst into the Marvel Cinematic Universe in Captain America: Civil War, Chadwick Boseman‘s Black Panther instantly became a captivating presence on par with Robert Downey Jr.’s Iron Man and Chris Evans’ Captain America. That presence only grew larger when Boseman’s compelling performance in his solo outing, Black Panther, took the world by storm and is one of the first Marvel movies to come within reach of Oscar Best Picture gold.

In light of Boseman’s death after a four year battle with cancer, Marvel has shared a behind-the-scenes tribute featuring filmmakers and fellow Avengers praising their experience with the Black Panther actor. The four-minute video includes Downey Jr., Evans, and Scarlett Johansson speaking in awe of Boseman’s “regal” performance and the multiple layers he brought to the table when the Marvel veterans first met him while filming Captain America: Civil War.

Black Panther director Ryan Coogler and Boseman’s co-stars Angela Bassett and Letitia Wright also appear in the tribute video and reveal their first impressions of the late actor. While the clips were clearly filmed during the making of Black Panther, Bassett’s comments about forming an instant maternal bond with Boseman echoes her touching statement on his passing. “It was meant to be for Chadwick and me to be connected, for us to be family,” Bassett wrote on Instagram before sharing an incredible anecdote about how Boseman was her student escort when the actress received an honorary degree from Howard University.

The Marvel tribute ends with Boseman opening up about his decision to play Black Panther. He says taking the role was about more than giving people an escape. It was about giving them “hope.” As the video concludes with footage of Boseman touching the lives of fans, Marvel ends with a simple, powerful message for the late actor: “You will always be our king.”